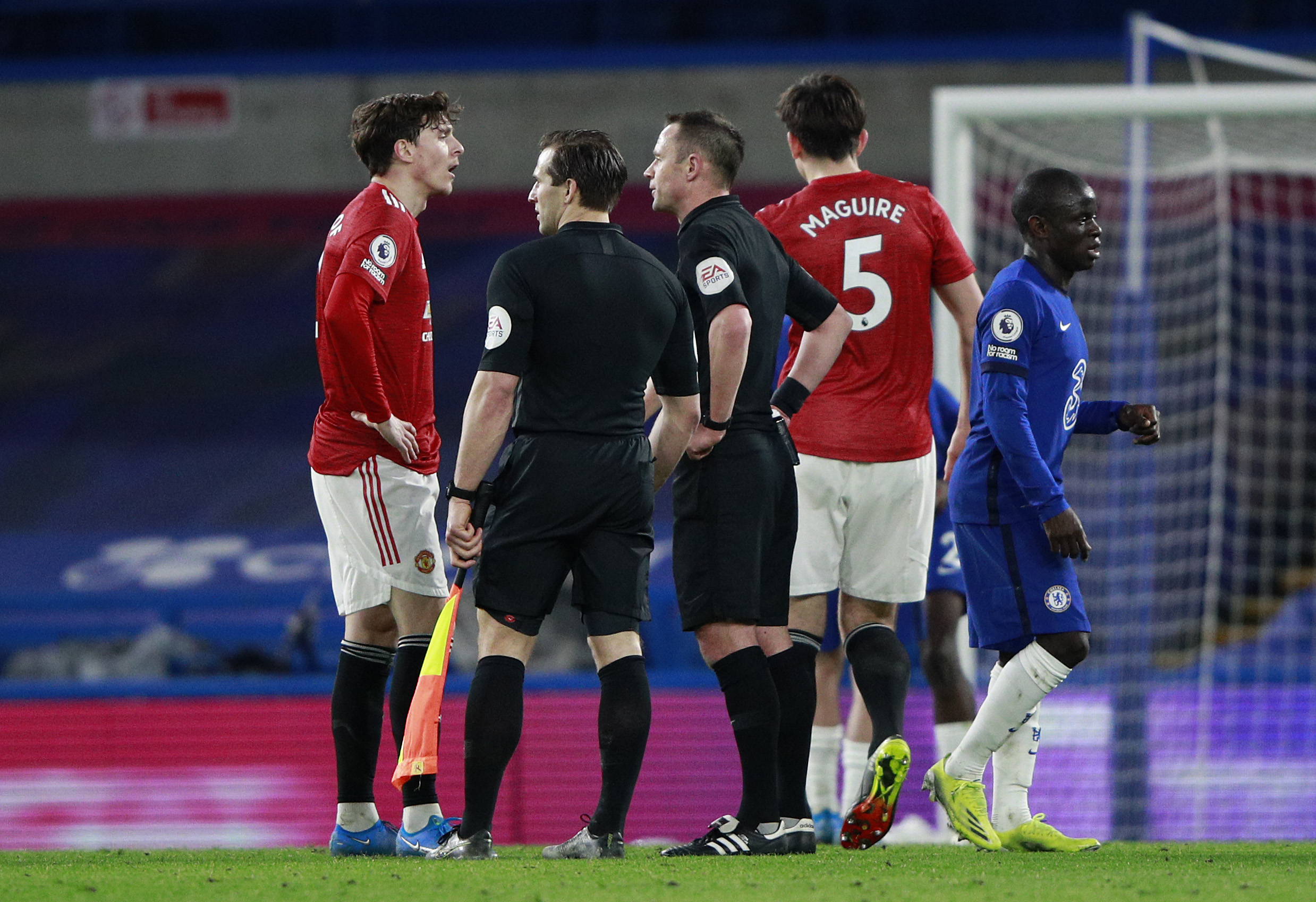 To their credit, both managers showed plenty of desire to wrap up all three points but neither found any luck in breaking the opposition’s defence.

United have now failed to find the net in each of their six Premier League meetings with Arsenal, Liverpool, Chelsea and Manchester City this season.

The Red Devils set another unwanted record at Stamford Bridge, drawing a blank in their fourth consecutive top-flight match against the Blues.

As it stands, United’s chances of closing the gap on runaway league leaders City are gone as they now have a whopping 12-point deficit on Pep Guardiola’s side.

After a cagey beginning, United came close to drawing the first blood but Marcus Rashford saw his thunderous free-kick denied by Edouard Mendy 14 minutes into the game.

Just a few moments later, referee Stuart Attwell pointed to the spot after Callum Hudson-Odoi’s handball in his 18-yard box.

However, Attwell overruled his decision on the initial infringement of play after consulting the VAR monitor, leaving the visitors at the edge of despair.

A lacklustre first-half performance from both sides made it easy for the goalkeepers, with no team managing to produce anyyhing in the final third.

Chelsea got off to a flying start to the second half, with Hakim Ziyech putting David de Gea to the test with a curled effort from inside the box.

United responded before the hour mark but Mason Greenwood’s potent attempt from the edge of the penalty area missed the target after a quick one-two with Daniel James.

The visitors continued to create all sorts of problems to Chelsea’s backline as Mendy had to pull off another masterful save to prevent Scott McTominay from breaking the deadlock in the 61st minute.

United dominated possession and controlled proceedings for the majority of the second half but could not find the way to unlock the home side’s rock-solid defence.

Fred unleashed a decent long-range effort with his weaker right foot in the 66th minute only to see the ball fly inches away from the right post.

Meanwhile, the Londoners opted to sit back and rely on counter-attacks, and they almost caught United in transition.

Both sides tried to grab a late winner from a long-range distance through Fred and Mateo Kovacic, but the keepers managed to stand their ground.

In the end, the arch-rivals had to settle with a draw that did not bring much joy to either manager.