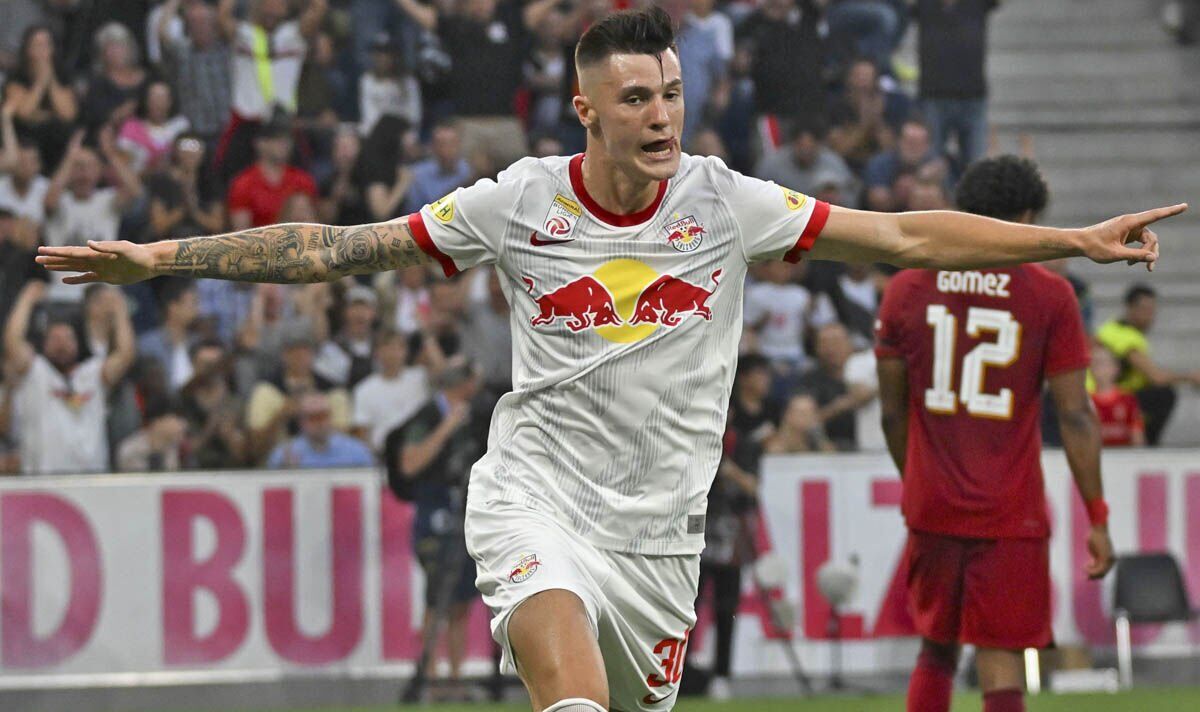 The 19-year-old made a huge impression in his breakthrough season with Red Bull Salzburg last season, bagging 10 goals and seven assists from 36 outings.

He has continued his fine form this term with two goals and one assist from three games. The teenager also scored the winner in a friendly against Liverpool.

United are already known to have engaged in discussions with Sesko’s agent Elvis Basanovic, but he won’t come for cheap with an asking price of £55 million.

Amidst this, it is claimed that Chelsea have entered the pursuit with Basanovic holding talks with Blues new owner Boehly over the highly-rated marksman.

Sesko has been touted as the next big thing at Salzburg after Erling Braut Haaland, and he has certainly made a big impression in his early playing career.

There are no surprises that some of the top European clubs are vying for him. He could be an ideal signing for United regardless of whether Cristiano Ronaldo stays or not.

The teenager is good with his dribbling and movement in the final third. He also possesses good finishing skills, ability to make key passes and has an aerial presence in the box.

At just 19, he has the qualities of a top striker. Erik ten Hag has built his reputation of getting the best out of youngsters. He has turned many emerging stars into elite performers.

Sesko would have the right platform to develop under the Dutch tactician at United, and the hierarchy need to press ahead to sign him with Chelsea now entering the pursuit.

Anthony Martial has fared well during pre-season, but Sesko would provide quality competition. If Ronaldo stays, it is likely that his workload needs to be managed to avoid injuries.

Sesko should get a fair amount of playing time over the course of the 2022/23 campaign. He will need time to adapt, but could emerge as a leading striker for United in years to come.