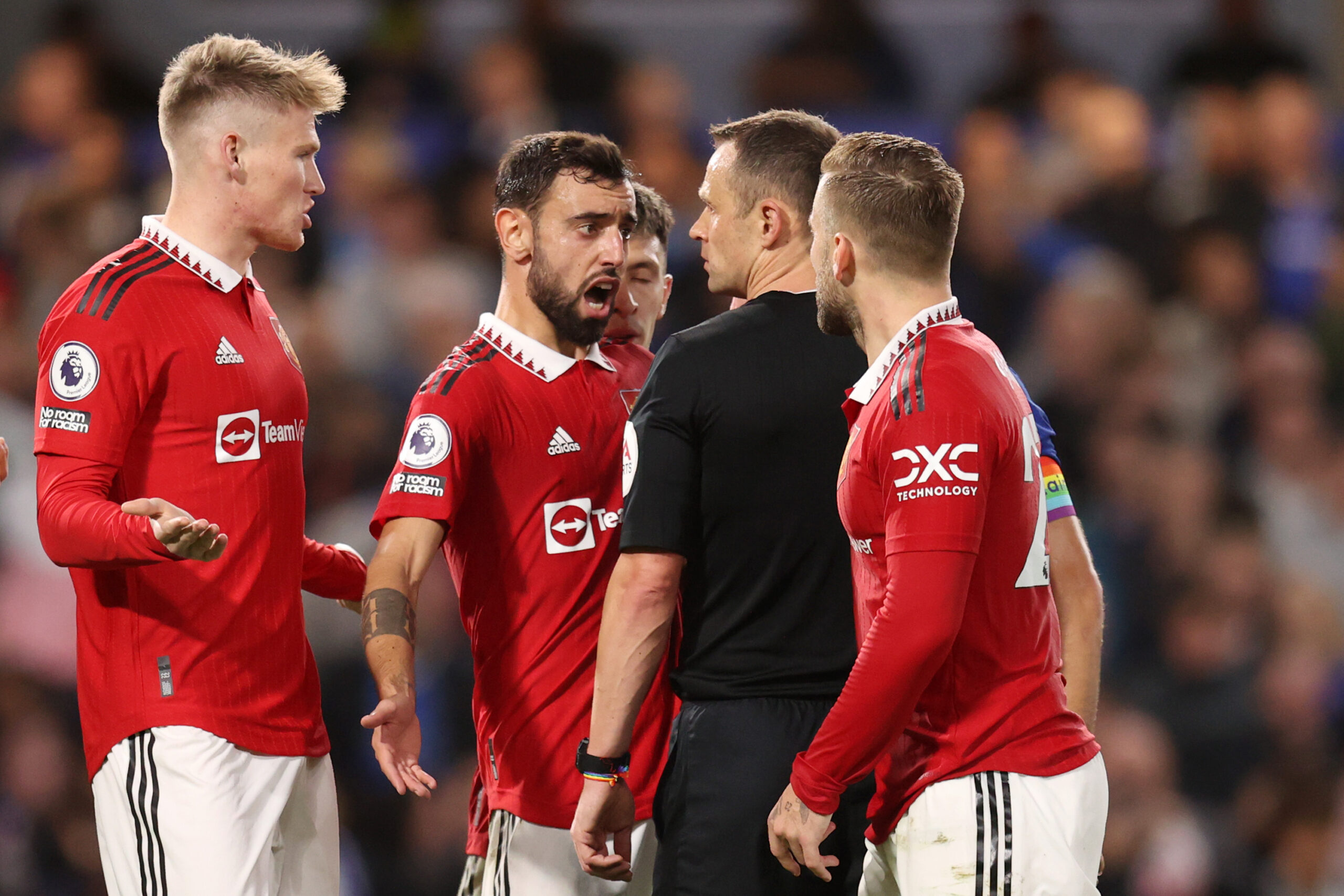 Manchester United and Chelsea fought out a 1-1 draw at Stamford Bridge as two holding midfielders registered their names on the scoresheet.

Erik ten Hag made only one change from their 2-0 win over Tottenham Hotspur, with Fred making way for Christian Eriksen.

United commanded the early proceedings, which forced Graham Potter to make a tactical switch from back five to back four.

This switch helped the Blues to take more control of the game, especially after the break.

In the 87th minute, Scott McTominay’s tussle with Armando Broja during a corner forced the referee to point to the penalty spot.

Jorginho stepped up and successfully placed the ball into the net to break the deadlock.

An injury-time goal from Casemiro, his first for United, helped the Red Devils to take a point from this crucial game.

Here are our three talking points from this dull game.

It wouldn’t be wrong to say that the game did not live up to its pre-match hype. Both teams dictated the game at some point in time but were lacking ideas in the final third.

The Red Devils were marginally better – if any team deserved to win, it was them. The penalty conceded by McTominay fired up the last few minutes of the game.

Jorginho’s goal gave Chelsea the hope that they have stolen away the three points, but five-time Champions League winner Casemiro had other plans.

He leapt the highest to meet Luke Shaw’s cross and headed it past Kepa.

Marcus Rashford has been more productive this campaign than he was last season. But that should not hide the fact that he has squandered loads of chances to score goals.

Starting in the number nine position, being clinical is very important. He fired three shots directly at Hugo Lloris in the previous game which drew criticism of his finishing skills.

It was a similar story against Chelsea as he failed to put United ahead. An early lead would have calmed the nerves of his teammates but Rashford proved wasteful again. Maybe Cristiano Ronaldo could have done better.

After Rashford was substituted, Bruno Fernandes operated as a striker. The role was soon passed on to McTominay. Signing a centre-forward looks a must for Ten Hag.

The manager must ponder the striker situation, but he must also consider Jadon Sancho’s contribution. The England international proved to be the weakest link of the team again.

He looks out of ideas when entering the opposition’s box. He didn’t take the players on, misplaced his passes and offered nothing creatively.

Spending some time on the bench might be the best for the winger right now.

The France international was left on the floor after he jarred his knee in an attempt to make a tackle.

He was highly emotional when he left the pitch, fearing that this injury may rule him out of the World Cup.

His teammates tried to console him, but he covered his face with his shirt to hide his tears from the cameras.

Varane has been one of United’s standout players. If he is out for a lengthy period, it would be a huge setback for the Red Devils and France.