Casemiro to wear the number 18 jersey at Manchester United 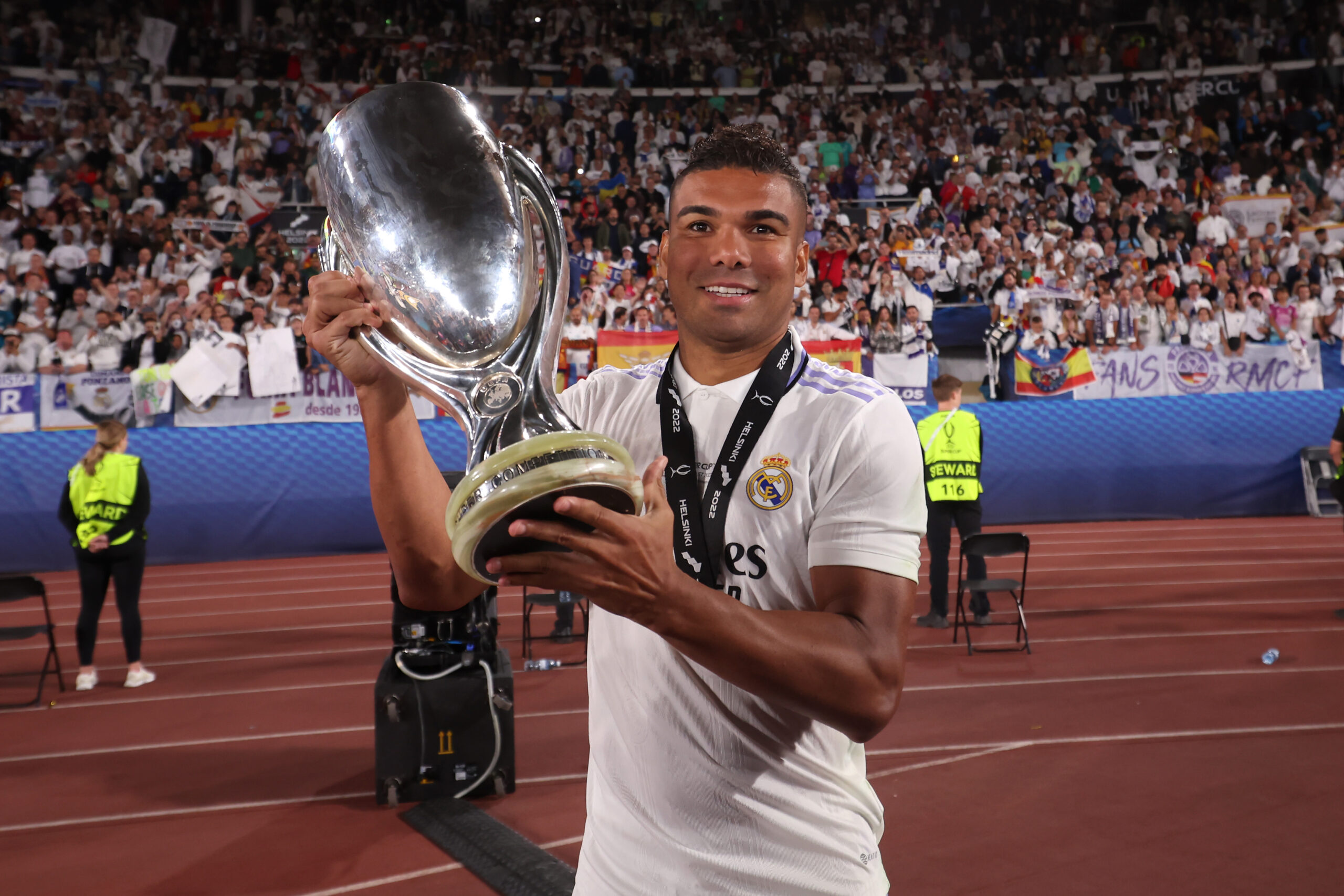 New Manchester United signing Casemiro will be given the No 18 jersey when he officially completes his move to the 20-time Premier League champions, according to The Mirror.

United confirmed last week that they have reached an agreement with Real Madrid over a deal for Casemiro who is not expected to feature tonight in the heavyweight clash against arch-rivals Liverpool.

The razilian is set to be unveiled later this week when all the formalities surrounding his move are expected to have been completed.

His shirt number has now been revealed and it is a figure that has been donned by one of the greatest Red Devils of all time, Paul Scholes, and most recently, Bruno Fernandes.

Casemiro ditched the Spanish capital for Old Trafford having won the lot at Real Madrid and his new employers will be hoping that he can help restore the winning mentality that once was in the red half of Manchester.

Casemiro has all the tools to become a United legend

If his time at the Santiago Bernabeu is anything to go by, then United may have just landed themselves one of their best acquisitions not only in recent years but also of all time.

Alongside Luka Modric and Toni Kroos, Casemiro was part of one of the best midfield trios in history which helped Madrid romp to three Champions League titles in a row between 2016 and 2018.

As Erik ten Hag’s men look to restore their competitive edge and glory days of yesteryear, the addition of Casemiro is certainly a step in the right direction off the back of what has been a rough start to the 2022/23 campaign.

While replicating Scholes’ achievements with United seems unrealistic for the 30-year-old, he could very well etch his name in the history books at the end of his spell at the Theatre of Dreams.