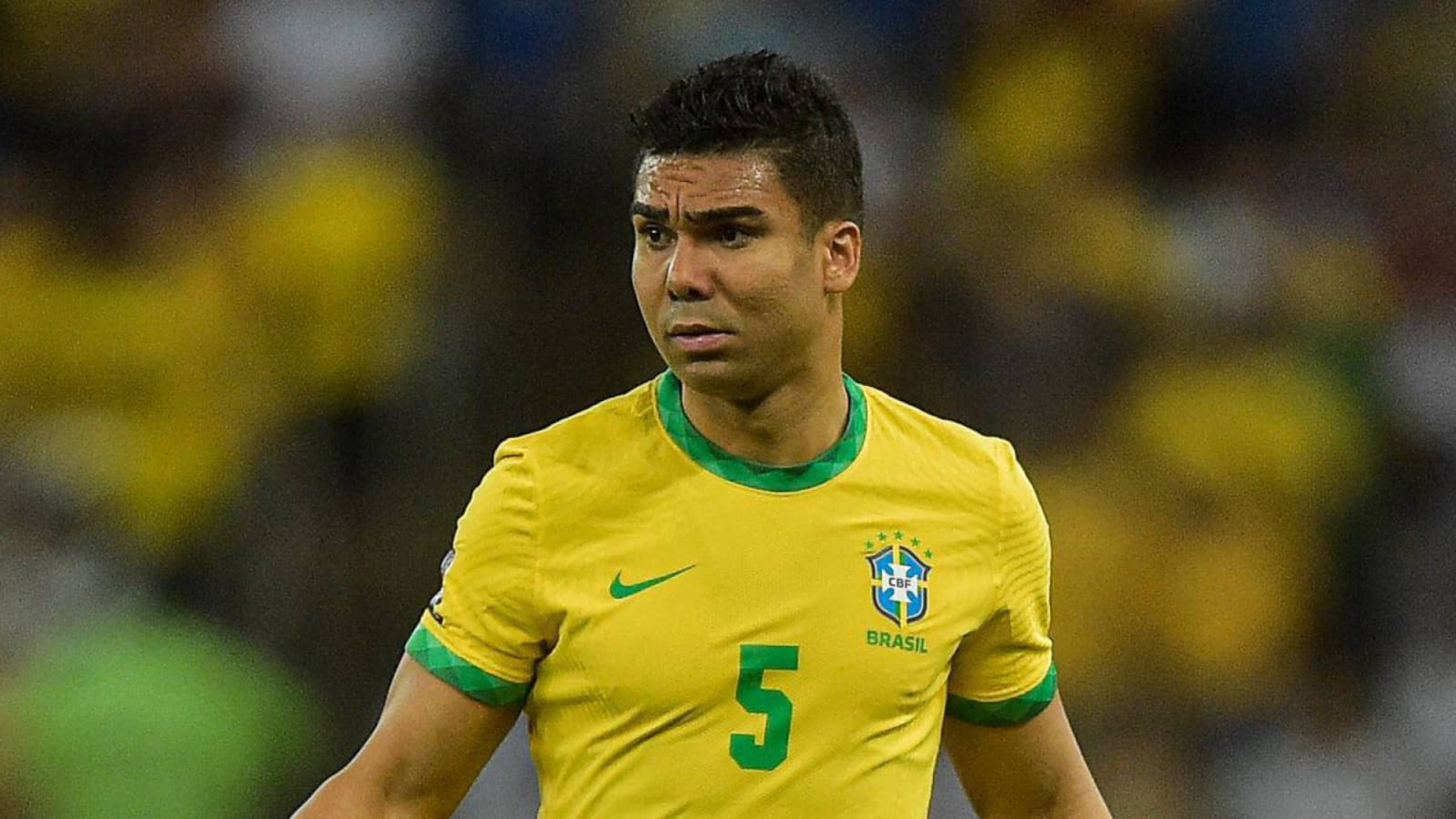 Casemiro was to pivotal in Brazil's performance

The Manchester United trio of Casemiro, Fred and Antony were all involved as Brazil secured a 2-0 victory over Serbia in the World Cup last night.

Casemiro started the game for Brazil, while Fred and Antony came off the bench late in the second half.

The Group G fixture between the five-time World Cup winners and Serbia was played at the Lusail Stadium in Al Daayen.

While the men in yellow aimed to secure their first win of the tournament, Serbia looked for an upset with their sturdy defensive performance.

Two goals from Tottenham Hotspur star Richarlison dashed Serbia’s hopes to seal a comfortable victory for the Latin American side.

While Richarlison was the star of the game with a sensational bicycle kick goal, Casemiro’s solid display in midfield ensured Brazil’s dominance in the game, especially in the second half.

The former Real Madrid star was architectural in midfield with a 86 percent passing accuracy. He was also instrumental in thwarting Serbian attacks, winning five out of six attempted duels.

The United star was also supreme in attack as he came close to scoring in the latter stages of the match. However, his curled shot came off the woodwork.

Casemiro’s performance was defined by his sense of positioning in the midfield and a keen eye for the right pass. This was exemplified by his exceptional through ball in the first half.

The former Champions League winner also completed 22 out of 27 attempted line breaks in the match, the highest on the pitch.

Despite coming on for only 15 minutes, Fred showed energy and directness as he made his presence felt in the opposition half.

The United star was impressive with his passing range and even had a shot on target. The same cannot be said for Antony, who was unable to make an impact in the short time he was on the pitch.

The former Ajax star only attempted one shot, which was off target, and also had one unsuccessful dribble attempt.

Overall it was a good day at the office for United’s midfielders as both Portugal star Bruno Fernandes and Casemiro were at the heart of their team’s victories.