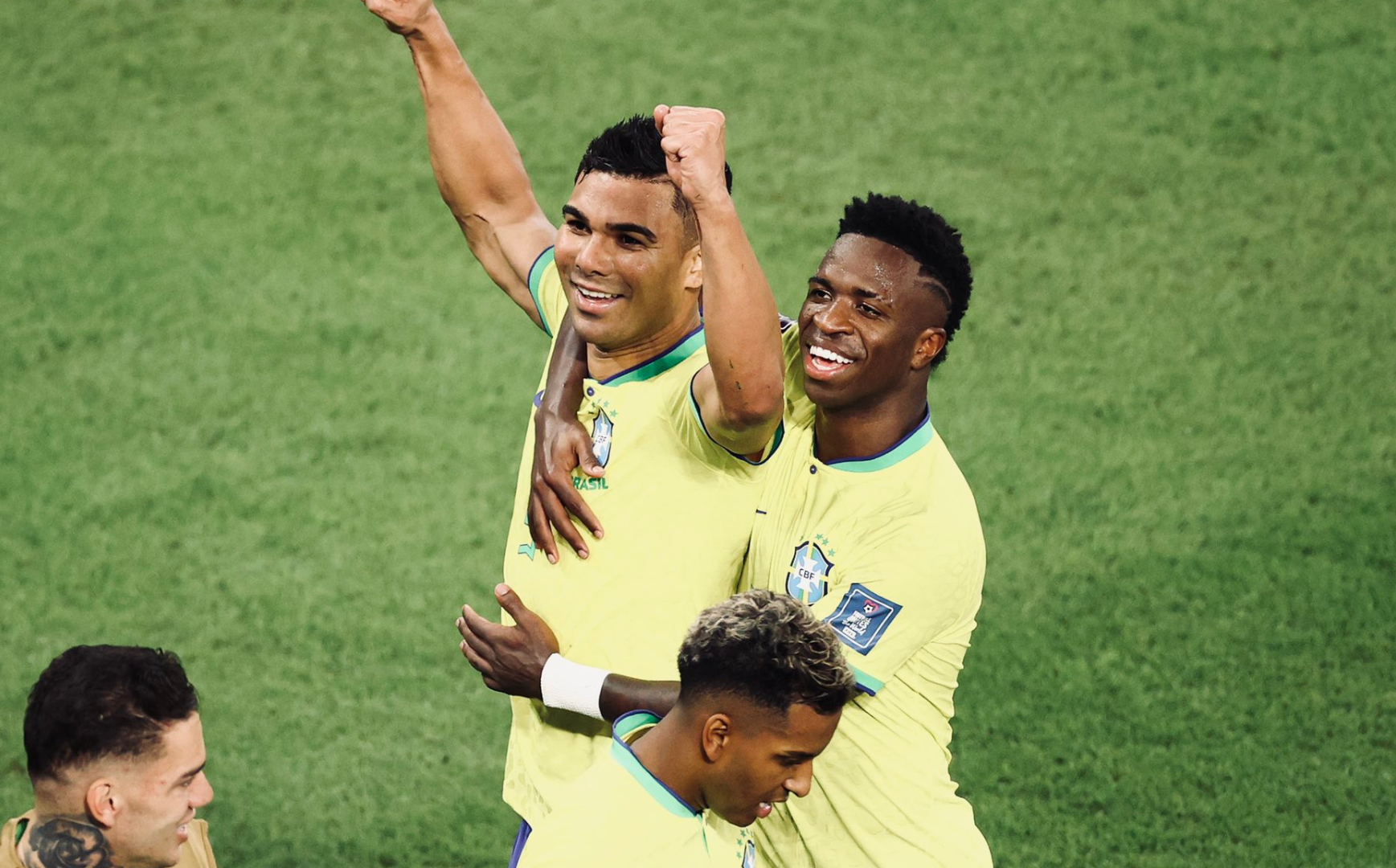 Manchester United duo of Casemiro and Fred were in great form as Brazil progressed to the round of 16 at the World Cup with a 1-0 win over Switzerland today.

With a win already in their kitty, the Selecao started the game at Stadium 974 on the front foot. By contrast, the Swiss presented a threat sparsely in an uneventful first half.

Things lit up after the break with a goal from Vinicius Jr, but Richarlison was ruled offside in the build-up.

However, with the game poised to end in a stalemate, Casemiro popped up at the edge of the Swiss penalty area in the 83rd minute to blast in a beautiful volley.

As the shot flew into the bottom corner, the United midfielder proved again to be a crucial cog in the Brazil wheel.

The former Real Madrid star was industrious in midfield, as he had 61 touches in the game with an 85 percent passing accuracy. He also completed two out of three attempted long balls.

Casemiro’s club teammate Fred was also in the thick of things throughout the game as they looked to join France star Raphael Varane in the last 16.

Despite going off in the 58th minute, the central midfielder made his presence felt. He scored an 86 percent passing accuracy with 34 touches and provided one key pass.

Recently recruited United forward Antony started the game from the bench. He came on in the 73rd minute, replacing Raphinha.

The former Ajax star shone in the few minutes he was on the pitch with a 92 percent passing accuracy and completing one out of three attempted dribbles.

Alex Telles, who is currently out on loan with Sevilla from the Red Devils, also featured in the contest, coming off the bench in the 86th minute. However, he had little impact on the game.

Brazil’s final group game will see them face Cameroon. Casemiro, who has been in excellent form during the tournament, will once again look to prove his worth.