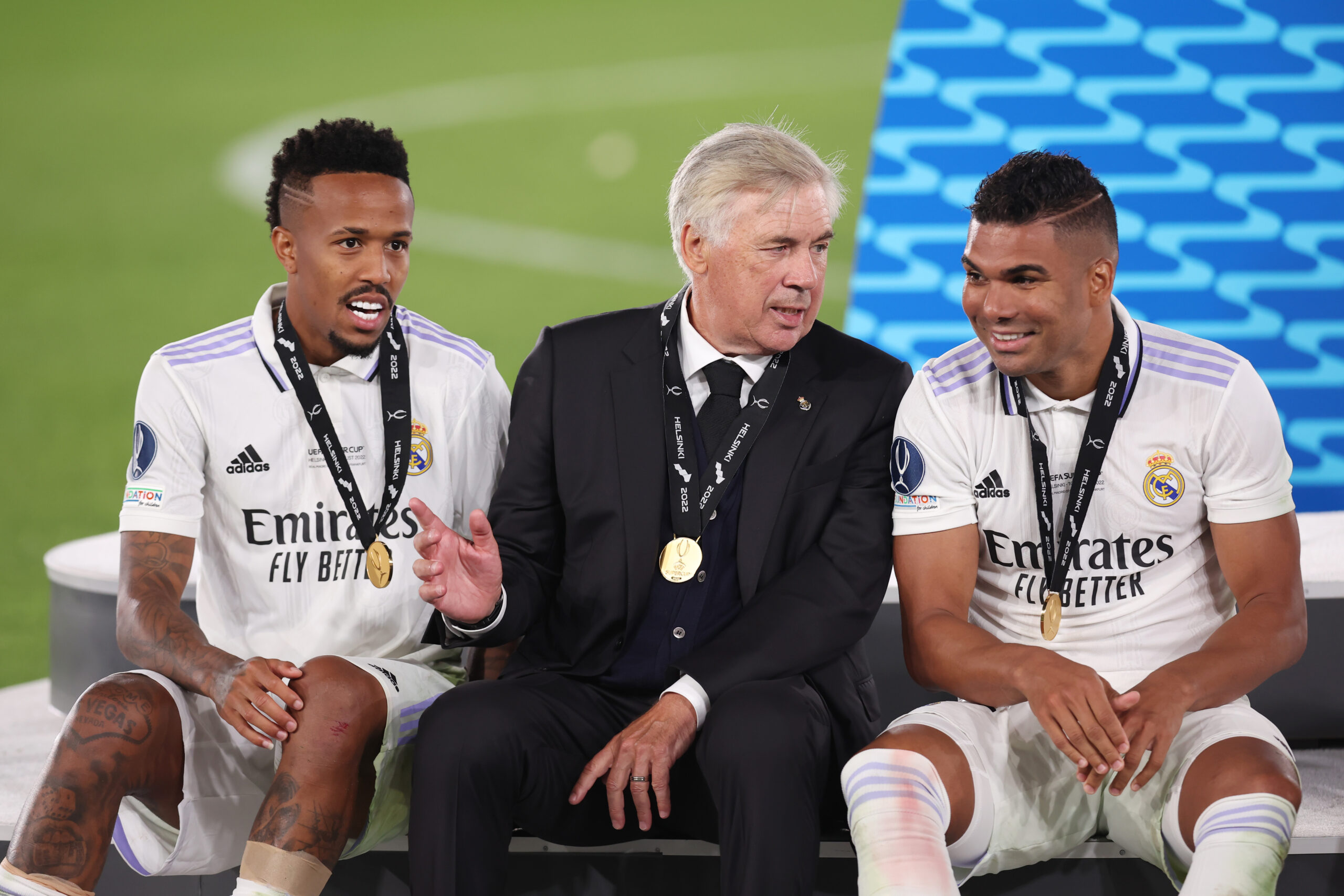 Real Madrid manager Carlo Ancelotti has confirmed that Casemiro has asked to leave the club in order to pursue a new challenge in his career.

Manchester United opened negotiations with Los Blancos for the Brazilian earlier this week, and they are now on the verge of signing him in a deal worth €70 million.

Ahead of the anticipated transfer, Ancelotti has acknowledged that the 30-year-old has requested to leave and the club have decided to respect his decision.

The Italian added that Casemiro has made a personal choice, and aimed a dig at United by saying that he has traded the European Champions for a ‘struggling side’.

“Casemiro asked to leave, we have to respect his decision. We are not sad, the love for him is big. We are respectful.”

“Casemiro knows what Real Madrid is. But his wish is this. It’s something personal. Sometimes you want to try something new.

“I can’t reply as to why Casemiro traded European Champions for a struggling side, it’s his personal decision.”

United have made a disastrous start to the season with back-to-back losses. The nature of the defeats have led to fierce criticism from fans.

This was always expected to coincide with a late spending spree, and it looks set to begin with the acquisition of Casemiro from Madrid.

Ancelotti has highlighted United as a ‘struggling side’, but the Italian may have forgotten that he was managing Everton just over 14 months ago.

His comments don’t bother us in anyway. Casemiro will receive a big payday at United, but the club also stand to benefit from his world-class qualities.

The Brazilian should provide a much-needed resolve in front of the backline with his strong tackling, intercepting skills, clearances and aerial prowess.

Within a space of one week, United have gone from negotiating with Juventus’ Adrien Rabiot to securing a stunning deal for a genuine match-winner.

This should undoubtedly delight many fans, but they may need to wait longer for the Brazilian’s debut.

Casemiro has yet to undergo his medical. With the cut-off time (Friday 12pm) for registration having passed for the matchday, he won’t face Liverpool on Monday.

At best, he could be available for the away trip to Southampton, a week on Saturday.