Capturing Ronaldo Would Be Defining Move For David Moyes 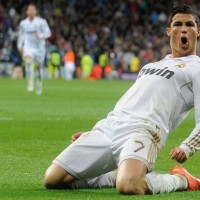 I think I should start off today saying that after having submitted numerous articles where I have spewed disgust and frustration at the ownership of Manchester United, it’s time for a more positive approach based on news that has begun to go viral the past 24 hours or so.

First off let me say that I am not the fickle individual some of you have accused me of in the past. I am not one who likes to condemn one day and praise the next. But it is hard to ignore the reports that begun with a world exclusive in the Daily Star on August 1st, 2013 and have since spread virally through most of the football reporting blogs and websites around, both tabloid and reputable in nature.

I am of course referring to the supposed aggressive approach Manchester United is using to secure the transfer of the world’s second best player (#1 in my books) Cristiano Ronaldo from Real Madrid. In my last article I described the tactics used by the Glazers during this years transfer window as nothing more than a ruse and contemptible. I attacked their deceitful attitude, lack of true intent and their intentional targeting of unrealistic signings due to obvious circumstances. With that said I ended that article claiming that the last step in this elaborate ruse would be the false pursuit of Cristiano Ronaldo. And I really believe what I wrote then but I am starting to waver a bit and there may be a few cracks forming over my hypothesis.

At no time did I ever feel that chasing targets like Thiago, Fabregas, Gundogan and Modric would ever bare fruit. While there is always a small percentage of a chance that the unrealistic signing you target decides he is interested and his club decides to sell, banking your clubs future on these type of tactics is folly and sure to fail 98% of the time. But what if in all my anger and frustration I had missed something so cunning and so brilliant in it’s manipulation that the reasons for these pointless pursuits were all part of the master plan to get one Cristiano Ronaldo all along?

I am starting to think with a more positive light right now and I hope and pray that reality and the all so predictable hand of Malcolm Glazer don’t slap me back into the real world, but until that happens hear me out. I am starting to believe with a little part of my mind and soul that this elaborate ruse perpetrated by the Glazer marketing machine and manager David Moyes was actually a ploy designed and utilized Moyes to focus the attention of supporters and especially the media on those unrealistic player targets and thus allowing United to secretly start negotiations with Real Madrid for the big prize and number one target all along, that being the unhappy Mr. Ronaldo. 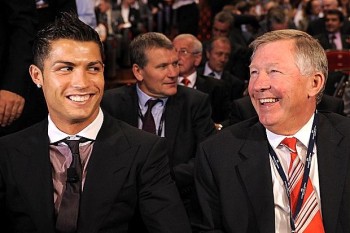 If so, then my hat goes off to Moyes for some shrewd tactics and a massive pair of bollocks. Well played indeed. Is it possible that despite all my assumptions and accusations, the Glazers have actually bankrolled the acquisition of Ronaldo all along and that Fergie was truthful when he said that if Cristiano wanted to come home, he’d make it happen? As I write this article right now Edward Woodward has apparently been working with Real Madrid for the past two weeks in long and complicated series of negotiations to buy Ronado. This is supposedly the reason he returned early from Asia two weeks ago. Initially supporters and the media all believed it was to either secure the Fabregas deal or to pave the way for a Wayne Rooney departure. Right now it is looking like Ronaldo was the prime motivation all along.

This whole cloak and dagger approach seems to make sense when you consider what Real Madrid has been doing the past few weeks. They have aggressively pursued Tottenham’s Gareth Bale and are ready to break the world transfer record to get a player that is Ronaldo Lite or Ronaldo Version 2.0. A player who has become the third best player in the world at the age of 24 and who also happens to play the same position like Ronaldo and who has been granted freedom on the pitch to properly express himself. These two players will not and cannot coexist on the same team. A club cannot have two wingers that are like that, especially when both play the left side. Yes Ronaldo can play on the right but if you want more goals from him, you play him on the left so that he can cut in and shoot with his favoured right foot.

Real Madrid has been obsessed with getting Bale for some time now and it is looking more and more likely that this will indeed happen within days. Bale wants the move to Spain and lets be frank, Spurs cannot say no to the money they are being offered, especially if they can also get a fine player added to the deal. This all points to the obvious, that Madrid are preparing things for a Ronaldo departure. We all know that they have tried to get Ronny to sign an extension to his contract but they are unwilling to give him the money he is demanding per week which is believed to be around £200,000 a week. He also wants to retain a higher percentage back from the £13.45million he makes from off-pitch deals. Real disagree and insist on splitting with him as they want a substantial cut from all their player’s private deals because they reason that playing for Real Madrid is the primary reason these opportunities arise. A wacky expectation for sure because the players never get a cent off of promotions and licensing deals Real make for themselves thanks to the sweat and success of their players on the pitch. A double standard if ever there was one.

So how is United supposedly going to afford the £60 million to £80 million it will take to buy Ronaldo, and then and most importantly, how would they possibly be able to afford to pay Ronaldo the salary he demands? A salary that would not only break the Manchester United record, but shatter it. Well to be honest I only know part of the answer to that? I have no idea whether the Glazers do or do not have the funds to buy Ronaldo. Yes United is a rich club when it comes to the revenue it generates, but we all know where that goes. Will the Glazers and have the Glazers given their sincere and true blessings to pursue the capture of the world’s finest talent (sorry Messi fans)? If they have it must be because they like myself see the unlimited marketing potential a player like that gives to a club when it comes to selling and promoting the brand locally and especially world-wide. Added to this, Ronaldo guarantees for the near future anyway, that Manchester United maintains it’s place at the hierarchical top of the English game as well as it makes them instant contenders to once again to be legitimate threats in Europe. Ronny’s marketing potential may already be behind his potential capture as it is strongly rumoured that our major sponsor Chevrolet is going to be a major contributor in paying Ronaldo’s salary as they see him as the ideal world famous figure they need to promote their vehicles. From that line of thinking it this seems to be a win/win situation.

But here comes the major fly in the ointment scenario that makes me question whether this is just another bullshit ruse. Marca is the number one newspaper in Spain. They are also politically aligned to Real Madrid. They know everything that goes on with the club like who’s coming, who’s going etc. They also collaborate and conspire with the club to tap up and unsettle players and often Madrid use their own players through Marca to sweet talk potential targets to come to Real Madrid. Their relationship is a strong one and a sleazy one to boot. 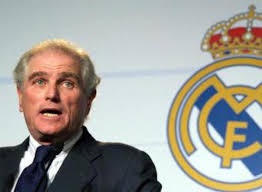 So tell me then, why have we heard nothing from Marca in the past two weeks regarding a Ronaldo to United sale? Marca has been the frontrunner in news regarding the potential capture of Gareth Bale, but at the same time, they have reported nothing about Ronaldo’s potential departure until former Real Madrid President Ramon Calderon came out and said he believed the aggressive pursuit of Bale meant that Real were preparing to sell Ronaldo. Calderon never said to whom and when, but he did link the two players as I have in a one comes in and the other goes out scenario.

Bottom line is Marca has been very quiet so I really wonder if I am just trying to be positive for a change and if I am allowing myself to be wound up only to have that predictable failure and disappointment bring me crashing down in the end? I want Ronaldo to return to Old Trafford more than anything short of winning the Champions League again. United need Ronaldo………BADLY. A few weeks ago I said I would be willing to let the club struggle in their areas of need like midfield and left back if it meant all resources would go to bringing Ronny back home. He is that great a player and that great a positive presence and influence. We need that one world-class player that elevates our game to the next level and that makes us think less about our weaknesses. I drool over the partnership of Ronaldo with Robin van Persie. I also believe that Ronaldo returning would ignite Wayne Rooney’s passion for the club again and make him want to stay. Although I am certain that a caveat to Ronaldo coming would mean the sure sale of Rooney to help in the purchase. 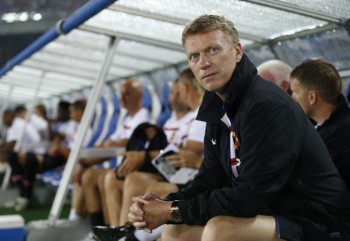 Ronaldo is the missing link. He would keep us on top and would improve us immeasurably. Above all, he would be the feather in the cap of David Moyes and would forever take that monkey of his shoulder that he was unable to secure a big name signing. A defining move of this magnitude could be the start of a great tenure for Moyes as manager. In my opinion there is no bigger signing on the planet than Cristiano Ronaldo. Getting him would make the Thiago’s, Fabregas’s and Modric’s of the world think more seriously about choosing United as their next club. He would give us back our mojo and would actually call many of the dogs like myself off of the Glazer family who up to now have done nothing to warrant our support, trust, respect or thanks. I would be grateful to them if we got Ronaldo as I think he is that great and that important to the future stability and dominance of this great club.

I am certain that major poachers like Manchester City and PSG may have something up their sleeves too but we still hold a major trump card over them when it comes to this player. He already has a fine history with us, he loves the club and he loves the former manager who still works at the club. At the end of the day the ball is in the Glazer’s court as to whether this happens or not. David Moyes may have pulled off the best slight of hand ever produced if indeed he manages to secure Ronaldo. It would make our club great and personally, it would make my millennium. I know the harsh reality that exists will probably end up biting me in the ass, but damn it, I want to dream the dream. Finally I beg the Glazers to not live up to my expectations.