Can United tame the Chelsea beast? 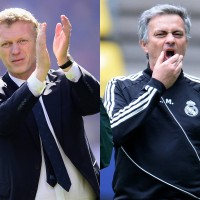 It’s time to write something from a lighter perspective and catch the tension before Monday’s epic encounter with Chelsea. I’m absolutely exhausted and frustrated talking about the transfer window so the upcoming clash of the titans is a welcome distraction and a chance to offer my two cents on and what I’m expecting to see.

I think this game has all kinds of possibilities but I also think both managers will approach the game with a lot of caution.

David Moyes has home advantage and the crowd in his favour while our form vs Swansea leaves many with much encouragement going into this game.

As much as I have been negative this summer over our transfer window failures, I do feel that although the club is relatively unchanged, I still feel we have more than enough club to handle Chelsea at home.

My initial thoughts a week ago were that we would be lucky to come out of this match with a draw but circumstances have changed since and I honestly feel more encouraged. Although many may be impressed with the fact Chelsea have come out of the gate with two wins on the trot, I am not so ready to jump on their bandwagon quite yet. Although I predict they will be champions this year, I still feel that as of right now, they are project under development and they haven’t even come close to reaching their stride. Chelsea’s two wins at home vs Hull City and Aston Villa did not impress me that much. Their pace and pressing was impressive but they really never created many chances and when they did, most were poorly squandered.

Jose Mourinho has a real problem on his hands. He is without a world-class striker. Fernando Torres is no longer that kind of player and has become a classic waster of quality chances. Roman Lukaku has potential but I really do not think he fits into Mourinho’s long-term plans and he is not the second coming of Didier Drogba. Demba Ba can do a lot but putting a bulge in the old onion bag is not one of his specialities. No, Jose Mourinho has many skilled creators in midfield but no major finisher up front. His best finisher is still Frank Lampard and for me this is a real weakness in the Chelsea setup. 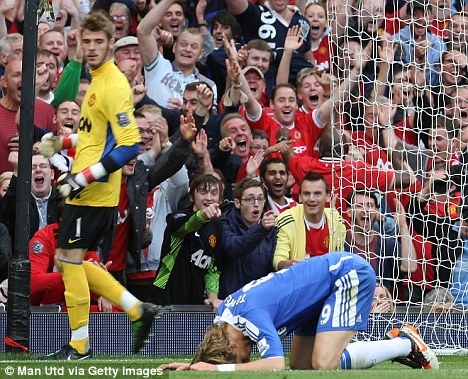 Of course they are still a potentially dangerous club with players like Oscar, Mata, Luiz, Hazard and Lampard scheming in the middle of the pitch, but that lack of finish at the top of the pyramid is an area of concern to them. Now they have signed Wilian but I think it will be some time before he really feels comfortable in blue and he probably won’t start or even play against us. It’s obvious to me however that Mourinho’s aggressiveness in trying to sign Rooney is no joke because Rooney is that last piece of the puzzle that would make that team awesome. That’s all the more reason why David Moyes must not sell Rooney to Chelsea. That move could do long term damage to our title hopes.

The rumours are circulating that Moyes is actually planning on starting Rooney in this game. I for one am totally for this plan of attack. Although Rooney deserves nothing but a cold hard winter on the bench for his disloyalty and immaturity, I think starting him would answer a couple of key questions? Will he rise to the occasion and show the professionalism and pride of being a Red Devil and put the boots to Chelsea? Or will he float around and coast until he is removed from the game via a substitution or an ejection? If Rooney shows up he will have answered his critics about whether he is truly willing to stay and play hard for this club. If he goes through the motions against ythe one team that wants to buy him, then that also answers our question of whether he should be sold or not? I am going to go against my better instinct here and be positive. Wayne Rooney will play great and he will also score a goal for us. Can you believe I wrote that?

As for the rest of our squad, I am expecting more brilliance from Robin van Persie and I am hoping that Danny Welbeck continues his outstanding play to give us multiple targets up front. Of course my big concern is that although we are far superior to Chelsea up front with RVP, Rooney and Welbeck we are badly outnumbered in quality in the midfield. Mourinho can throw five midfielders at us of which 3 or 4 are world-class. We counter that with Michael Carrick and a prayer. This is not the first time we have faced Chelsea with a depleted or inferior midfield and in the past we have handled things quite well for the most part. Old Trafford is a tough place to play, even for Chelsea. 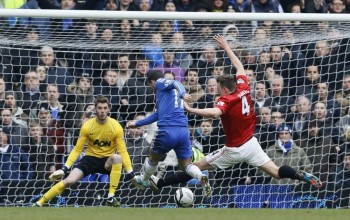 Comparing the defensive back fours is pretty easy. Both clubs have solid back fours with left backs that like to attack and occasionally find themselves out of position defensively. If Patrice Evra performs his defensive duties, we will do well. We are healthy at CB and that gives us a real advantage. Phil Jones has to have a great game containing Eden Hazard on the left flank. I think he can do the job. David De Gea for me is the best keeper in the EPL and he will need to make his big saves but with Chelsea being a tall and physical team, he needs to handle high balls into the box better than he traditionally does.

Our bench is my big worry. Who is available and who isn’t? Where has Chicharito been? He could be the sniper we need near the end of the game to snag us a win or a draw. Is he injured or what? Our starting midfield is pedestrian and our backups are an embarrassment. This worries me if we have an injury or one of our starters under performs. Chelsea of course offers a lot of quality on their bench. Depending on what rotation Mourinho uses, he has at least four quality players to call on.

After it’s all said and done, the game will come down to the two managers. Generally I would pick Mourinho to beat Moyes but this is a big game for Dave as it’s his first home game as United manager. He will have done his homework and will be prepared for anything the “Special One” has to offer up. Mourinho for all his brilliance as manager is just getting acclimated to the Barclays Premier League again.

Things have changed since he was last here and he will need some time to get his team functioning on all cylinders. David Moyes will also need time to really get United playing his brand of football but for now, I think momentum, home field advantage and Chelsea’s weakness up front will be enough to see United through. I am predicting United will win this match 2-1. It will be a slow cautious first half but then all Hell will break loose in the second half. My man of the match will be Dvid De Gea – he will have to be to slow the Mourinho Express.

I would have felt even better about this game had we had a Modric or Fellaini to assist Carrick. But nevertheless, United guile and pride will see us through.

Perhaps United will work hard in the next nine days to ensure that our midfield is better and deeper for the return leg at Stamford Bridge, but for now we make do with what we have.