Can Manchester United break into Premier League top-four by January 1, 2022? 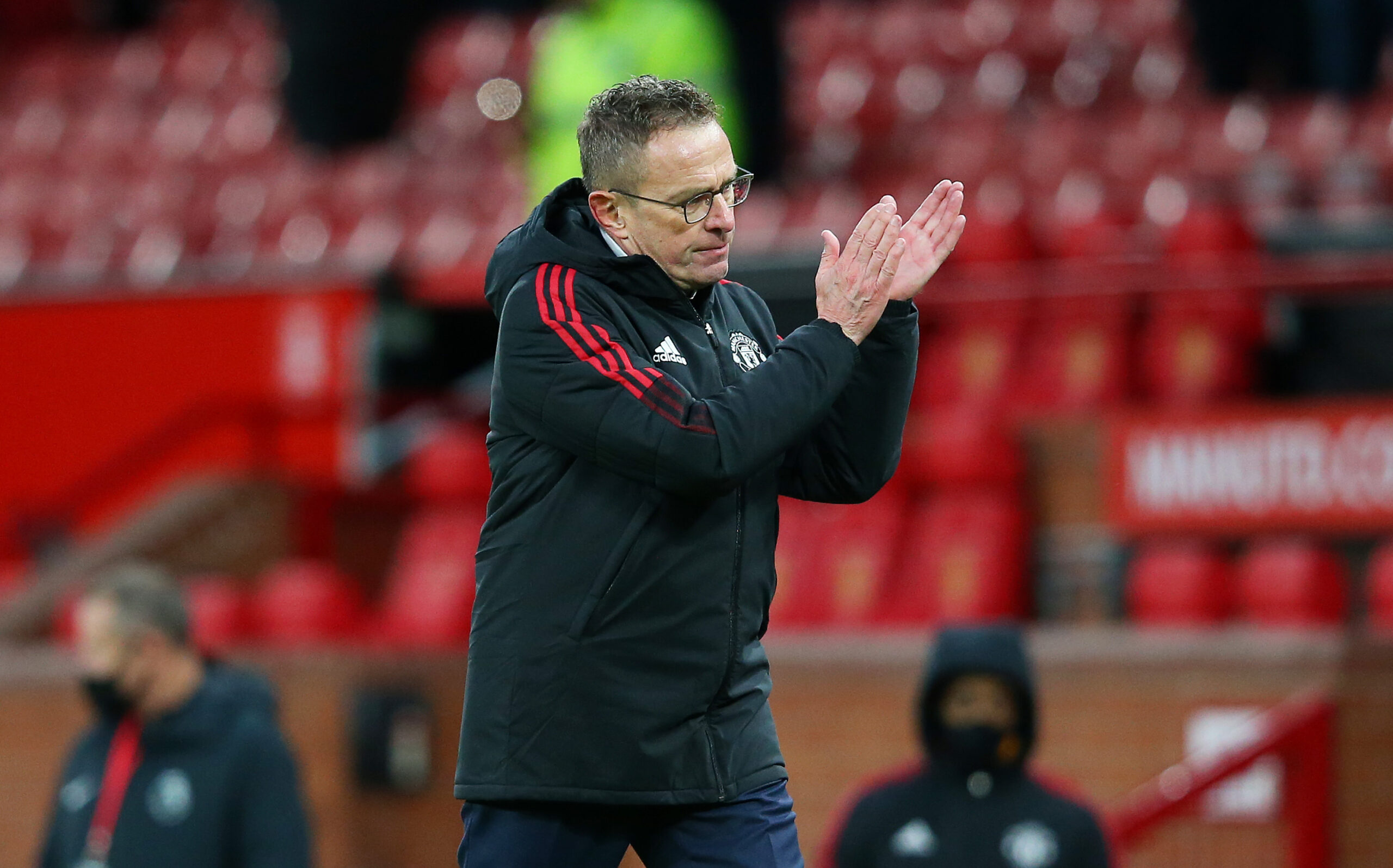 Ralf Rangnick’s era at Manchester United started with a hard-fought 1-0 win over Crystal Palace at Old Trafford, but the road to the Premier League top four is still long and arduous.

A string of underwhelming performances that led to Ole Gunnar Solskjaer’s sacking a fortnight ago virtually ended the Red Devils’ title hopes.

Heading into the business end of the calendar year, United are a whopping 11 points adrift of league-toppers Manchester City, although a top-four pursuit is still on.

With only three points separating Rangnick’s side from fourth-placed West Ham United, Saturday’s trip to relegation-threatened Norwich City could be a turning point of the season.

The Hammers head to Turf Moor to meet another warm relegation candidate Burnley, but recent history shows Sean Dyche’s men know how to handle the pressure in their own backyard.

United have a few winnable tasks ahead of them in the remainder of the year, including a pair of visits to relegation strugglers Norwich and Newcastle United.

Meanwhile, out-of-sorts Brentford and underperforming Burnley are set to arrive at Old Trafford in December, meaning the schedule plays into United’s hands.

Direct top-four rivals Tottenham Hotspur have a couple of challenging tasks lying ahead, as they head to Leicester City on December 16, just three days before playing host to high-flying Liverpool.

On top of that, Spurs will take on West Ham in an all-London match-up on December 22, which is likely to help United’s cause.

The Red Devils are running out of excuses following a topsy-turvy start to the season, and December could be their best opportunity to get their stop-start Premier League campaign up and running.

Home encounters against below-par Brighton & Hove Albion and Burnley should be a guaranteed six points for Rangnick’s side.

While the Seagulls are winless in their last six Premier League matches on hostile turf, the Clarets are one of only two Premier League sides yet to pick up a win away from home this season.

Those are the kind of fixtures United can ill-afford to draw, let alone lose if they are to finish the calendar year in the coveted top-four places.

With Solskjaer now out of the picture, United’s well-documented Premier League dominance on the road will be put to the test.

Under the Norwegian manager, the Red Devils set an unprecedented feat in England’s top-flight by going 29 consecutive away league games without losing.

Things went south down the final stretch of Solskjaer’s reign, and Cristiano Ronaldo and co have to find the way to rediscover their away form as soon as possible.

A return of a single win from their last four Premier League fixtures on hostile turf requires improvement, and Norwich could be an ideal opponent to launch a new winning streak on the road.

The league newcomers Brentford, who United will take on next week, are also in steady decline, as evidenced by an indifferent haul of five defeats from their last eight league outings.

So a visit to the Brentford Community Stadium for their first-ever Premier League showdown against the Bees should be another decent chance for United to build some momentum under Rangnick.

The Red Devils swept the Magpies aside 4-1 in the reverse fixture earlier this season on Ronaldo’s second Premier League debut for the club, and nothing less will do this time around.

Since United take on bottom-half teams in the remainder of the calendar year and their top-four challengers have a much tougher schedule, it’s reasonable to expect them to break into the top four by the New Year.