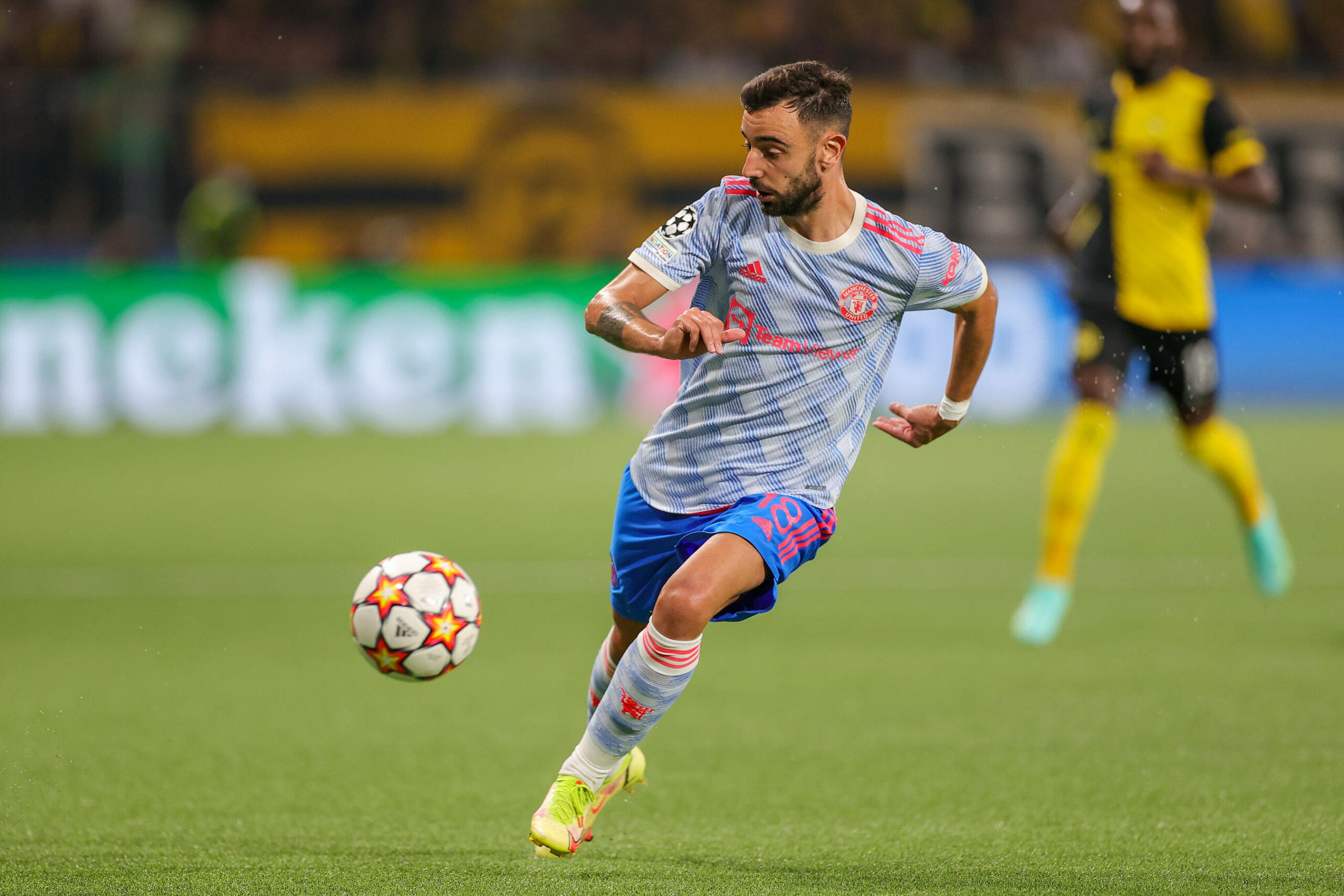 Bruno Fernandes tried to defy footballing rules to rescue Manchester United from ending their Carabao Cup adventure in the third round.

Only three days after beating West Ham United 2-1 in the Premier League, Man United’s attempt to progress into the Carabao Cup fourth round was hindered by the Hammers.

The under-strength Red Devils and David Moyes’ side locked horns at Old Trafford on Wednesday night, with the ex-United boss navigating his men past Ole Gunnar Solskjaer’s team.

In an intense, physical affair, Manuel Lanzini’s ninth-minute strike made all the difference between the sides as Moyes earned his first competitive win over United since exiting the club seven years ago.

Solskjaer mixed things up a bit compared to Man United’s line-up that eked out a narrow victory at the London Stadium on Sunday, leaving star forward Cristiano Ronaldo out of his matchday squad.

Despite fielding a brand-new backline compared to their weekend’s Premier League showdown, United looked solid at the back, but the refurbished attack failed to live up to expectations.

Anthony Martial’s struggles in front of goal continued while Jadon Sancho put in another underwhelming display as he has yet to find his feet in the new surroundings.

Throwing Fernandes into the mix at the expense of Sunday’s hero Jesse Lingard midway through the second half was Solskjaer’s last-ditch attempt to avoid elimination.

Fernandes subsequently made the headlines, although this time around it was for all the wrong reasons.

Desperate to give his side a last-gasp equaliser, the Portuguese attacking midfielder made a bizarre cheating attempt in the dying moments of the encounter.

He seized control of the drop ball that was not his to take and ran towards Alphonse Areola’s goal to hammer the ball into the net out of despair.

United eventually bowed out of the Carabao Cup and can now switch their attention towards Saturday’s Premier League home fixture against Aston Villa.