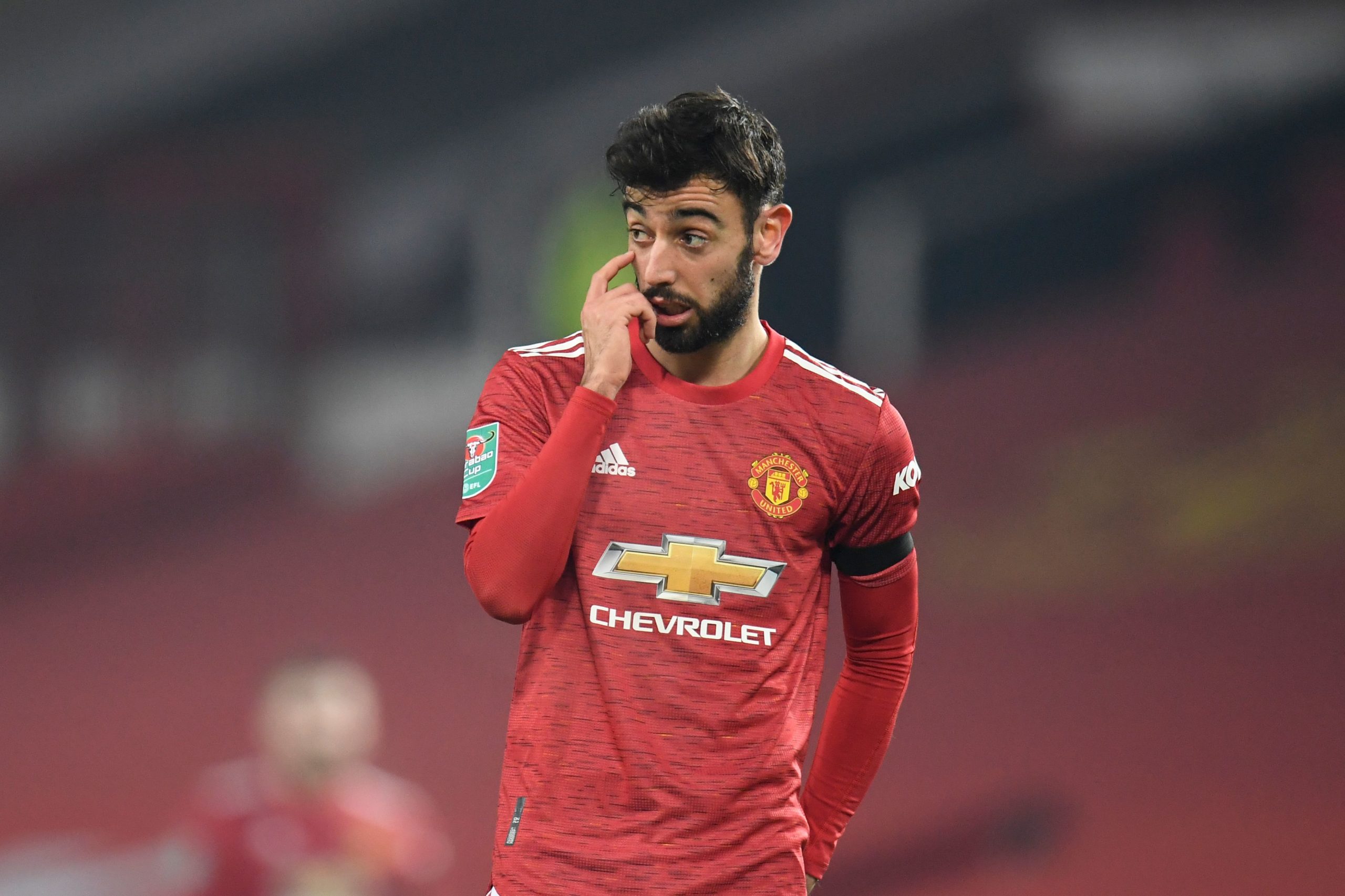 After losing the Carabao Cup semi-final against Manchester City 2-0, Manchester United manager Ole Gunnar Solskjaer was asked about the team set-up he would be using in the upcoming FA Cup game against Watford on Saturday.

The question centred around midfielder Bruno Fernandes, who has been an integral part of the United team throughout this season.

At the post-match press conference after the City defeat, Solskjaer was asked if Fernandes would be given a breather on Saturday. But the manager said that the Portuguese midfielder wants to be a part of every game, and he would make a call on the same after having a chat with him.

“Well, we go into every game wanting to win, of course we do,” Solskjaer said. “There will be a few changes, of course there will, as it’s such a season that we have to.

“We have shown quality when we have had to do that before and we will make a few changes. I will see tomorrow [Thursday] morning who is fit and who is not fit and who is ready to go.

“He wants to play every game, Bruno. Of course, it’s a long season. Let’s see what team we come with on Saturday so I’ll have a chat with him about how he feels.”

United missed their chance to win a trophy after losing the Carabao Cup semi-final to their derby rivals, but Solskjaer will hope his team can get off on the right footing in FA Cup and go all the way. The Norwegian manager is still searching for his first trophy with the club.

Meanwhile, United are currently in second place in the Premier League table behind Liverpool on goal difference.