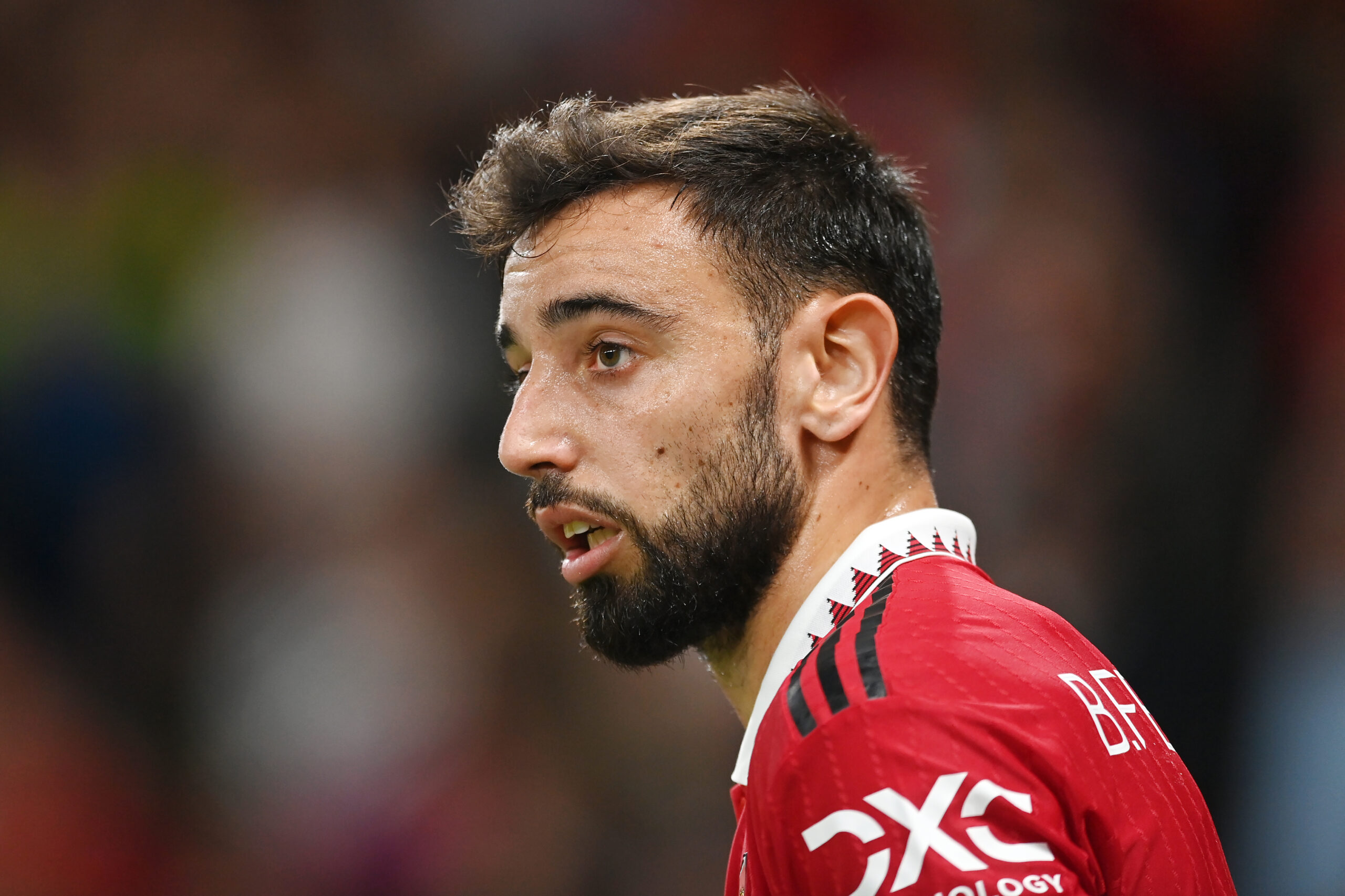 The Portugal international has been an undisputed starter for Erik ten Hag from the number 10 position, but the manager will need to change things around at Villa Park.

Fernandes had been carrying the danger of being suspended with four yellow cards and picked up his fifth against the Hammers which has triggered a one-game ban.

Who could play in Fernandes’ role on Sunday?

In Fernandes’ absence, Christian Eriksen obviously appears as the natural replacement for the attacking midfield position, having played there for most of his senior career.

In that case, we could see either Scott McTominay or Fred come in to partner Casemiro in the centre of the park. In our view, Fred is more ideally suited for the number eight role.

The Brazil international recently starred against Tottenham Hotspur with a goal and an indirect assist and he could be backed to partner compatriot Casemiro at Villa Park.

The duo have started alongside each other on three occasions this month. Donny van de Beek is another contender to replace Fernandes, but he has hardly played this term.

It would not make sense to start the 25-year-old, who has just returned from a muscle injury and has played just 30 minutes across four appearances for the Red Devils.

Fernandes has not made regular goal contributions this campaign, but Ten Hag has publicly praised him and recently said that he is ‘magnificent‘ in defensive transitions.

His absence is obviously a big blow for the Red Devils but the manager should still be confident of beating Villa, having adjusted to several key absentees this season.

Raphael Varane is out until the World Cup with a hamstring injury but Victor Lindelof (illness) and Antony (minor injury) could be back soon. Anthony Martial’s situation remains unclear.