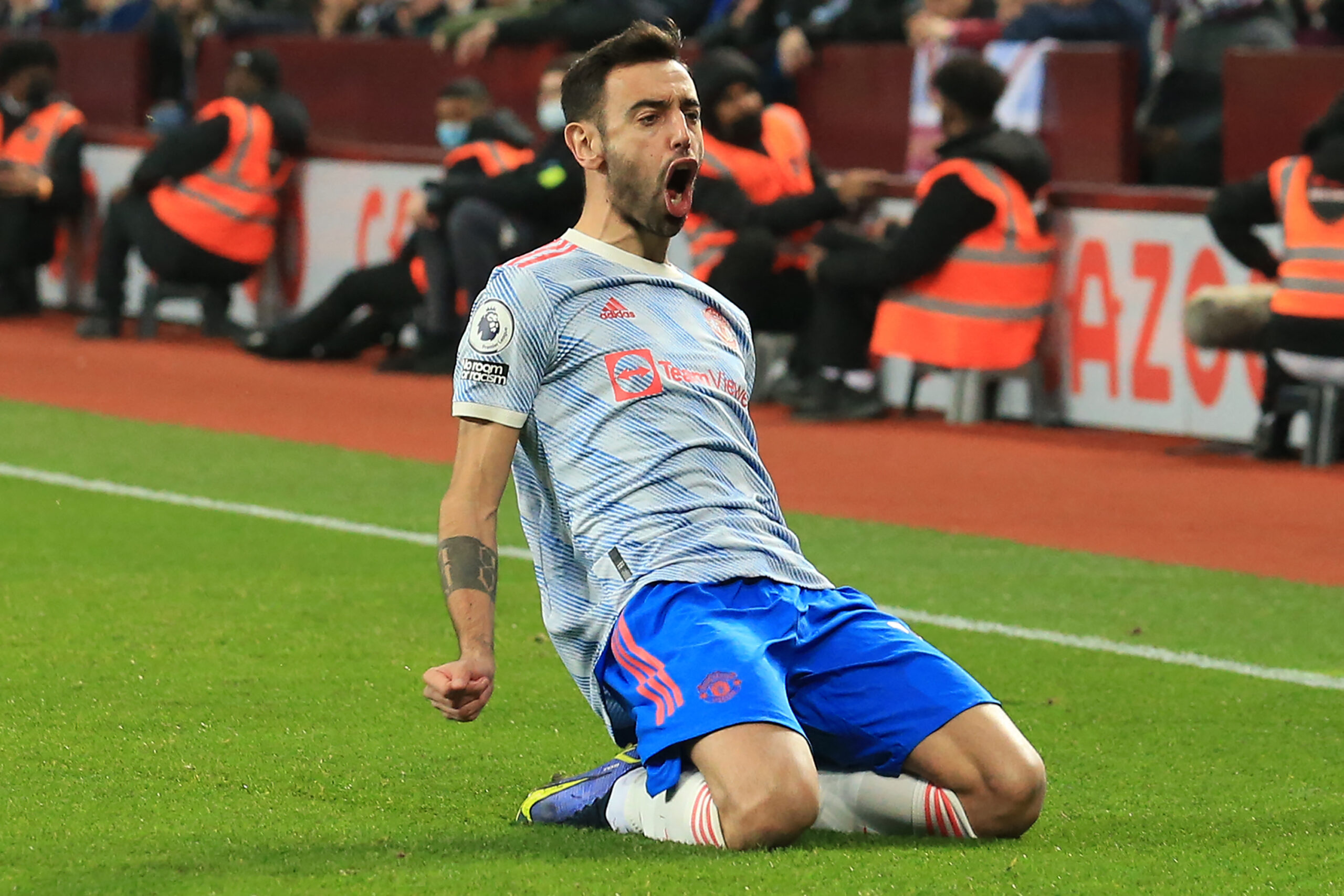 The Portugal international started the season in splendid fashion with a stunning hat-trick against Leeds United, but the goals have dried up for him over the past few months.

He redeemed himself yesterday with a top-class showing. The 27-year-old was gifted the opening goal after a big goalkeeping blunder from Emiliano Martinez in the sixth minute.

However, he fully deserved his second goal after the hour mark. Fernandes unleashed a powerful shot in the 67th minute that left Martinez pretty much rooted to his spot.

Despite his brace, United conceded two late goals to Jacob Ramsey and Philippe Coutinho. Fernandes did not deserve the result on the back of a tireless individual display.

Aside from his goals, he managed four long balls, four tackles, two interceptions while winning two take-ons. The Portuguese registered 77 touches during the game.

It was a terrific all-round showing from the United star, who deserved to be on the winning side. A couple of defensive lapses paved the way for a disappointing result in the end.

Following the draw, United are five points adrift of the Champions League places. They have a game in hand over fourth-placed West Ham United, but that is hardly an advantage.

They have picked up just five points from the last four league games. There needs to be a massive improvement over the coming weeks if they harbour any hopes of a top-four finish.