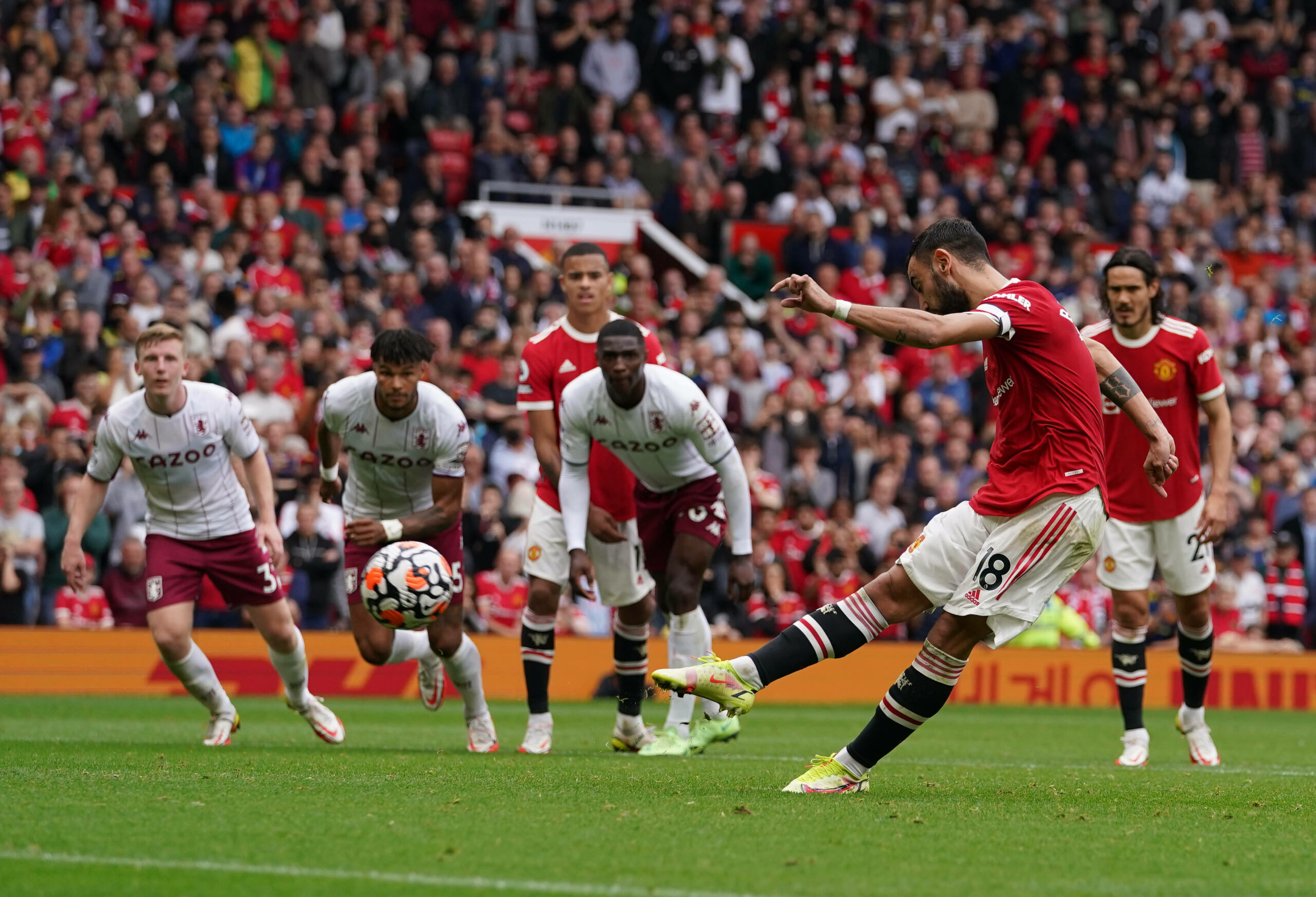 Bruno Fernandes has taken to social media to express his feelings after squandering a last-gasp penalty in Manchester United’s 1-0 home defeat to Aston Villa on Saturday.

Despite enjoying plenty of possession and attempting 28 shots on goal, the Red Devils succumbed to a narrow loss, courtesy of Kortney Hause’s 88th-minute header.

Things could have gone in a different direction if Fernandes converted the 93rd-minute spot-kick, but the Portuguese ace skied the ball to the stands.

Given the gravity of the situation, many people expected Cristiano Ronaldo to step up and take responsibility.

However, the 36-year-old allowed his younger compatriot to try his luck, which resulted in a wayward finish that ultimately cost United their first Premier League defeat of the season.

After squandering a clear-cut opportunity to level things up at the Theatre of Dreams, Fernandes has inevitably come under heavy criticism.

The ex-Sporting Lisbon playmaker took to Instagram to send a lengthy message to the Red Devils faithful, assuring them that he won’t let Saturday’s miss affect his self-confidence moving forward.

Ole Gunnar Solskjaer and his men can ill-afford to dwell about an underwhelming result against Villa as they have to prepare for the upcoming Champions League meeting with Villarreal.

After falling to a shocking 2-1 defeat to Young Boys in the opening round, the Red Devils do not have the luxury of dropping more points against the reigning Europa League champions.