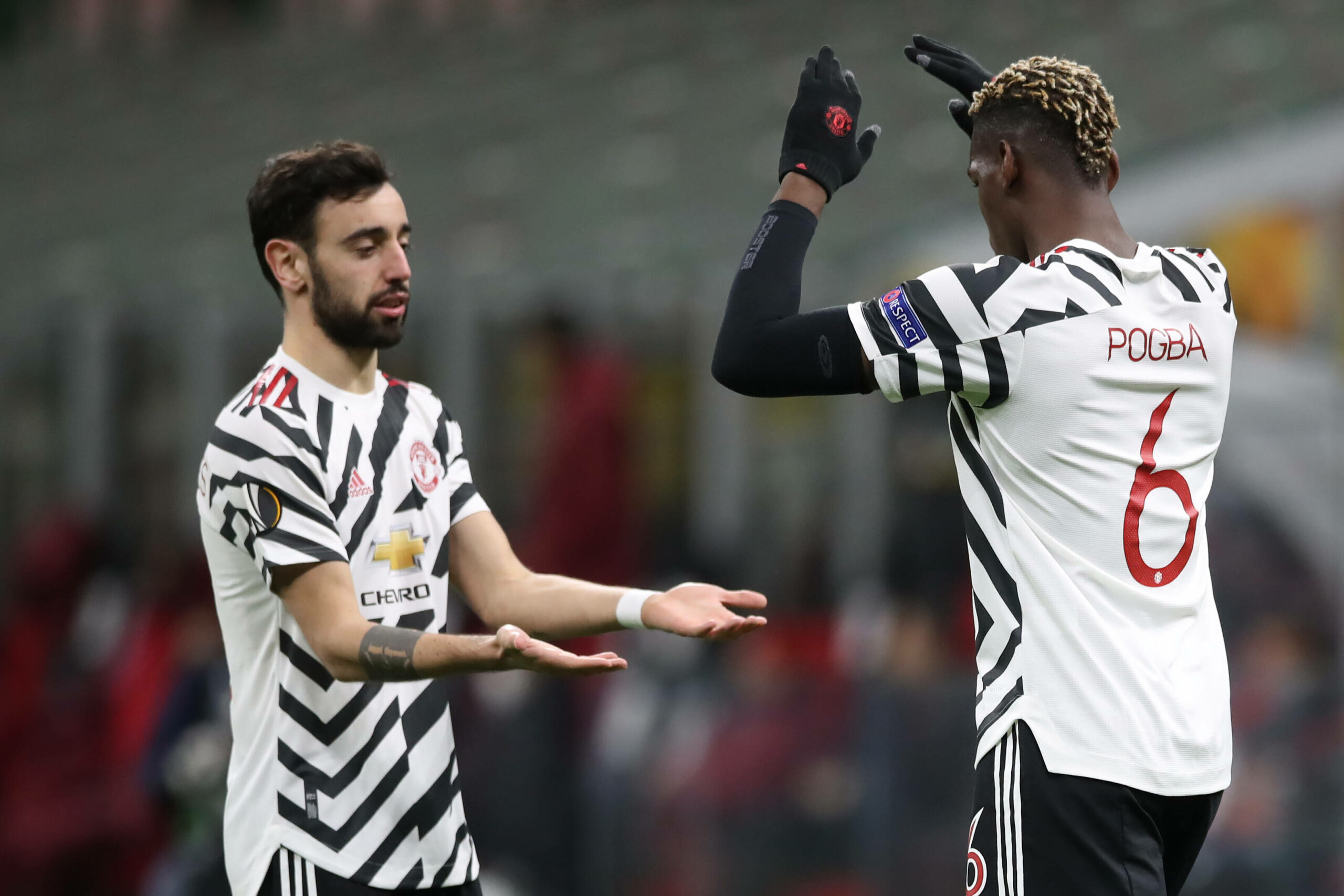 Manchester United midfielder Bruno Fernandes is reportedly ready to sign a new contract with the club, but under one condition.

As per a report from The Sun, the Portuguese international will pen a new deal if he is assured that Paul Pogba is also part of the club’s future.

The situation between Pogba and United has been soured due to repeated sensational remarks from the Frenchman’s agent Mino Raiola.

In December, Raiola had claimed that Pogba’s stay at Old Trafford has come to an end.

But over the next few months, the midfielder has become an integral part of United set-up and appears to be more committed to playing for the club.

As per reports, Pogba’s current deal ends in June 2022 and United have a choice to whether sell him in the summer or sign him to a new deal.

The last thing the Red Devils want is to let Pogba go for free next year. The report adds that Fernandes is watching the Pogba situation play out closely.

United have reportedly reached out to Fernandes with a big-money contract, but Fernandes is seeking assurances that Pogba will sign a new contract so that they can challenge for the Premier League title next season.

Earlier, there were reports that Fernandes wants to see how United perform in the summer transfer window before committing his future with the club.

Fernandes has been United’s go-to man ever since signing with the club in January 2020.

He has scored 16 goals and made 11 assists in 32 appearances this season. Manager Ole Gunnar Solskjaer needs to ensure he does not leave in the summer and provide him with the assurances he is looking for.

United fans can take comfort from Pogba’s recent interview with Sky Sports, in which he claimed that he is happy at the English club.

“We’re still in competition for the Europa League, we still have something to play for in the Premier League until City have the trophy in their hands.”

This would be the perfect time for the club to offer Pogba a new contract, as he appears to be enjoying his current spell.

Bruno Fernandes talks about Raphinha: “In the game, there are no friends at all”
Manchester United fans protest at Carrington training ground against Glazers