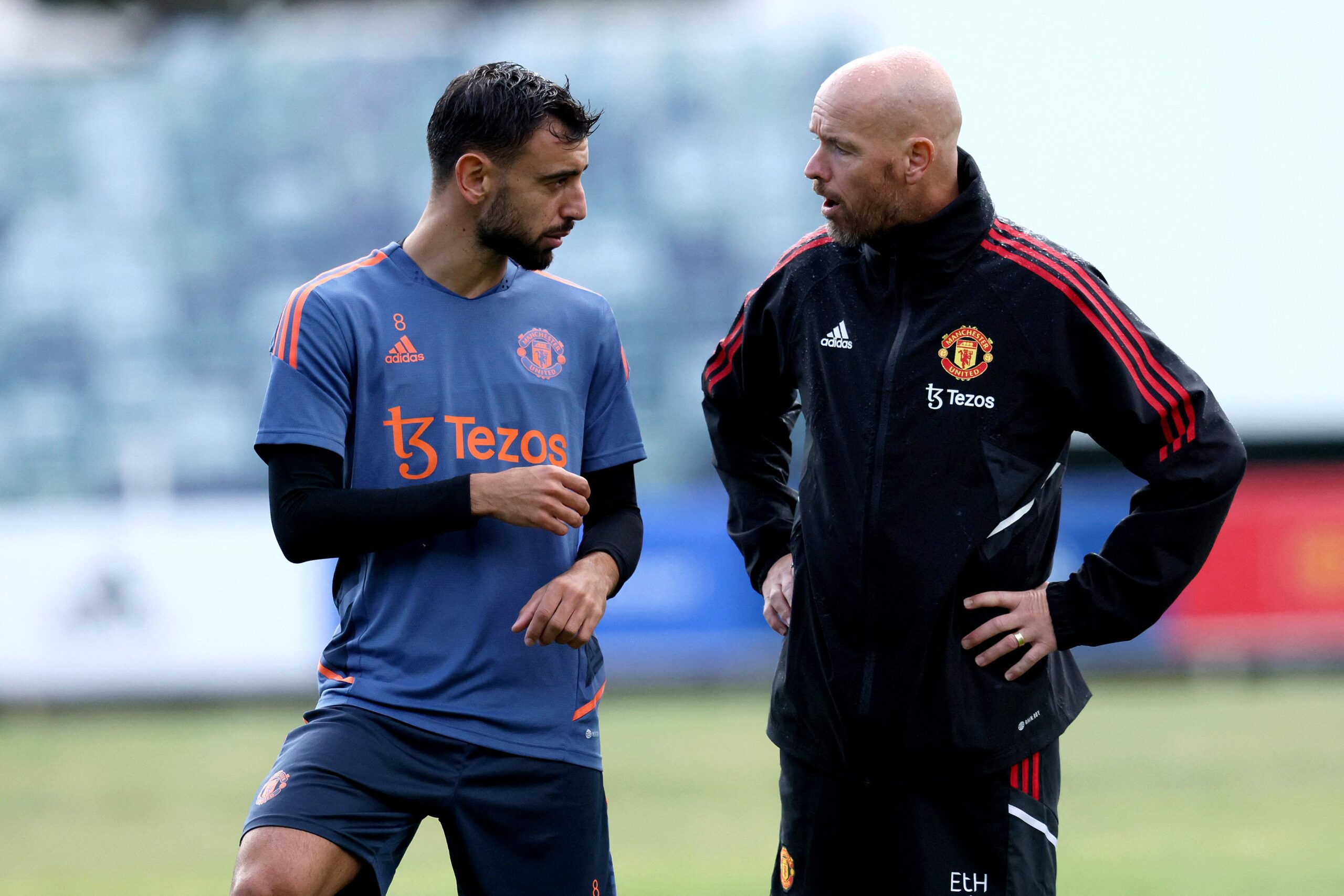 Manchester United midfielder Bruno Fernandes has given his thoughts on Erik ten Hag’s early days at the helms of affairs since taking over from Ralf Rangnick.

Since his appointment as the new United boss, ten Hag has made a positive start with three wins from as many pre-season games so far, including a 4-0 demolition of Liverpool.

Speaking ahead of the Red Devils’ friendly match against Aston Villa tomorrow, Fernandes was full of praise for his new manager having been impressed with his modus operandi so far.

“He [ten Hag ]wants his rules, he demands a lot from us and he wants everyone on the same page doing the same things,” Fernandes told Sky Sports.

“Everyone knows they have to be pushing to the same side and if not, they will be out of the team.

“That’s a good thing because if you want to be successful as a team you have to be always in the same way.

“He brings discipline but he also gives players the freedom to make choices.

“He has his own rules we have to follow, but he also wants to give some responsibility to the older ones.

United finished a fifth consecutive season without silverware last time out and they have fallen far behind their two greatest rivals Manchester City and Liverpool.

The 20-time English champions will be keen to return to their glory days of yesteryear and the appointment of ten Hag is a step in the right direction.

The ex-Ajax boss boasts a very impressive CV from his time in Amsterdam and the start of his Old Trafford reign indicates that he is not fazed by the task at hand.

While it is nearly impossible for ten Hag to restore United back to where they used to be in his debut campaign, the 52-year-old, if properly backed, can oversee a change of fortunes in the red half of Manchester a few years from now.

Having successfully completed the first three matches of their pre-season tour, United take on Aston Villa, Atletico Madrid and Rayo Vallecano in the final three outings before getting their 2022/23 Premier League campaign underway with a clash against Brighton on August 7.