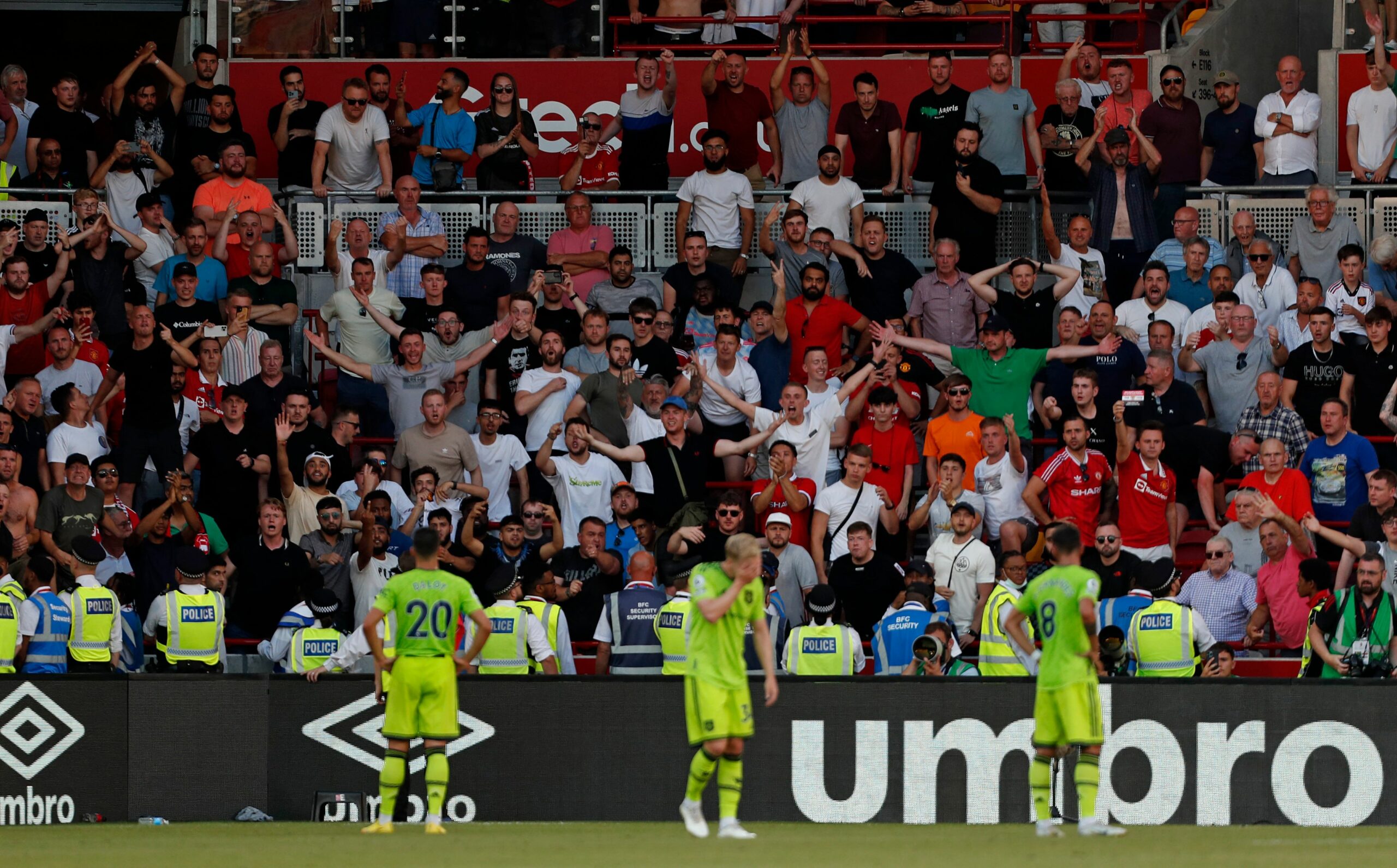 Manchester United suffered a 4-0 thrashing at the hands of Brentford in their first away game of the season.

Less than a week after their opening day defeat, the Red Devils hit the road for the first time this season only to see their poor start get bleaker.

United kicked off the game in their neon-coloured third kit and enjoyed a fairly comfortable opening five minutes.

Brentford were energised with their early lead a d quickly doubled their advantage as Mathias Jensen pressed the unsuspecting Christian Eriksen in the box before sending a deflected strike home.

The stunned visitors failed to react quick enough and soon found themselves three goals down at the half-hour mark following a poorly defended corner kick.

In a desperate attempt to salvage something from the game, the visitors carelessly committed men forward and were duly punished for it as Ivan Toney and Bryan Mbeumo pulled away from a disjointed and sluggish United backline with the latter scoring the fourth.

The half-time whistle could not come soon enough for Ten Hag, who made three substitutions at the interval.

The Old Trafford outfit got better after the break as their opponents were very happy to sit back and defend their four-goal lead.

A few half-chances came United’s way in the second half but they could not convert as frustration quickly set in.

Brentford still managed to create the best chance of the second half as the game petered out to a weak end.

The Dutch manager wore a gloomy look on the touchline and was regularly shown shaking his head in disbelief and disappointment.

The weight of the new job has undoubtedly dawned on Ten Hag and here are three points to note from the game.

A horror show by De Gea

De Gea has received a lot of stick in recent years for his evident discomfort with the ball at his feet and his supposed inability to evolve with the changes in the game.

The Spaniard refuted those claims after an all-round display against Liverpool in United’s first pre-season game.

However, the 31-year-old goalkeeper’s performance against Brentford was highly reminiscent of his showings in recent years.

He inexplicably allowed the ball to squirm out of his grasp for the first goal and then played consecutive risky passes to Eriksen in his own box, with the latter leading to the second goal much to his manager’s dismay.

The starting XI Ten Hag named against the Bees was very similar to the side that started against Brighton & Hove Albion last weekend, with Cristiano Ronaldo being the only new introduction.

The line-up is seemingly the manager’s preferred choice at the moment but there were a few questionable decisions.

Perhaps the most glaring of them all was the decision to start the diminutive Lisandro Martínez and Fred against one of the tallest sides in the league. Both players were removed at half-time.

De Gea has shown right from the off-season a lack of confidence when required to play out from the back or come off his line to claim crosses and was still assigned those responsibilities against Brentford. Three of the four goals conceded were directly as a result of that.

Need for new signings more than ever

United have had yet another unimpressive transfer window with the current one bordering on farcical.

They have failed to land their top target and have been linked to some mind-boggling names in the final weeks of the transfer window.

If their home defeat to Brighton did not serve as a wake-up call, the embarrassment at the Brentford Community Stadium must.

United have identified their midfield and attack as the positions for reinforcement but may need to add a goalkeeper to the shopping list.