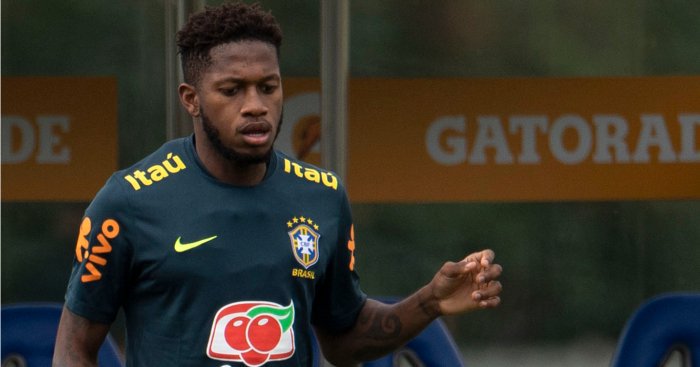 Manchester United’s biggest signing so far during the summer transfer window has been Brazilian central midfielder Fred from Shakhtar Donetsk.

The transfer went through during the World Cup, with the medical taking place the week before the tournament kicked off when Fred and the national team were in England for a pre-tournament friendly at Anfield.

Brazil were eliminated by Belgium at the quarter-final stage on Friday evening, and despite a suspension to Casemiro in that game, Fred didn’t enter the field.  He didn’t play a single minute of 2018 World Cup action this summer.

Tite is quoted by Brazilian outlet UOL as saying:

“Fred had a one-stroke problem and he was unable to make a full recovery.

“In general terms and physical, the team flew in. It was not the physical aspect that was decisive in defeat.”

Indeed, Fred picked up an ankle injury in training on the eve of Brazil’s World Cup campaign and it appears he never got back to full fitness during the three weeks that his country were in Russia.

Whilst it was a shame that we never got to see our new signing in action this summer, he will be ready to join us for pre-season, with training beginning of Monday.