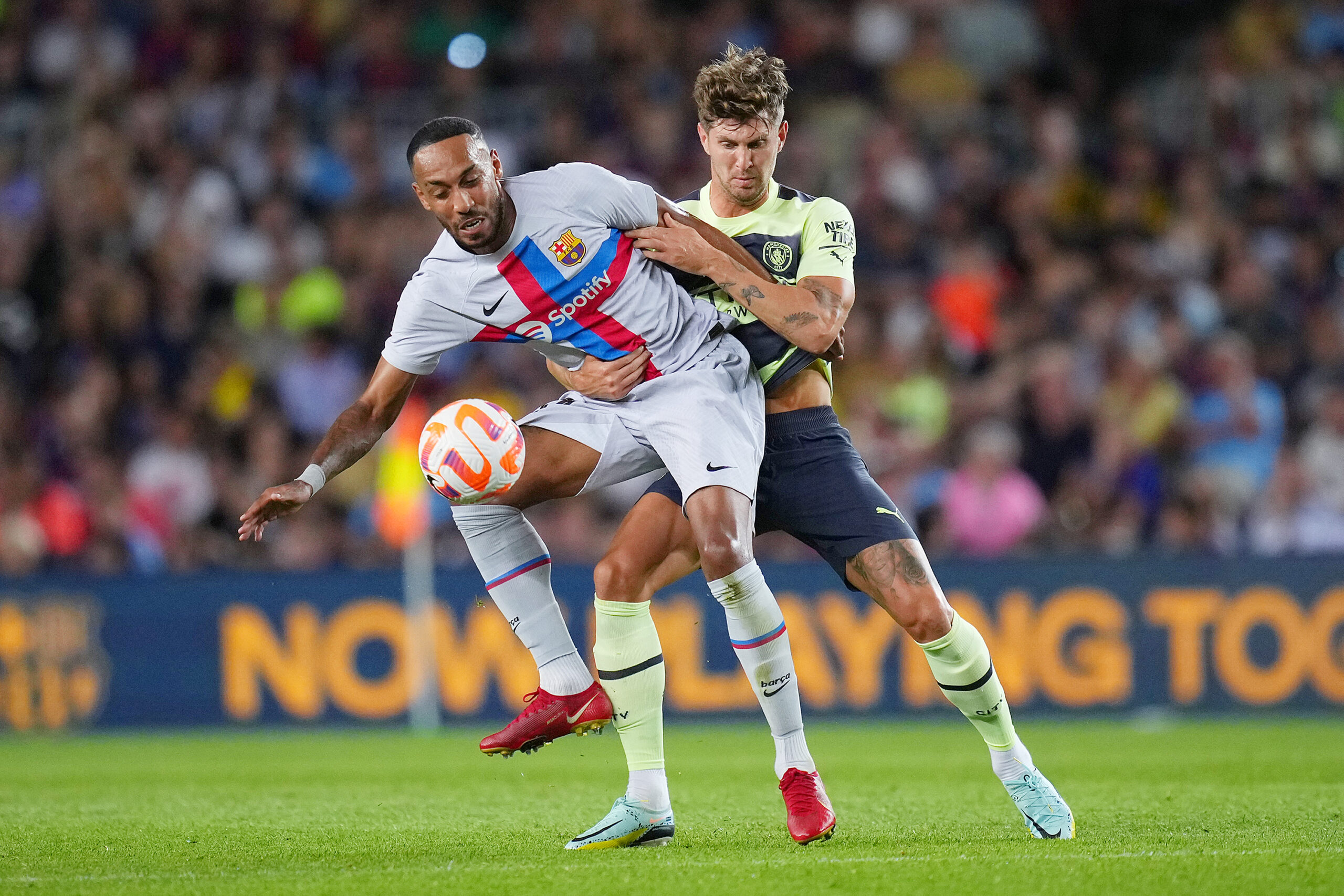 That’s according to a report from Gianluca Di Marzio who claims that United and Chelsea could battle it out for Auba before next week’s transfer deadline.

United boss Erik ten Hag desperately needs to bring a top-class striker to Old Trafford this summer. And the same can be said of Chelsea manager Thomas Tuchel at Stamford Bridge.

Aubameyang is a key transfer target for the Blues according to Fabrizio Romano, who claims that Barcelona are demanding around £25 million for the 33-year-old striker. That seems like an awful lot of cash to be paying for Auba considering his age and huge wages.

Perhaps a loan move would be better for United and Chelsea. It would also help out Barcelona, with Aubameyang’s wages being covered for at least one season.

Di Marzio claims that Chelsea have not reached an agreement with Barca to sign the Gabonese forward.

It is claimed that Tuchel is determined to get a deal done for Auba, so if United beat the Blues to the ex-Arsenal man’s signature, it would be a huge blow for the German.

Arsenal manager Mikel Arteta once labelled the striker as ‘unstoppable’ (The Mirror). And when he’s on top form, Arteta is spot on.

Aubameyang has bagged 310 goals in 607 career club games. He has also scored 30 goals in 73 games for his country, Gabon.

He is 33 now, so doesn’t necessarily have the athleticism needed to play in Ten Hag’s high press system. Having said that, he should guarantee United 15-20 goals if he stays fit this season.

And because of that, we think United will have a big advantage over Chelsea in the race for the Champions League spots if they end up signing Aubameyang.

Tuchel will surely be devastated if United beat the Blues to Auba this summer.