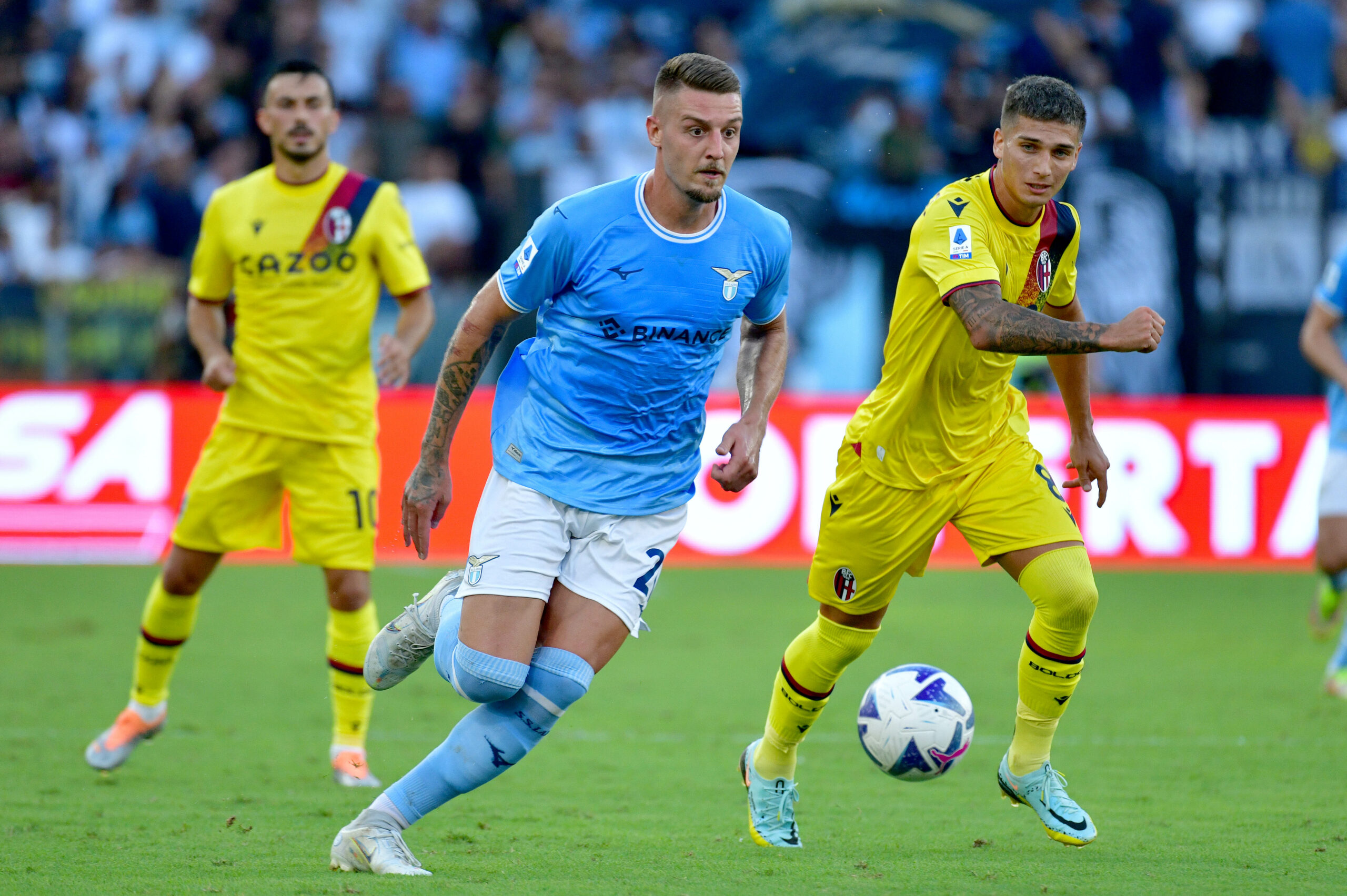 Sergej Milinkovic-Savic has reportedly just been offered to Manchester United by the brilliant Lazio midfielder’s representatives.

That’s according to a report from The Telegraph who claim that the 27-year-old’s agents have pushed their client towards a move to United this summer.

Whether United make an official offer for the 34-capped Serbia international remains to be seen though. One thing’s for sure, Erik Ten Hag needs to bring a truly elite central midfielder to Old Trafford before the transfer window slams shut.

Earlier on in the transfer window, we covered claims from Calcio Mercato suggesting that the Red Devils were prepared to wait up until a few days before deadline day before launching a £42 million bid for the powerful midfielder.

And it seems as though Ten Hag will have every chance to bring the Serbian to Old Trafford this summer.

The Telegraph reckon that the Lazio star’s agents have offered United the chance to sign their client this summer. And in our view, Ten Hag cannot hesitate to bring him to Old Trafford. Especially if he is in fact available for around £40-50m.

What an incredible signing the Serbian will be for the Red Devils if Ten Hag manages to bring him to Old Trafford before deadline day. He is incredibly powerful and possesses the kind of physique needed to succeed in the Premier League.

The Lazio ace is one of the very best midfielders in the world. Milinkovic-Savic is a central midfielder who usually operates slight deeper. Football Italia recently described the midfielder as an ‘unstoppable’ player.

Meanwhile, The Laziali label him as ‘world-class’. On top of all that, Serie A journalist Conor Clancy suggested that he could become a world-beater if he moves to the Premier League. He would be a superb replacement for the recently departed Paul Pogba, that’s for sure.

Milinkovic-Savic is tremendously experienced and would add so much quality to Ten Hag’s engine room at United. The midfielder is big and powerful and possesses impressive energy and stamina.

Gazzetta dello Sport claim the Serb will demand around £120k-per-week to move to Old Trafford. That seems very reasonable for a player with his quality, and the club shouldn’t think twice about bringing him to the Premier League this summer.

Whether United actually make a formal offer for the Lazio ace remains to be seen though.