Setback for Manchester United in pursuit of Barcelona wonderkid – Report 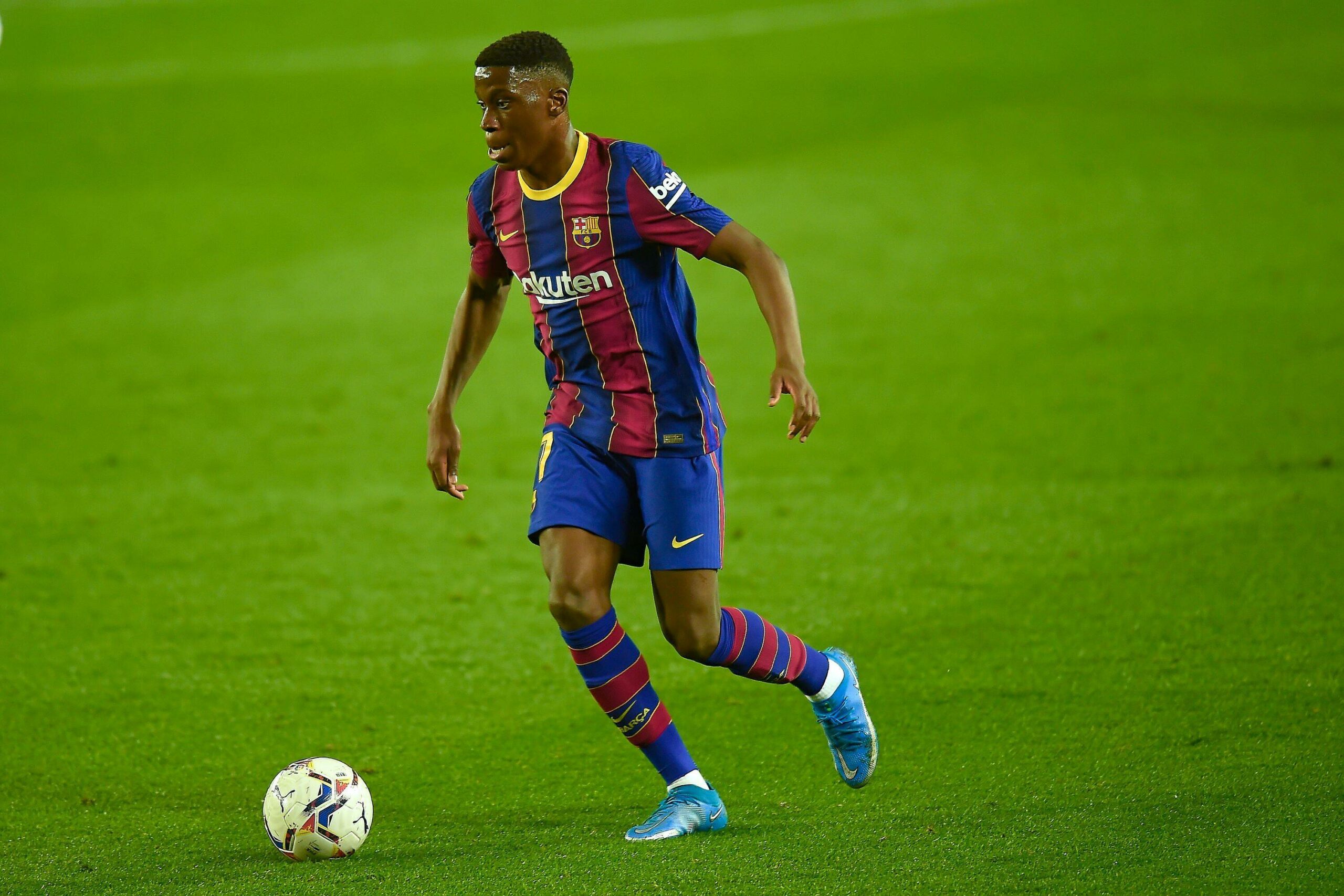 Manchester United have received a major blow in their pursuit of Barcelona youngster Ilaix Moriba, a recent report has revealed.

Moriba, who became the youngest player to make an assist in La Liga since 2000 this year, has already grabbed attention in two senior appearances for the club.

The 18-year-old is an academy product since joining Barca at the age of seven and was given his senior debut by manager Ronald Koeman this season.

Moriba made an immediate impression, and as per a report from Mundo Deportivo earlier this month, he is on Manchester United and RB Leipzig’s radar.

The same report had added that United have made a ‘firm offer’ to sign the Barca wonderkid.

But now El Confidencial has stated that Barcelona have identified Moriba as among the “untouchables” and will fight for him to commit to the club.

Moriba’s current contract ends in 2022, and the Catalans are expected to offer him a new deal soon.

The report mentions Lionel Messi, Marc-Andre ter Stegen, Ansu Fati and Pedri as the other players viewed by Barcelona as key to their future plans.

If the report is true, this will be a huge dent in Ole Gunnar Solskjaer’s plans to bring in a midfielder who can play on the right-wing this summer.

United have faced criticism for the lack of chances that have been created from the right side, and it is one area that Solskjaer needs to improve.

But, with Edinson Cavani expected to leave in the summer, and United in dire need of a central defender to pair up with Harry Maguire, the Red Devils may have to wait longer to fill the void in the midfield.

The financial losses concurred by the club due to COVID-19 are expected to play a role in the transfer window.

Moriba would not only have been a cheaper option for Solskjaer but would have also fit in well with his philosophy of signing younger talents as long-term prospects.

But if Moriba is off the market, United will have to look for a more expensive option and may not have funds to complete the deal.