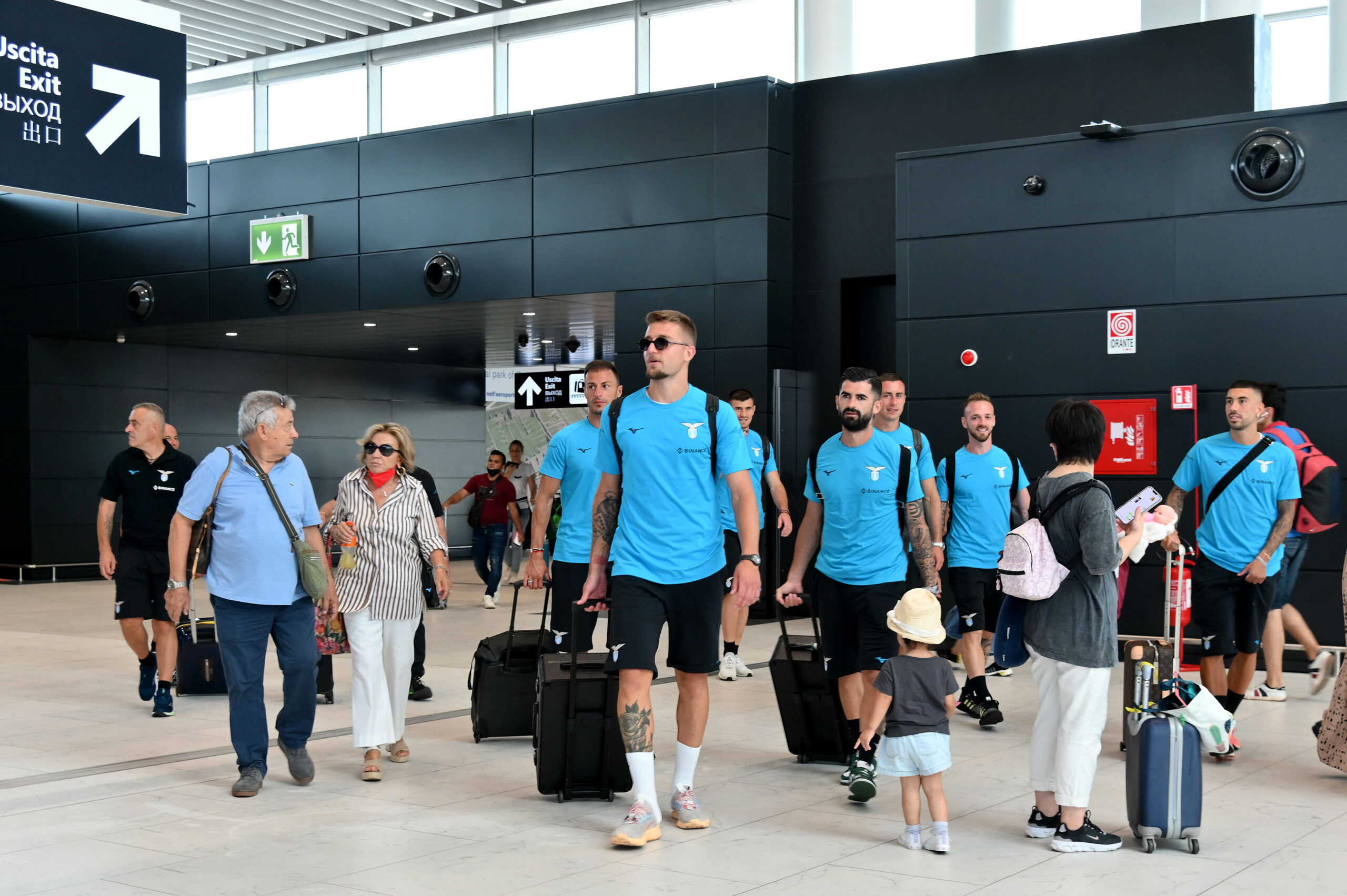 Arsenal are reportedly set to battle it out with Manchester United for the signing of Lazio ace Sergej Milinkovic-Savic this summer.

That’s according to a report from Italian publication Il Mattino who claim that Lazio are hoping to sell the 27-year-old to either Arsenal or United for around €55-60 million (£46-50 million).

Signing a top-class central midfielder is arguably the main priority for United boss Erik ten Hag and Arsenal manager Mikel Arteta this summer. So there could be a really fierce battle to sign Lazio star Milinkovic-Savic.

Time is ticking, with just one month remaining now until the transfer window slams shut. Man United and the Gunners both need to get their business in order, if either club are to challenge for honours this season.

In all fairness, Arsenal have made some terrific signings thus far whilst United need to add at least two or three more top-class players.

And it seems as though both clubs could be fighting it out for the same player this summer.

Il Mattino are reporting that Lazio are hoping to spark a bidding war between United and the Gunners for the Serbian.

We think that £50m for the 34-capped Serbia international would represent fairly decent business for both Premier League clubs.

Milinkovic-Savic is incredibly powerful and possesses the kind of physique needed to succeed in the Premier League.

The Lazio ace is one of the very best midfielders in the world. Milinkovic-Savic is a central midfielder who usually operates slight deeper. He is a sensational player, in fairness.

Football Italia recently described the midfielder as an ‘unstoppable’ player. Meanwhile, The Laziali label him as ‘world-class’.

Milinkovic-Savic is tremendously experienced and would add so much quality to either United or Arsenal. The midfielder is big and powerful and possesses impressive energy and stamina.

Gazzetta dello Sport reckon that the Serb will demand around £120k-per-week from any potential suitors this summer. That seems very reasonable for a player with his quality.

It remains to be seen whether United or Arsenal manage to prise Milinkovic-Savic away from Lazio this summer though.