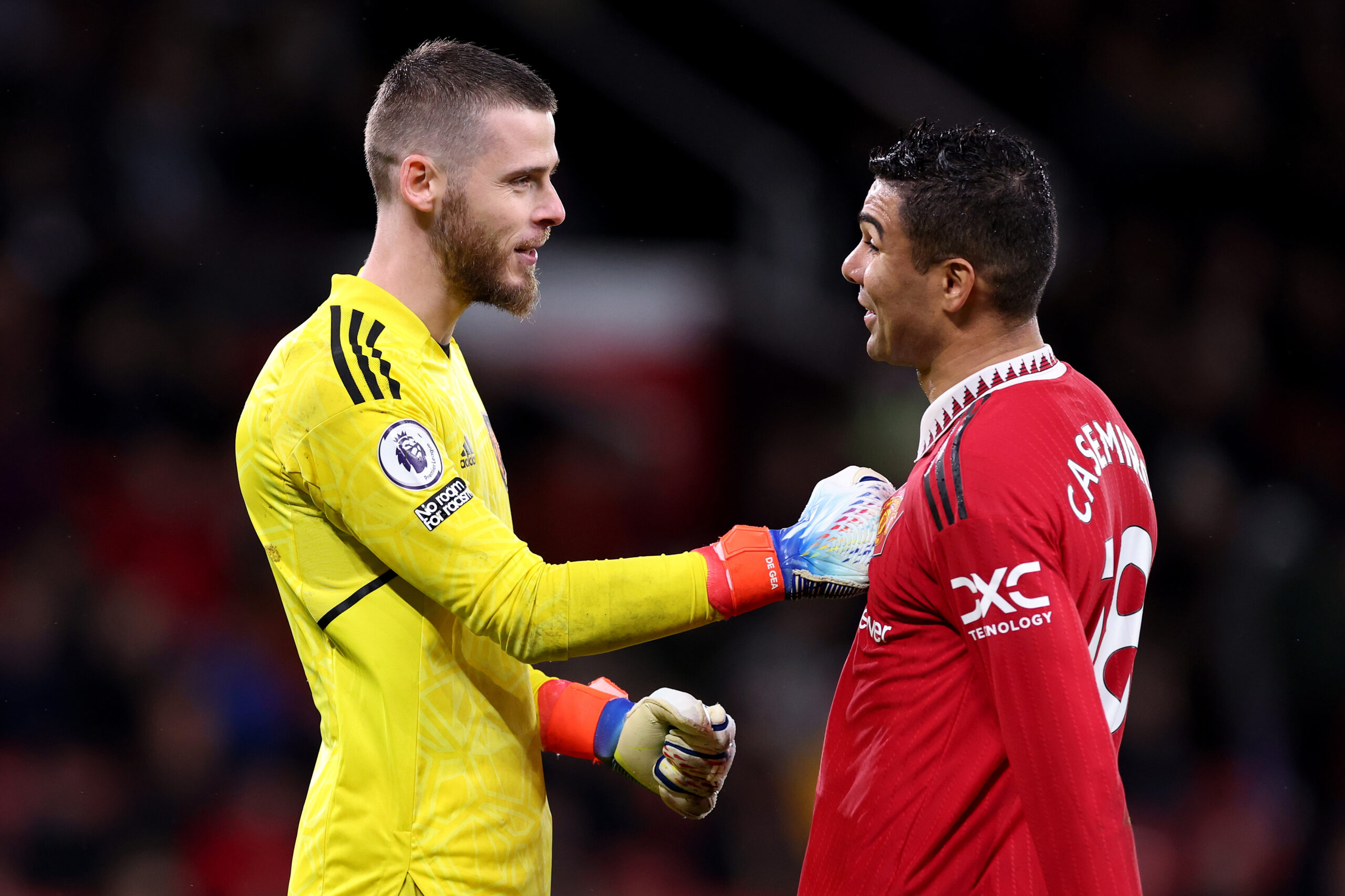 Manchester United goalkeeper David de Gea has admitted that the club have suffered a big blow with midfielder Casemiro ruled out of Sunday’s Premier League meeting at Arsenal.

The Red Devils saw their nine-match winning run in all competitions end on Wednesday night as they played out a frustrating 1-1 league draw against Crystal Palace away from home.

De Gea was superb between the sticks with key saves in either half but the Spaniard was eventually beaten in stoppage time by a world-class free-kick from Michael Olise.

Speaking to BBC Sport after the stalemate, De Gea said that United have to win such games and have only themselves to blame after dropping two points right at the end.

While the 32-year-old was partly pleased with his own performance, he added that losing Casemiro on Sunday is a ‘big loss’ for the club ahead of a big game at Arsenal.

He said: “If we want to win in these games, we have to control them until the end – we dropped two points. I was pleased with my save in the first half [tipping Edouard’s shot on to the crossbar].”

“But the feeling at the end was not so good because we didn’t win. It’s a big blow to lose Casemiro for Sunday. Now we are missing one of our best players for a big game and it is a big loss for us.”

World-class Casemiro will be missed against Arsenal

Casemiro had a hugely impressive display against Palace last night. He showed his true importance to the side with the number of challenges he won in and around the box.

Unfortunately, he picked up a yellow card in the 80th minute. It was his fifth booking of the league campaign before the halfway mark and thereby, he will be suspended against Arsenal.

Erik ten Hag highlighted after the game that the Red Devils beat the Gunners at Old Trafford without Casemiro in the starting XI but deep down, he will be hugely disappointed.

The Dutchman was about to replace the £44 million-rated star with Fred when the midfielder received his booking. Scott McTominay is now likely to step up in Casemiro’s place.

The Scot has not started for United in the league since the 6-3 loss to Manchester City back in early October. He will have a point to prove if he starts in the number six role.