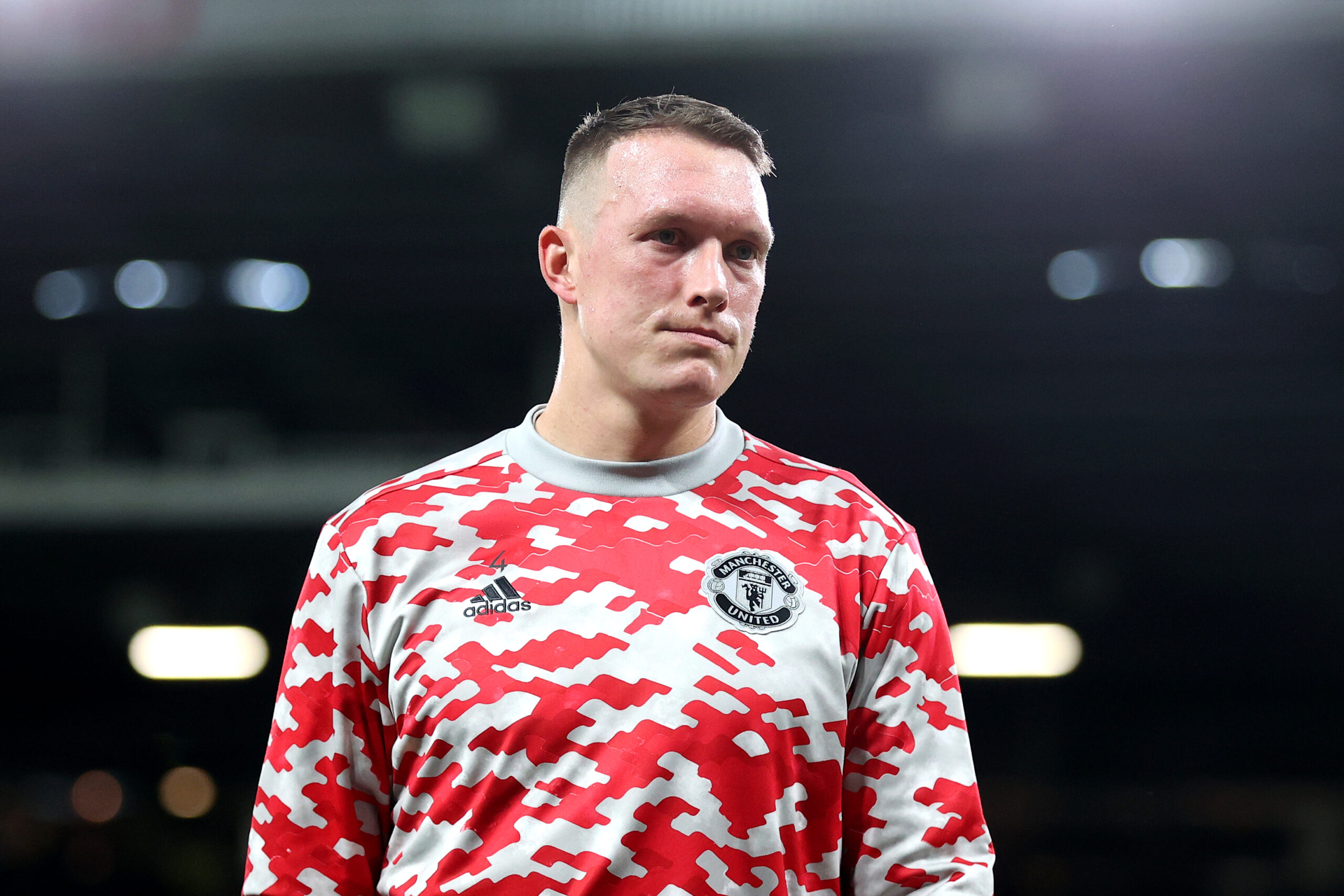 Phil Jones could be set to end his Manchester United misery after Benfica identified him as a potential January transfer target.

As reported by the Daily Mail, the Portuguese heavyweights are keen on landing the Red Devils’ outcast on a six-month loan to plug defensive holes for the remainder of the season.

Benfica are no strangers to signing out-of-favour Premier League defenders, having already landed the likes of Nicolas Otamendi and Jan Vertonghen from Manchester City and Tottenham, respectively.

Manager Jorge Jesus prefers to play with three defenders at the back and wants a strength in depth as the Eagles hope to dethrone Sporting Lisbon this season.

Despite thrashing domestic rivals Maritimo 7-1 at the weekend, Benfica are lagging four points behind pacesetters Sporting and Porto in the Primeira Liga table.

They’ve conceded 13 goals after 15 league fixtures this season, one more than Sporting and Porto combined, and it’s not surprising they’re looking to revamp their defensive options.

However, it’s a bit odd that they’ve set their sights on Jones, who last featured for Man United in January 2020.

The 29-year-old has spent the last two seasons on the sidelines with recurring injury problems, though he’s recently regained full fitness.

Jones has made the matchday squads under Ole Gunnar Solskjaer and Ralf Rangnick but failed to grab any minute of top-flight action this season.

United would be willing to offload their outcast in the January transfer window to get his salary off the books, with Benfica ready to pounce.

Rangnick has already made it clear he’ll be looking to get rid of his fringe players in the January transfer window, opening the door for Jones’ departure.

Ralf Rangnick keen on keeping hold of Diogo Dalot amid Roma interest
Manchester United In 2022: Where Do We Go From Here?