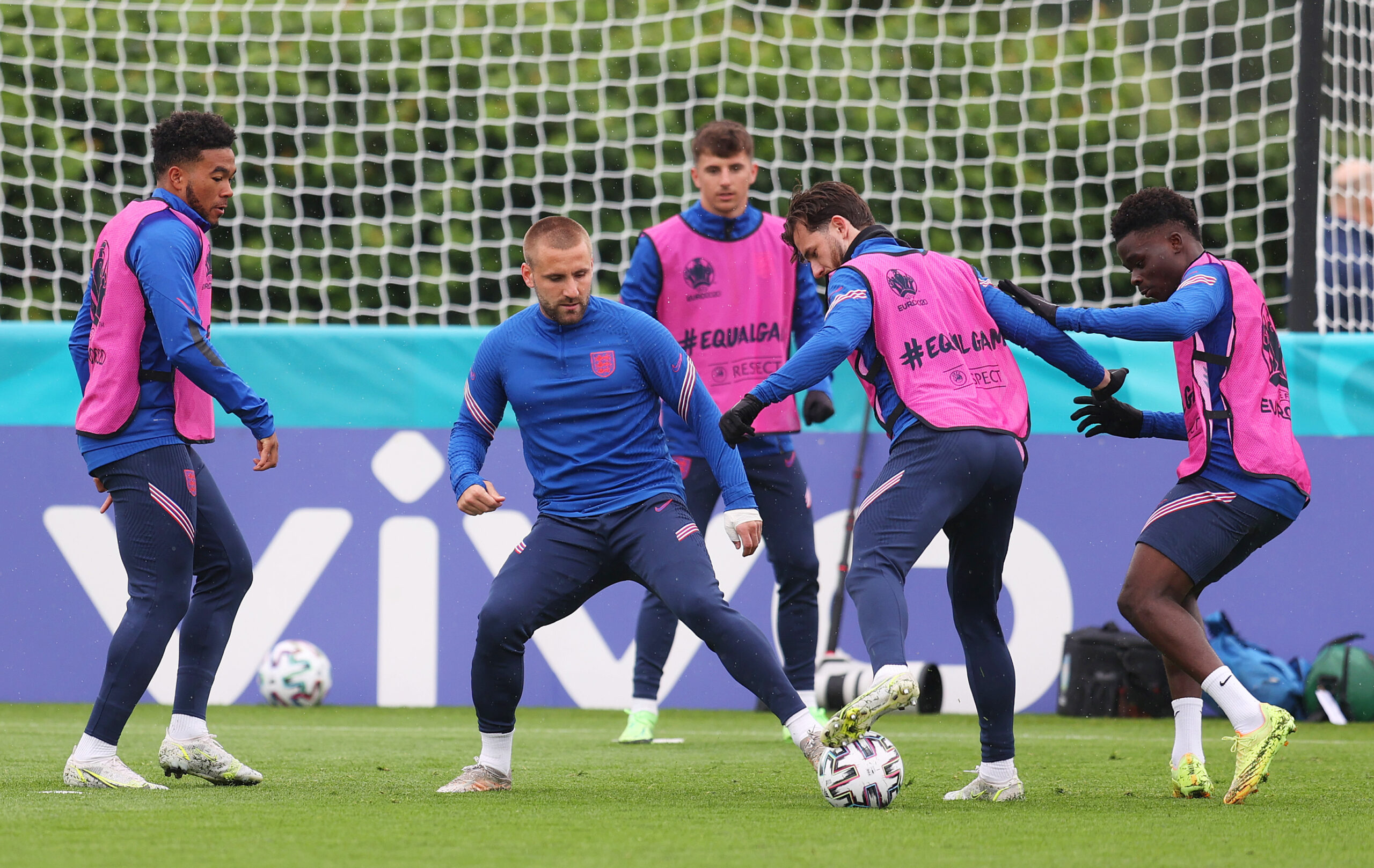 Chelsea left-back Ben Chilwell has admitted that he and Manchester United star Luke Shaw are good friends despite battling it out for the same spot in the England line-up.

Shaw, who has enjoyed a rise to prominence at Old Trafford over the past year, has surpassed Chilwell in the pecking order with the national team, establishing himself as a regular under Gareth Southgate.

Southgate entrusted Shaw with the starting berth at the European Championships, handing him six starts in seven matches at the tournament, with the left-back finding the net in the final against Italy.

Shaw has continued to perform as the Three Lions’ first-choice left-back in the post-Euro 2020 period.

However, after a head injury forced him off the field against Manchester City over the weekend, the 26-year-old may be unavailable for England’s upcoming fixtures against Albania and San Marino.

Southgate told reporters on Thursday that Shaw’s availability for the match against Albania at Wembley hangs in the balance.

“Luke didn’t pass his HIA [head injury assessment] after the first day and rightly, we have to follow the guidelines with that,” he said, as relayed by Man United’s official website.

Shaw’s absence would pave the way for Chilwell’s return to the starting line-up as the Chelsea defender opened up on his relationship with his Red Devils counterpart.

“When you’ve got someone in the same position as you, it doesn’t have to be ‘Ah, you’re enemies’,” he said.

“You’re fighting for the same shirt but you can be friends. It’s the same as me and Luke with England.

Shaw has been an indispensable member of Ole Gunnar Solskjaer’s starting XI this season, developing into one of the club’s most consistent performers despite United’s defensive woes.

The under-fire Red Devils boss will be desperate to have the ex-Southampton defender fit and firing when United take on Watford next Saturday.

It could be Solskjaer’s last opportunity to extend his coaching career at Old Trafford, and he will need every help he can get to pull off a positive result against the Hornets.

Shaw and Chilwell could go head-to-head when United play Chelsea at Stamford Bridge on November 26.