Will the real Manchester United please show up? 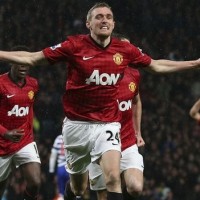 Manchester United produced yet another comeback as they defeated QPR 3-1 at Old Trafford, courtesy of goals from Jonny Evans, Darren Fletcher and Javier Hernandez, momentarily regaining top spot on the Premier League table.

If yesterday had been an historic occasion with the unveiling of Sir Alex Ferguson’s statue outside the stand named after him, for the first hour United did their utmost best to dash any remaining trace of the party mood that had surrounded Old Trafford in the last 24 hours, as they conjured one of their worst first half-displays of the season.

While in the end the result rewarded United, their tendency to forget tempo and pressure in the dressing room is a problem that a world class team can’t afford, let alone a team like United whose shortcomings appear with alarming regularity. Fans must be wondering which one is the real United – the shockingly bad one of the first 58 minutes or the blood and thunder one that scored three times in 10 minutes?

United’s lack of tempo was evident from the early exchanges, with Danny Welbeck familiarly uncomfortable on the wing – the reason why Sir Alex persists to play Welbeck out wide is developing into one of football’s great mysteries – and Scholes, Fletcher and Rooney failing to assert their control on the game, as United repeatedly came unstuck against QPR’s well organised midfield.

The visitors, whose fans repeatedly chanted “We’ve lost the league for you” and “2-1 and we f*****d it up” to remind everybody inside Old Trafford of their wonderful professionalism in the last game of the season against City, were first threatened with 20 minutes gone, as Patrice Evra 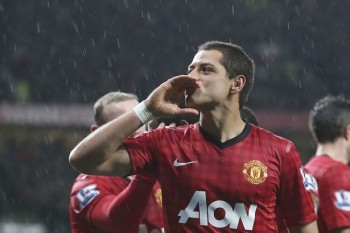 crossed for Robin Van Persie, but the Dutchman could only hit the side-netting.

United were dragging themselves through the first half with no real purpose but still managed to create three chances in ten minutes. First Ashley Young saw his shot fizzle just wide of Julio Cesar’s post after some neat work from Rooney and Scholes, then the Brazilian keeper repelled two efforts from Rooney within a minute – a close range shot on the end of Danny Welbeck’s cross and a pile-driver from 20 yards out.

QPR had the ball in the back of the net sixty seconds later, but Mackie had his celebration cut short as he was judged to have been offside when he headed Cisse’s cross past Lindegaard.

The QPR striker had his goal seven minutes after the restart though, as United were lethargic to react to a corner, allowing Taarabt to pick out Dyer, whose cross was deflected off Lindegaard onto Mackie’s shin and was then poked into the net by Mackie himself, as new manager Harry Redknapp looked on approvingly from the stands.

United were stunned and the crowd that had so often serenaded heroes of yesteryear throughout the afternoon must have wished some of the legends in the stands were available to come to their side rescue who looked totally bereft of ideas and purpose.

To his credit, Ferguson didn’t waste time and replaced Paul Scholes and the extremely disappointing Ashley Young – hard to quantify what a winger that doesn’t cross and doesn’t beat his man can bring to a football club the stature of United – with Anderson and Javier Hernandez.

Five minutes later, United were level. Rooney’s corner was met by Welbeck, who headed the ball back across goal where Jonny Evans showed admirable anticipation for a centre-back as he nodded the ball past Julio Cesar for the equaliser.

QPR’s appalling defending on set pieces was to be exposed again less than five minutes later. With 68 minutes gone, another corner from Wayne Rooney found Darren Fletcher unmarked in the middle of the box and the Scot, making his first league start since November 19, 2011, powerfully headed past Julio Cesar to put the home side ahead before celebrating in front of the Stretford End.

Fletcher might not be the player he was three seasons ago, but after what he’s been through it’s almost a miracle to see him playing at this level again, and there will hardly be a more emotional goal celebration at Old Trafford this year, as the persistency he showed over the last 12 months was finally rewarded.

Another midfielder was at the heart of United’s third goal less than three minutes later, as Anderson produced the sort of powerful surge that United fans had long been hoping for. The Brazilian shrugged off two players before playing the ball through to Javier Hernandez who made no mistake and slotted the ball past Julio Cesar.

For too long Anderson has been tipped as either a lost cause or a potentially pivotal player for United but today’s performance definitely confirmed the latter hypothesis.

Powell replaced Welbeck and there was still time for Rafael to clear Hill’s header over the line, denying QPR a way back into the game as United picked up three points and moved back to the top of the table and will now be interested spectators tomorrow afternoon as Chelsea welcome Manchester City.

Meanwhile, the wait to see the real United side for 90 minutes goes on.

Defeat, but this is no Istanbul inferno for United
RVP bursts West Ham’s bubbles