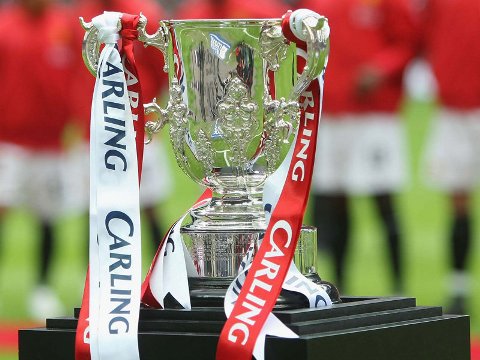 You’re only as good as your last game and following eleven without defeat, Sunday proved something of a wake-up call. United certainly need to up the ante and fortunately they won’t have to wait very long to attempt to put things right. A little over 50 hours to be precise as a trip to Barnsley in the Carling Cup will hopefully lift spirits, if ever so slightly, following the depressing result at Anfield.

It’s been eleven years since we last visited Oakwell where Andy Cole and Teddy Sheringham were on target in a 2-0 win. You may or may not be aware that the current Barnsley manager, Mark Robins, once scored a winning goal against Nottingham Forest for United back in 1990 that is widely believed to have saved Sir Alex Ferguson’s bacon at Old Trafford. He certainly hasn’t looked back since.

You would expect that Ferguson is bound to make a plethora of changes for the tie although he should stop short of picking an entirely different eleven to Sunday. Ben Foster or Tomasz Kuszczak will replace Edwin van der Sar in goal and the back four should definitely see starts for both Wes Brown and Jonny Evans. Gary Neville or Rafael could feature at right-back while Fabio may replace Patrice Evra on the left-hand-side of defence despite his red card in the third round against Wolves.

Following Gabriel Obertan’s return from injury, it has been confirmed that he will make his first appearance for the first team. Darron Gibson should definitely vacate a central midfield slot and Darren Fletcher could come in alongside him having missed out in recent weeks through injury.

Magnus Eikrem will be desperate to show what he is all about following a string of polished performances for Ole Gunnar Solskjaer’s second string although one would suspect he will only make the bench. With Obertan expected to start on the right, Nani or Zoran Tosic will most likely be selected on the left.

With Wayne Rooney, Michael Owen and Dimitar Berbatov all involved against Liverpool, Federico Macheda and Danny Welbeck could be given the chance to impress up top. After a lively debut in the previous round, expect Josh King to appear later on in the game as an impact sub too.

Speaking prior to the match on Tuesday evening, Ferguson has challenged the Reds to prove their credentials by recovering from the defeat to Liverpool.

“Part of the challenge is to get over disappointments,” he said.

“Last season we lost at home 4-1 to Liverpool which was a travesty but we went on to win the league.”

While Sir Alex may be directing his comments more specifically at those who are to be involved against Blackburn this coming weekend, a result against Barnsley will be the first step in the right direction before the vitally important visit of Sam Allardyce’s side. The critics have already surfaced once again despite 10 wins from our previous 12 although anything but a victory against Barnsley and the knives will be sharpened even further.

So what exactly stands in the way of United and a safe passage to the quarter-finals of a competition that has served us so well in recent times? Well Barnsley are struggling in the Championship where they currently sit in 20th place, four points above the relegation spots. Having put together a decent run at the beginning of October, the south Yorkshire club have lost their last two on the spin.

Despite their relatively poor league standing, the Tykes put on an impressive show to knock Burnley out in the last round of the Carling Cup and watch out for Daniel Bogdanovic, the Maltese striker who has scored four goals in eight for Barnsley so far this season.

RoM is running a liveblog