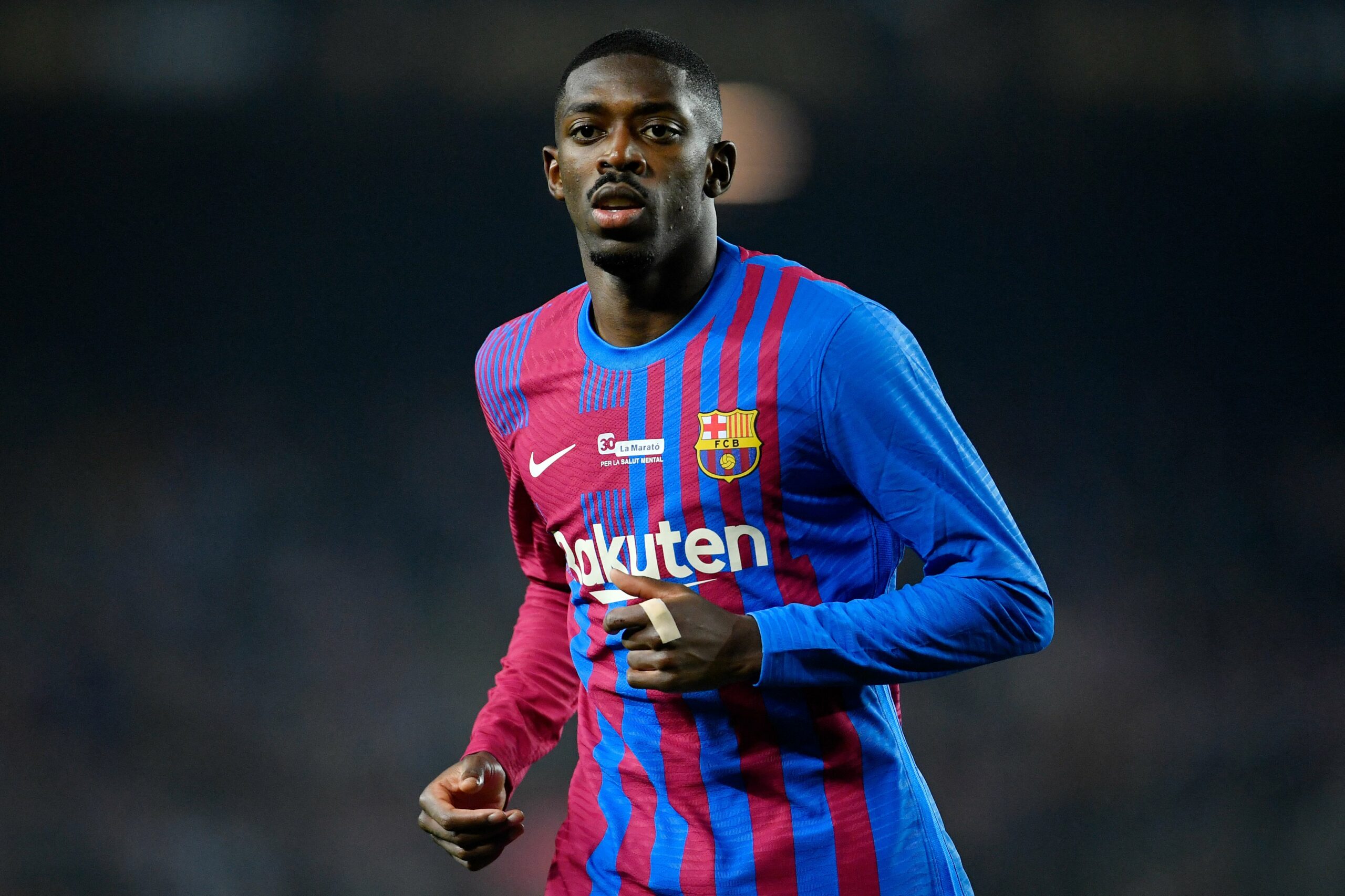 The Frenchman has entered the final six months of his contract with the Blaugrana, and he has no plans of penning an extension.

Blaugrana president Mateu Alemany recently went public saying that he would be sold, but the Frenchman has since hit back.

Dembele said that negotiations are ongoing with his agent over his future, and he won’t give in to blackmail from the Catalan giants.

It appears only a matter of time before he leaves. Mundo Deportivo claims that United are one of the clubs he would be tempted to join.

The Red Devils have been closely following his situation over the past few years, and they would reportedly ‘aspire to hire him’.

United are long-term admirers of the 24-year-old. They previously failed with a loan approach to sign him during the 2020 summer transfer window.

The Blaugrana were willing to loan out Dembele following a one-year renewal, but the attacker’s refusal to extend pulled the plug on the deal.

United have since bolstered their attack with Jadon Sancho from Borussia Dortmund, but the Englishman has yet to make a significant impact.

Sancho will have a bright future ahead. United could still bring Dembele to their ranks if they can reach a suitable agreement with the Blaugrana.

A swap deal involving Anthony Martial has been talked about recently, but United may want some cash alongside Dembele for that to happen.

Alternatively, the £210,000-per-week star could be available for around £16.7 million. Dembele continues to attract interest despite his injury troubles.

United could face direct competition from Chelsea for his services. Thomas Tuchel previously worked with the Frenchman at Borussia Dortmund.