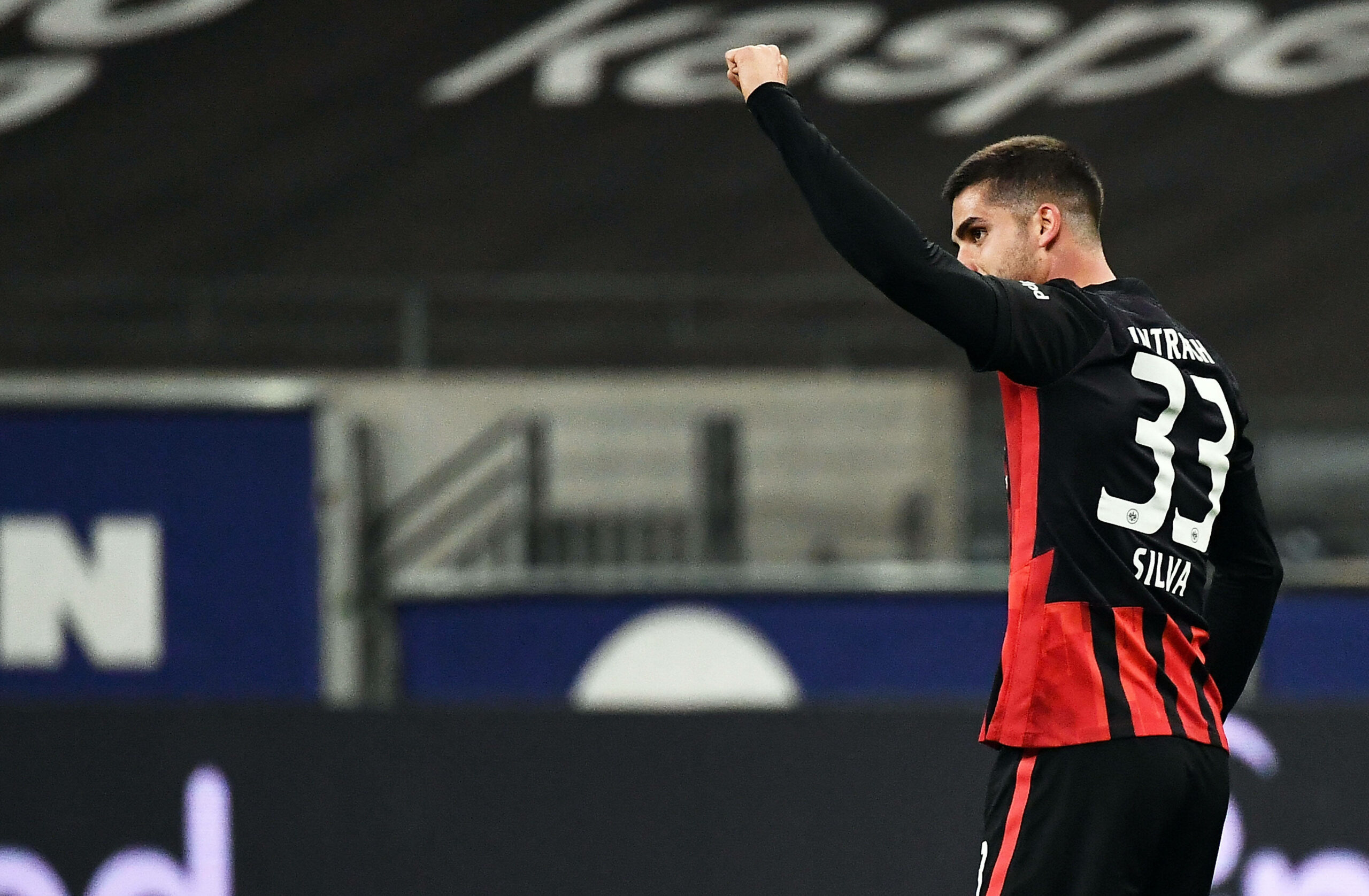 Manchester United’s efforts to land Eintracht Frankfurt forward Andre Silva have suffered a blow as Atletico Madrid have opened talks with the player, according to AS.

The Red Devils have placed a watchful eye on the Portugal international after being priced out of a move for primary target Erling Braut Haaland.

Although the Borussia Dortmund talisman remains Ole Gunnar Solskjaer’s dream signing, there is a genuine feeling United won’t be able to capture the prodigious Norwegian forward.

But Silva, who has emerged as a back-up option, has been almost as impressive in the Bundesliga this season.

The 25-year-old striker has tallied 25 goals and seven assists in 29 league appearances for Frankfurt, with only Bayern Munich’s Robert Lewandowski scoring more than him.

Silva’s mobility and dynamism coupled with lethal scoring instincts have made him one of Europe’s finest strikers.

Following a disappointing stint at AC Milan, the ex-Porto academy graduate has sparked into life in Germany, inviting attention from United’s recruitment team.

Although Solskjaer seems to have convinced Edinson Cavani to extend his stay at Old Trafford for another year, the Norwegian needs a new striker to remain competitive on multiple fronts.

The Uruguayan is entering his twilight years and will be unable to keep up with United’s hectic game schedule next season.

Silva, who will be available for just £26 million in the summer, fits the profile. However, United could miss out on his signature, particularly in light of Atletico’s involvement in the race.

Diego Simeone wants to hijack Solskjaer’s pursuit of the Frankfurt dynamo and has already opened talks with the player’s representatives over a potential summer move.

The parties have reportedly held several discussions and made progress in negotiations, which could scupper United’s chances of signing him.