Ashley: come and get us if you can 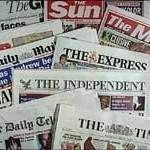 Despite the lack of an official announcement regarding Paul Pogba’s new deal, Tuesday’s sport pages run plenty of stories regarding Manchester United.

Telegraph, where former Arsenal striker Alan Smith believes that United will edge City to the title by a single point, despite predicting that the Reds will draw at Wolves and Blackburn and at home against Everton and lose the derby at the Etihad. It’s fair to say that most fans would rather avoid such a roller-coaster, particularly as games at Molineux and Ewood Park, while tricky, are surely not beyond Fergie’s men. 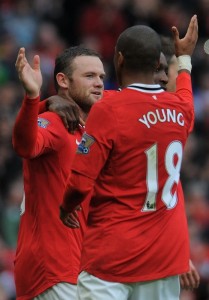 The title race occupies the pages of the tabloids as well. In the Sun Ashley Young says he’s convinced that now that United have regained top spot, it’ll be extremely difficult for City to topple them, as the Reds know everything about the pressure of being in the box seat.

Over to the Mirror, Wayne Rooney praises his side attitude that has allowed United to close the gap point-by-point. The England striker believes that patience and belief were key elements in the comeback but warns that the race is far from over:  “There’s a long way to go, but it’s nice to get to the top of the league and be looking down. Hopefully we can stay there now.”

Finally, both the Sun and the Daily Mail, run a story over Anderson’s fitness problems. The Brazilian could miss the return leg against Athletic Bilbao but, according to the Mail, the remainder of the season could be in danger for him.

Rio: 11 cup finals from now to the end of the season
Evans: Chelsea will put City under pressure