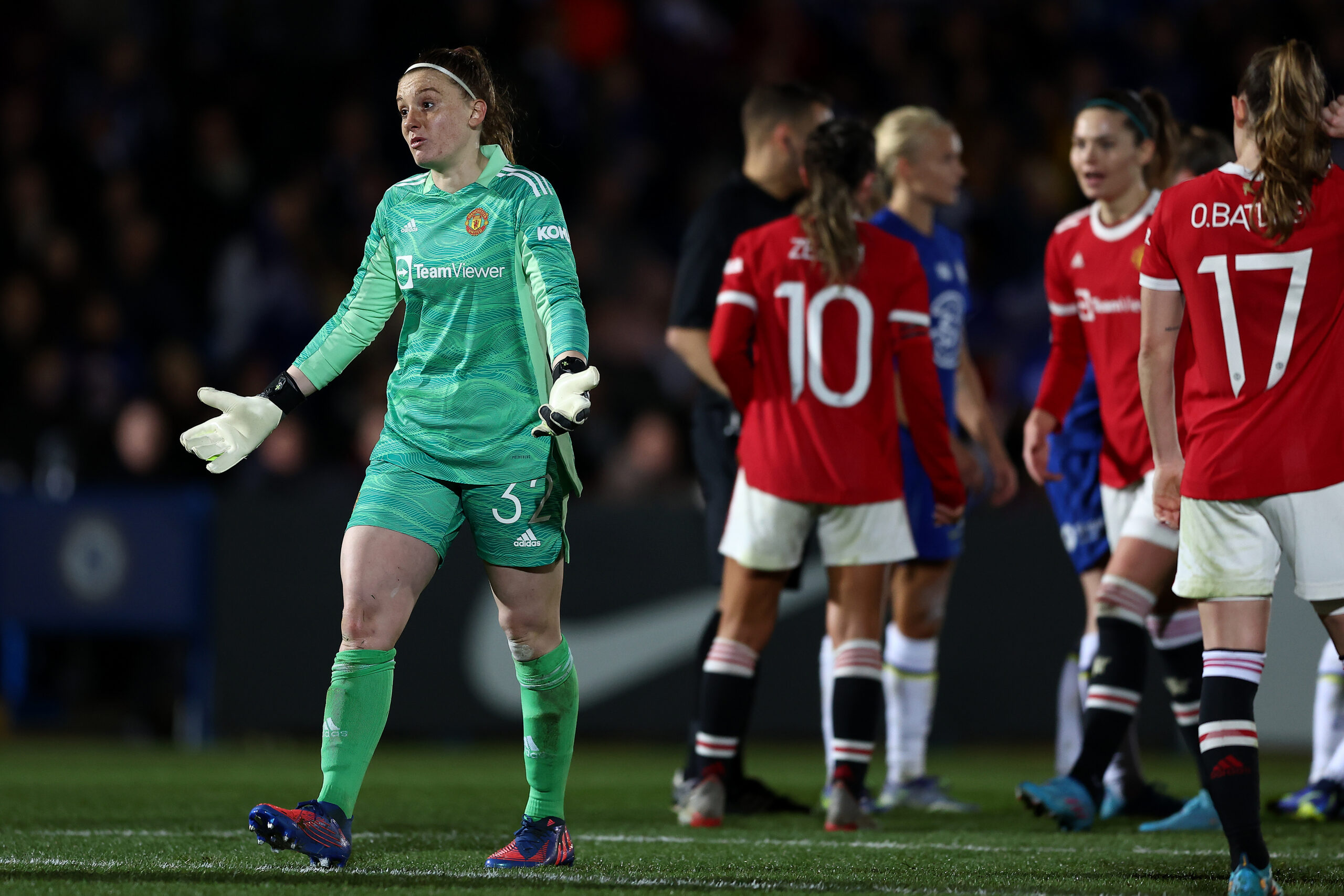 Since succumbing to a 2-0 home defeat to non-other than Arsenal back in late November, Man United have strung together four victories in England’s top-flight.

The Red Devils will be brimming with confidence, given that each of those four abovementioned triumphs came by 2+ goals ‘to nil’ and were accompanied by a half-time lead.

Sat five points adrift of table-topping Arsenal ahead of the kick-off, Marc Skinner’s players could be facing their last opportunity to return in the title race.

United can find some comfort in the Gunners’ topsy-turvy beginning to the new calendar year, with Jonas Eidevall’s players delivering a mixed bag of performances across their first three league matches of 2022.

A come-from-behind 2-1 victory over Brighton last time out helped the London outfit halt a run of back-to-back league outings without winning (D1, L1).

However, it also means that they have failed to keep a clean sheet in any of their last three Super League fixtures, giving Man United plenty to look forward to in the nation’s capital.

The H2H record since the start of 2021 is concerning if you are a Man United fan, with the Red Devils losing two out of their three competitive meetings with Arsenal in that period without scoring (W1).

In the Super League alone, United have lost their last two encounters against the Gunners by an identical 2-0 scoreline, conceding inside the first ten minutes of the second half on each occasion.

But a hard-fought 1-0 victory in the Women’s League Cup quarter-finals at this venue back in January should fill head coach Skinner with optimism ahead of this pivotal clash.

Man United head into proceedings as the only side in Women’s Super League yet to lose away from home this season, racking up three wins and two draws from their seven top-flight travels.

A clear-cut 2-0 win at Brighton & Hove Albion in their most recent league road trip marked United’s first win and a clean sheet after back-to-back 1-1 draws away from home.

With each of those three matches featuring precisely one goal in each half of play, action either side of half-time is well on the cards, even though this promises to be a cagey, evenly-contested battle.

Barring a 3-1 triumph over Leicester City in September, each of the Red Devils’ remaining four Super League away games have featured under 2.5 total goals.