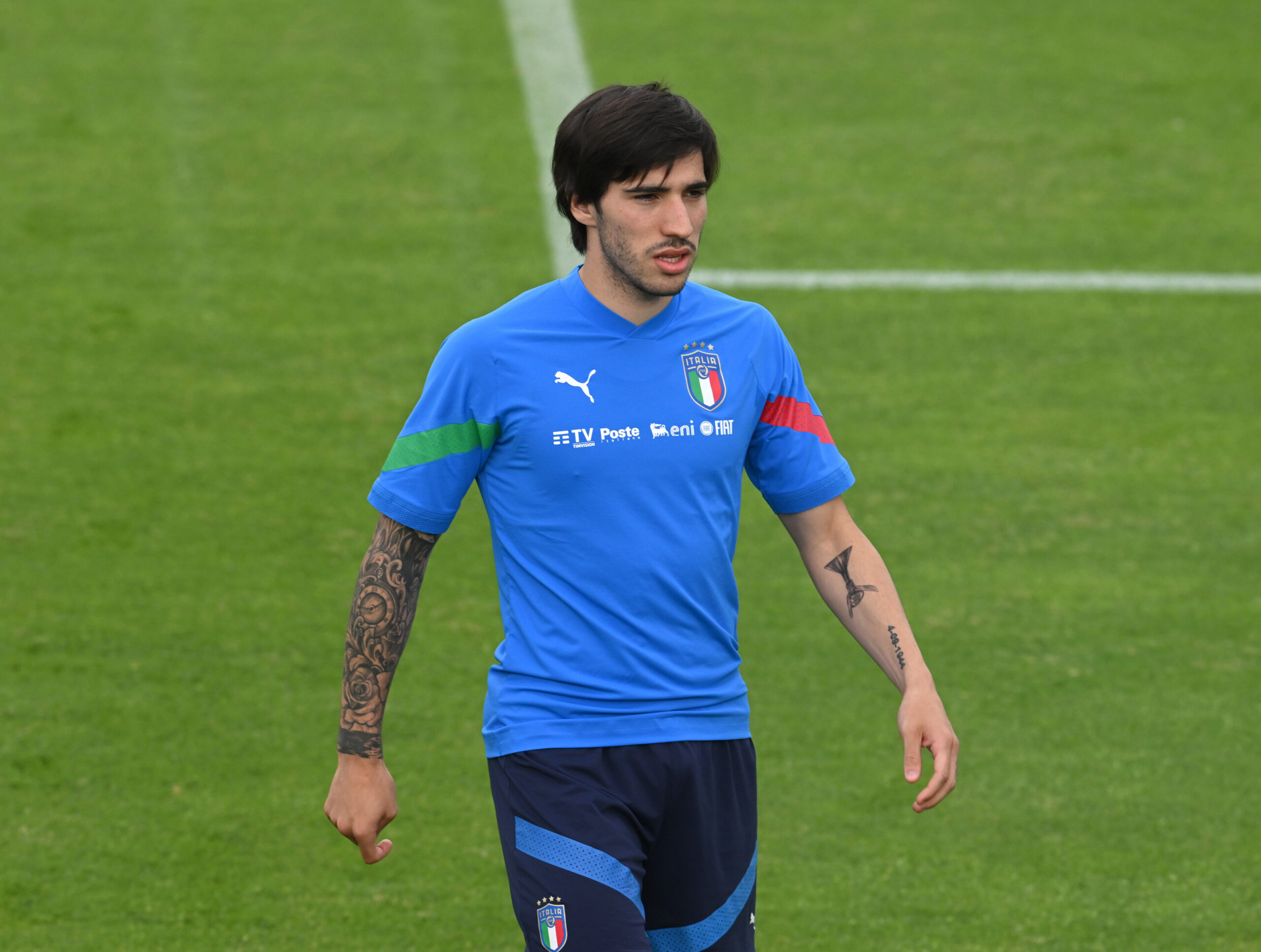 Manchester United should consider a move for reported Arsenal target Sandro Tonali this summer, having failed to persuade Frenkie de Jong to join them thus far.

The Red Devils have spent most of the transfer window trying to pursue De Jong’s services, but the 25-year-old has yet to give the green light over a possible transfer.

While a fee has been agreed with Barcelona for his services, De Jong continues to resist the prospect of leaving the Catalan giants during this summer’s transfer window.

If he were to eventually move on, United have their work cut out to sign him with Premier League rivals Chelsea also said to be pushing to secure his services this summer.

With Champions League football up for grabs at the west London outfit, there is every chance that De Jong could snub United’s advances for a move to Stamford Bridge.

Hence, United are better off looking at alternatives. Juventus’ Adrien Rabiot is close to joining the club, but the hierarchy should eye another marquee signing in our opinion.

Arsenal have reportedly entered talks to sign AC Milan’s Tonali recently, and it has been claimed that the Italian could be prised away for a fee in the region of €55 million.

It is unclear whether there is any truth to the story but if an opportunity arises, United should jump at the opportunity of signing the highly-rated midfielder ahead of the Gunners.

The 22-year-old is regarded as one of the best young midfielders in European football, and last season saw the best of him at Milan, who ended their 11-year wait for the Scudetto.

Tonali averaged an impressive 1.5 tackles and one interception per Serie A game while winning 3.7 ground duels. He also completed 86 per cent of his passes with eight big chances created.

The former Brescia graduate also chipped in with five goals and three assists in the league campaign. Hence, he has all the traits to evolve into a world-class midfielder in future.

With the prime years of his career ahead of him, he will only get better. If United were to sign him, he would have the ideal platform to develop under manager Erik ten Hag.

The Dutch tactician comes with a big reputation of getting the best out of his players, young or experienced. In our view, Tonali would be an ideal acquisition for United.