Antony recalls tough upbringing in Sao Paulo, names Cristiano Ronaldo as one of his idols 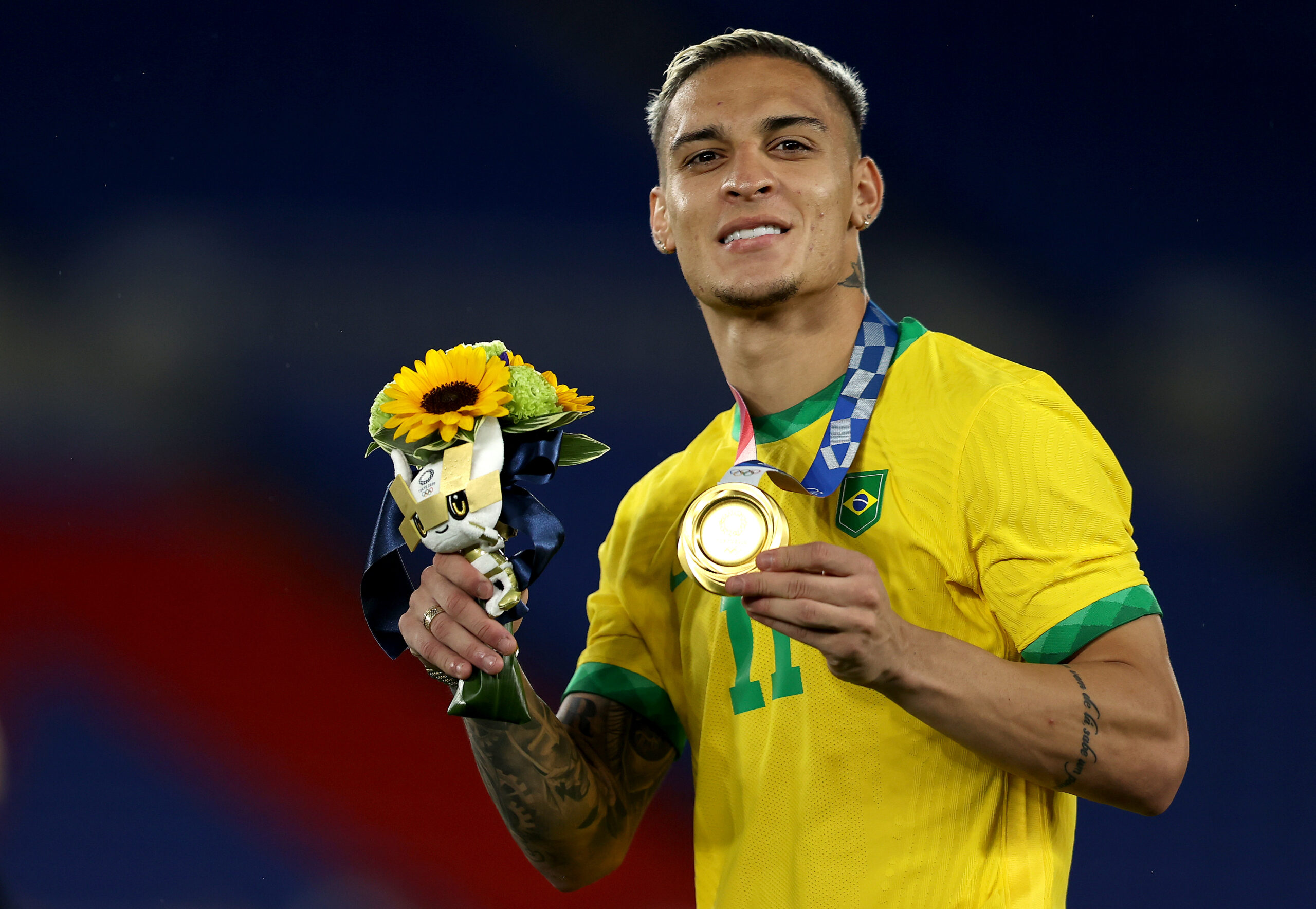 Speaking exclusively to The Players’ Tribune, Manchester United attacker Antony recalled his tough upbringing in Sao Paulo and named his idols from his development years.

The 22-year-old made the headlines this summer with his big-money move from Ajax before the transfer deadline. He has already proved a good signing with three goals from 11 games.

United fans will get to see more of him at the upcoming World Cup with Brazil before the season resumes in December. Antony has now shared his experience from his early days in Sao Paulo.

In his own words for The Player’s Tribune, Antony said that dribbling came as a natural instinct for him from the start and he would play with anyone including drug dealers, bus drivers and thieves.

The Brazilian added that he had no fear with a ball at his feet and credited Ronaldinho, Neymar and United star Cristiano Ronaldo for the tricks he has learned over the years.

He said: “In the beginning, I played barefoot, on bleeding feet. We did not have money for proper shoes. I was small, but I dribbled with a meanness that came from God. Dribbling was always something inside me.”

“It was a natural instinct. And I refused to bow my head to anyone. I would elastico the drug dealers. Rainbow the bus drivers. Nutmeg the thieves. With a ball at my feet, I had no fear.

“I learned all the tricks from the legends. Ronaldinho, Neymar, Cristiano [Ronaldo]. I used to watch them on YouTube, thanks to my ‘uncle’ Toniolo. He is not my blood uncle.

“He was our next-door neighbour. But he treated me like family. When I was little, he used to let me steal his WiFi so I could go on YouTube and get my football education.”

Antony has done the hard yards to get into the position where he is today. The dribbling has been a part of his game and has played a key role in his development into an elite winger.

The Brazilian has started his United career in sublime fashion with three goals from six league games. He has the chance to make the right wing position his own for the next decade.

Antony was sidelined with a hip injury in the final four games for United before the World Cup break, but he has returned to full training with Brazil ahead of the tournament in Qatar.