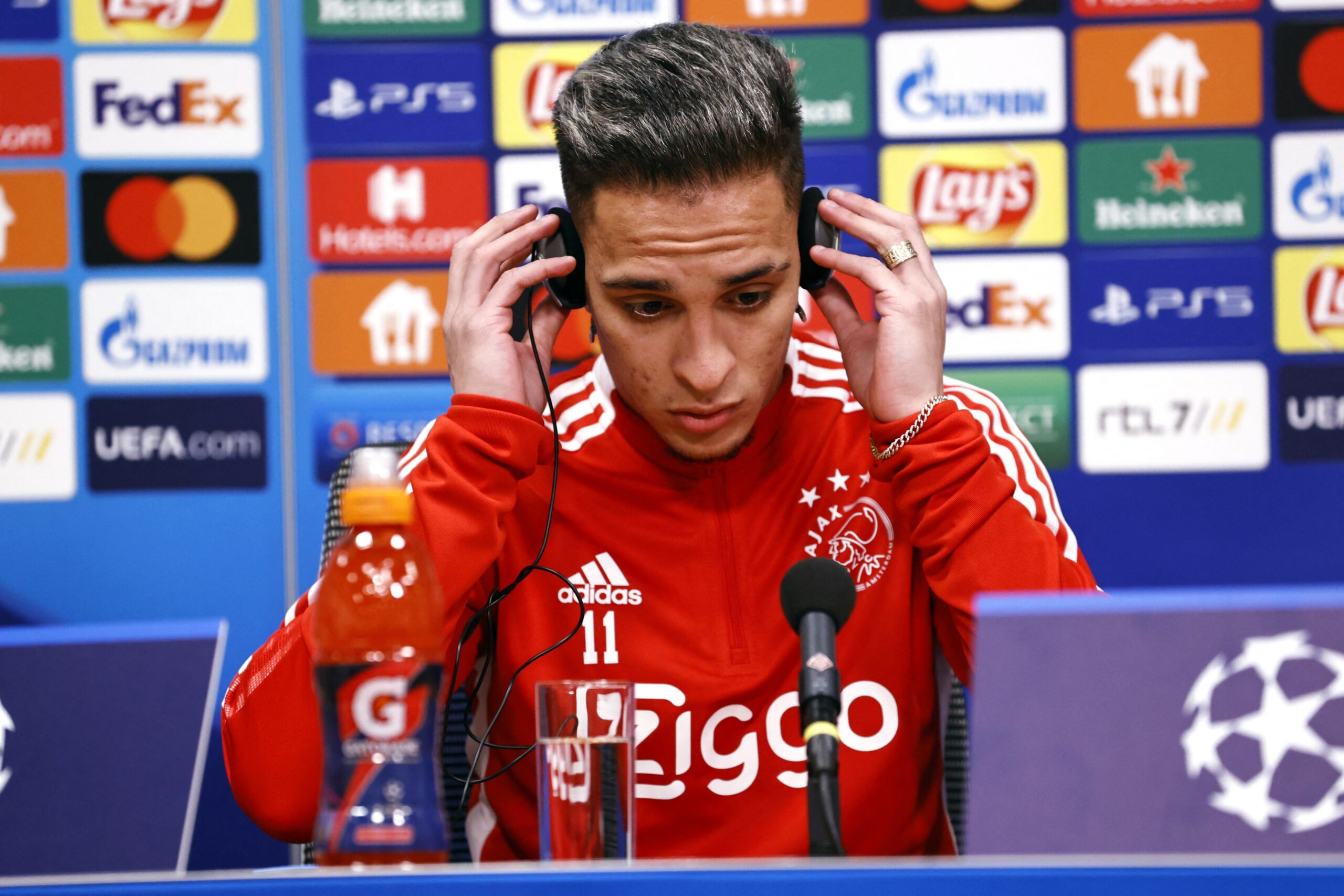 Antony could make his Manchester United debut against Arsenal on Sunday, provided the club can finalise the necessary formalities before the cut-off time for registration.

The Red Devils officially confirmed an agreement to sign the Ajax star today, but he won’t play any part during the club’s visit of Leicester City on Thursday with his UK visa and work permit pending.

United have until midway on Wednesday to register him with the Premier League for the Foxes trip, but that seems unlikely to happen. Hence, he looks on course to make his club debut at home.

The Red Devils are scheduled to host the Gunners in Sunday’s 4.30pm kick-off at Old Trafford, and Antony could feature in the game so long as all the documents are sorted by Friday noon.

Antony should be an exciting signing for Man Utd

United have definitely paid over the odds for Antony this summer, but the outlay seems justified, considering manager Erik ten Hag earmarked him as his priority attacking target.

The 22-year-old is a specialist left-footed right winger, and should provide the much-needed creativity from the role. Jadon Sancho has shown glimpses of his quality, but he tends to excel on the left wing.

The same can be said about the likes of Marcus Rashford and Anthony Martial. In Antony, United have someone that is a natural from the right wing and has almost exclusively played from the position.

He registered an impressive 46 goal contributions over the past two years at Ajax under Ten Hag. Out of those, 50 percent were assists. Hence, we can expect him to create plenty of chances aside from scoring.

Antony still has plenty of room for development at 22. He is already a handful for defences with his extreme pace and superb dribbling. Ten Hag could transform him into a world-beater in the long run.

The Brazilian star appears in line for his debut against Arsenal on Sunday, and fans will be hoping that he can make a big impression. Nothing will be better than scoring against one of the club’s fierce rivals.