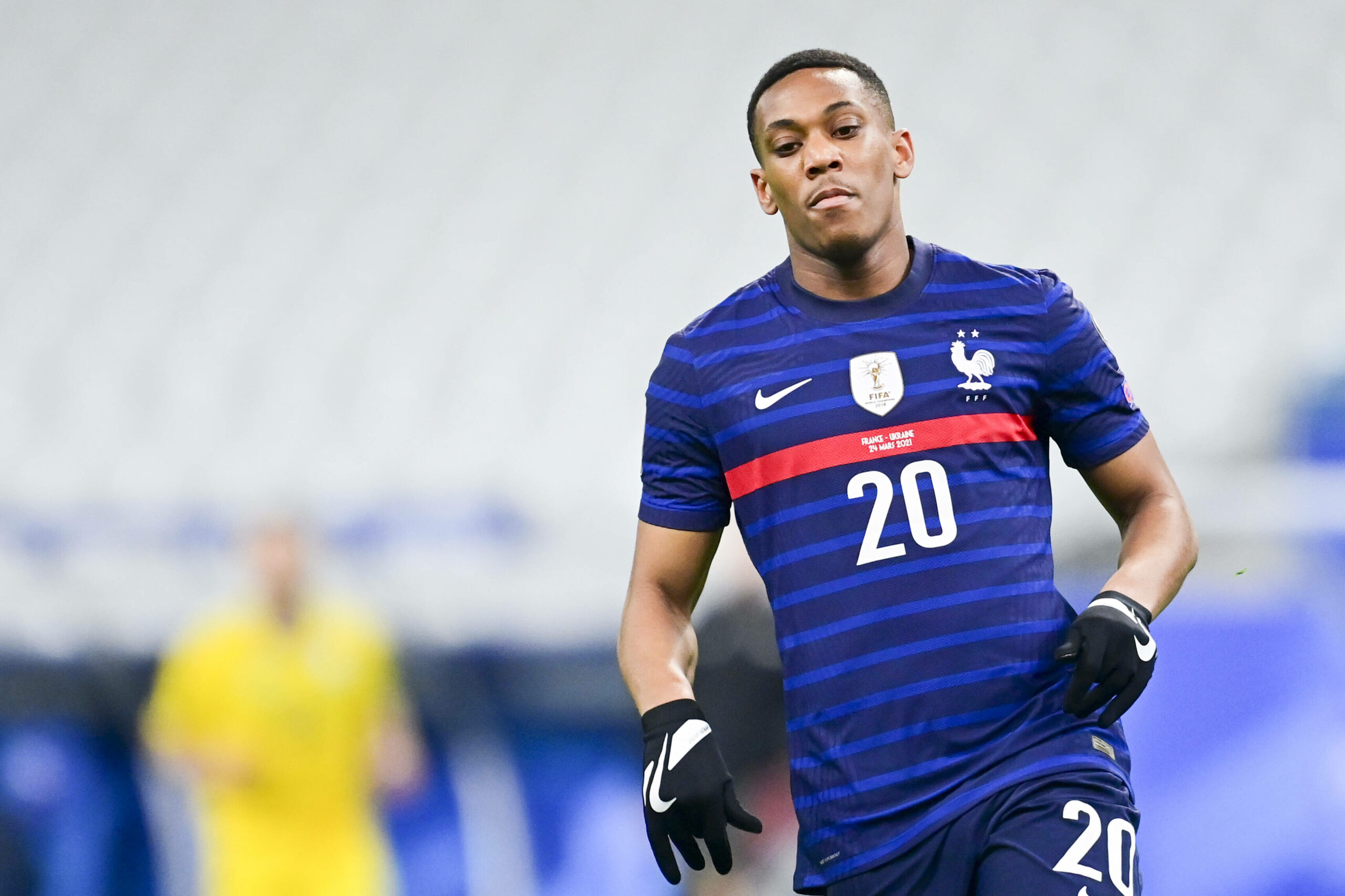 Coach Didier Deschamps gave Martial a start in the all-important game, but the 25-year-old fell awkwardly inside the penalty area under a challenge during the second half.

Martial received lengthy treatment after which he resumed playing, but he soon signalled that he could no longer continue.

The Frenchman limped off to be replaced by Kylian Mbappe in the 59th minute.

Luckily, the job was already done for Les Bleus who were leading 2-0 courtesy of Ousman Dembele and an own goal by Kazakh defender Serhiy Malyi.

While Martial’s current club form has been under the spotlight, with the forward scoring just seven goals in 36 appearances for Manchester United this season, head coach Deschamps praised his performance against Kazakhstan.

“They (Martial and Dembele) did some interesting things,” the France boss said at the post-match press conference.

“Ousmane has confirmed that he’s getting back on the right track. He’s capable of repeated sprints and making the difference.

“He was rewarded with his goal. Anthony was behind the opening goal. It’s good for them both.”

Despite Martial’s current form, whose last goals for the club came during the 9-0 win against Southampton in February, his injury will be a big worry for manager Ole Gunnar Solskjaer.

United have faced a lack of attacking options in the past few weeks, with Edinson Cavani and Marcus Rashford also dealing with injuries.

The Red Devils have also not been able to find the back of the net consistently, which makes injuries to forwards during the international break a cause of concern for Solskjaer.

United realistically have the chance of winning only one trophy this season – the Europa League.

The club will face against Granada in the quarter-final away leg next week, and Solskjaer will hope Martial is fit enough to make the trip to Spain.