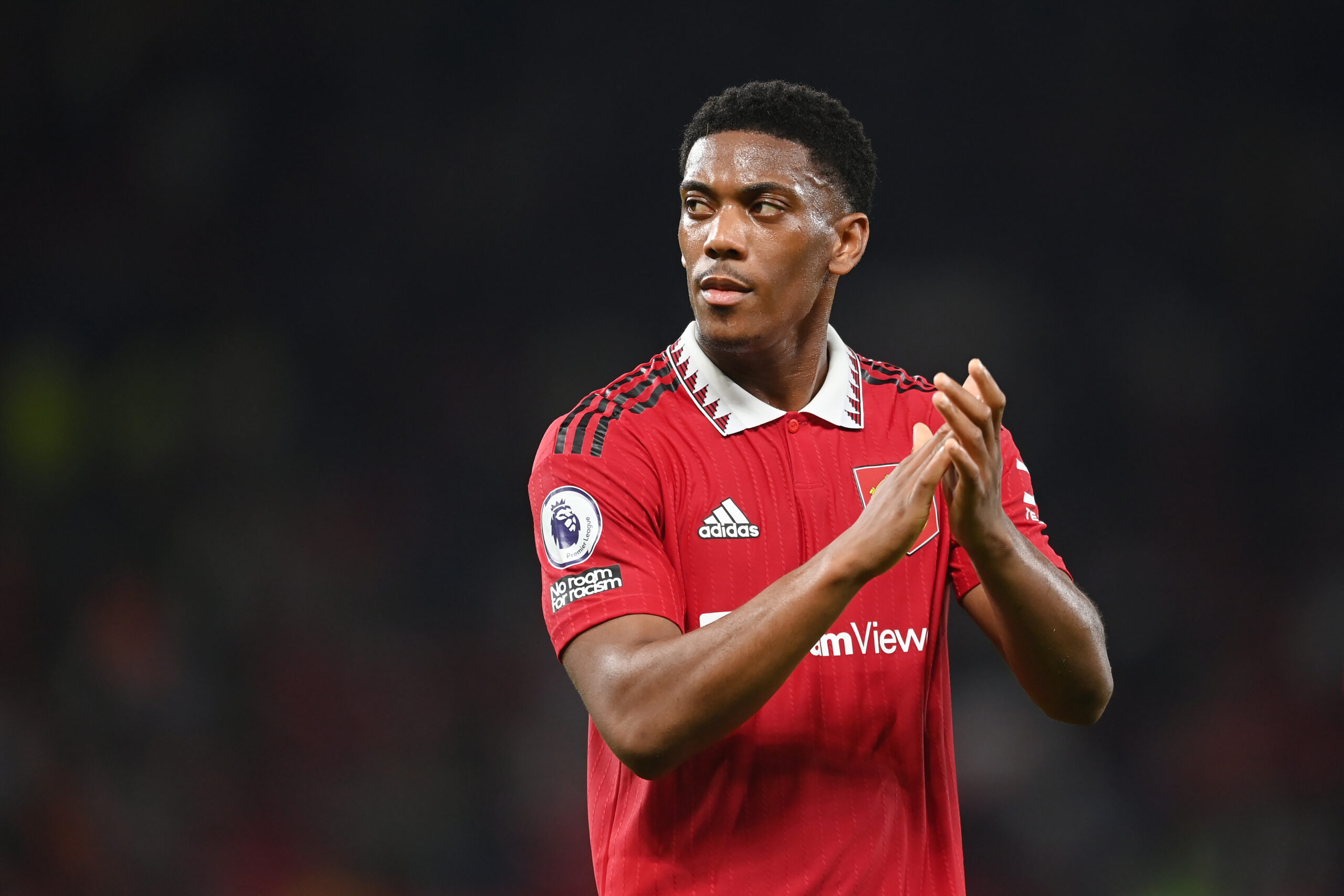 The Frenchman was struggling in the lead-up to the Manchester derby with a leg injury. He managed to return in time for the game but was substituted at the half-time interval.

Antony played in an unfamiliar number nine role after Martials’ substitution and Ten Hag has now hinted that the 27-year-old could be a doubt for the midweek trip to south London.

He told Manutd.com: “I hope to avoid that he [Martial] was getting injured [by bringing him off]. He was complaining, so that’s why he also didn’t train in the week and why he was a question mark.”

“He and we both decided that he had to start because his start would be so important in this game [against City] with his pace. Especially with pressing, he is really good and he is a really big element in our pressing, I needed that before half-time.”

“He begged to start because I knew the start would be so important in this game. Especially because he is really good with his pressing and he is a really big element in our pressing, and he did that really well before half-time.

“But also you saw he was not capable to go 100 per cent and that’s what you need. Also, to avoid him getting injured, we took him off, and it also had an impact on our game, a negative impact after half-time.”

While Ten Hag has yet to make a decision over Martial’s availability, Weghorst is available to make his debut, having formally joined from Burnley on loan for the rest of the campaign.

The Dutchman has already had a couple of training sessions with the team. When asked about him, Ten Hag said that he is still mulling over his team selection against Patrick Vieira’s side.

He added: “I have to think about that. First, we will settle down for this game and make the right conclusions, then we will make a clear plan.”

“I have to see about their players, as we have already faced Palace in pre-season and I know how their team is. The total plan I don’t have now and I haven’t constructed it. From this point on we can construct and prepare the team in the right way.”

Ten Hag has been handling Martial with caution due to his injury record. The Frenchman was rested against Charlton Athletic and only played 45 minutes of the derby.

With a crucial league game against Arsenal at the weekend, the Dutch tactician could decide to leave him on the bench tomorrow and may only play him if required.

United have the quality in the squad to beat Palace. They should be favourites going into the game after a nine-match winning run and Marcus Rashford in blistering form.

The arrival of Weghorst has probably come at the right time. Palace are not the best side when it comes to defending set-pieces. Kai Havertz recently scored a headed winner for Chelsea.

Weghorst could have a lot of joy against them in the box. His strong aerial and physical presence should provide plenty to think about for the Palace backline tomorrow.

The 30-year-old should also provide the high press that Ten Hag prefers. Weghorst was top of the pile for pressures in the second half of the last Premier League season.