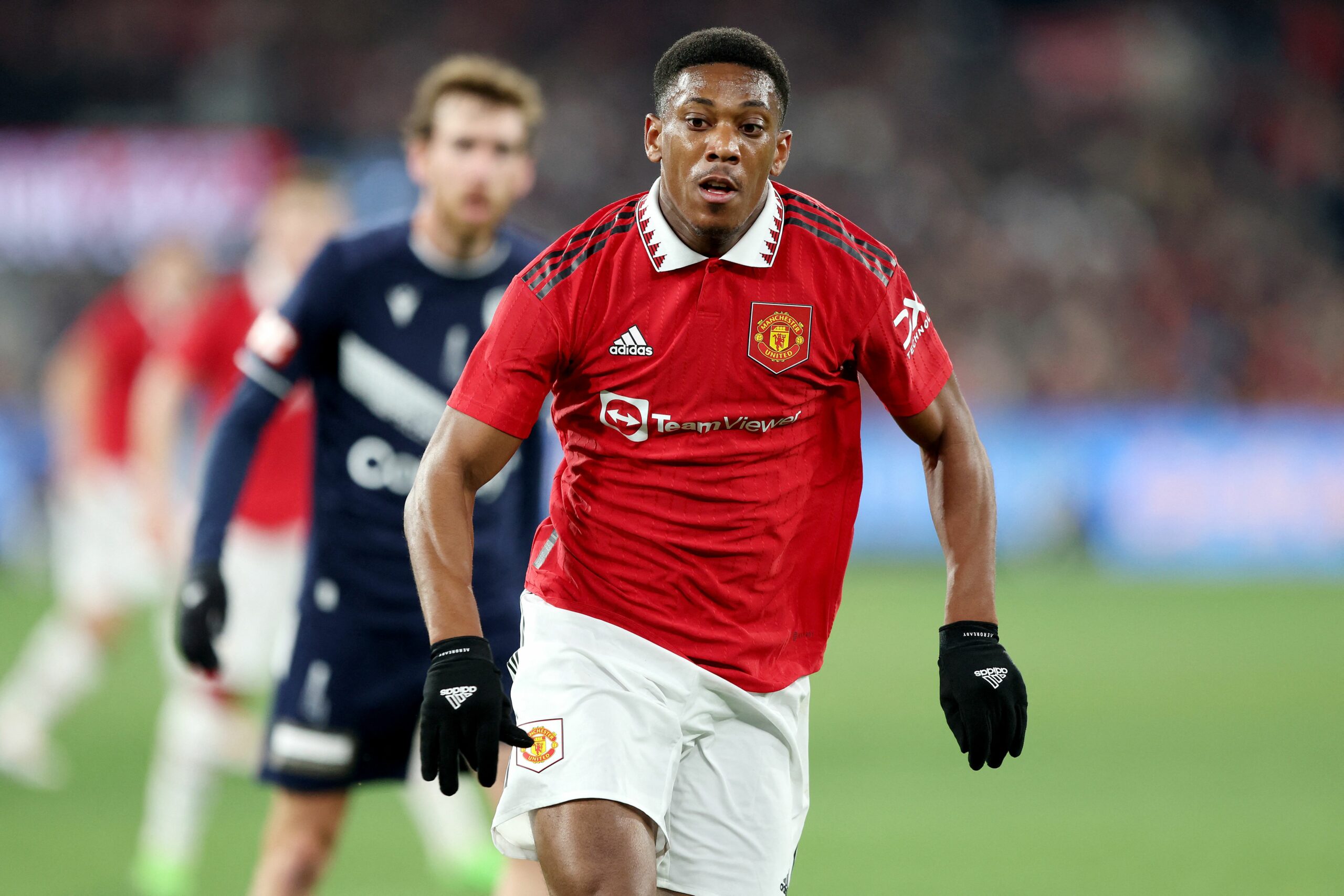 Manchester United manager Erik ten Hag has confirmed that Anthony Martial is back in training ahead of Monday’s Premier League encounter against Liverpool at Old Trafford.

The Red Devils have made a horrendous start to the campaign with back-to-back losses, and they are currently rooted to the bottom of the table with zero points and a minus five goal difference.

The club now face a difficult challenge against Jurgen Klopp’s side at home, and the game is a must-win for them or they could go as many as seven points adrift of the top four.

Speaking in his pre-match press conference, Ten Hag confirmed that Martial is back in training after a hamstring issue, but Lindelof has not recovered from his undefined injury.

He told Manutd.com: “Victor has not returned to the training pitch but the good news is that Anthony Martial is back in training with the team.”

Martial’s return is a big boost for Manchester United

Martial was superb for United during the first half of pre-season. The Frenchman scored in three successive friendlies, and was on course to start against Brighton & Hove Albion.

However, the 26-year-old suffered an untimely hamstring injury in the 1-0 loss to Atletico Madrid, ruling him out of the opening two games of the new Premier League campaign.

Martial has now returned to full training alongside his teammates. He may not be rushed into the starting line-up, but could definitely play a role off the bench if he passes a late fitness test.

Regardless of Martial’s fitness, United need to turn up against their arch-rivals on Monday. We are just into the third game of the season, but the club’s top-four hopes are already on the line.

United can ill-afford to lose three straight games at the start of the season. They face an enormous challenge against Liverpool, but Ten Hag will be hoping for a strong team response.

The odds are definitely stacked against the Red Devils at the moment. They have lost the last three meetings versus Liverpool in poor fashion, conceding four or more goals on each occasion.

Manchester United not giving up on Antony deal
Jurgen Klopp hits back at Gabriel Agbonlahor’s criticism of Erik ten Hag, expects Man United to bounce back from their current struggles