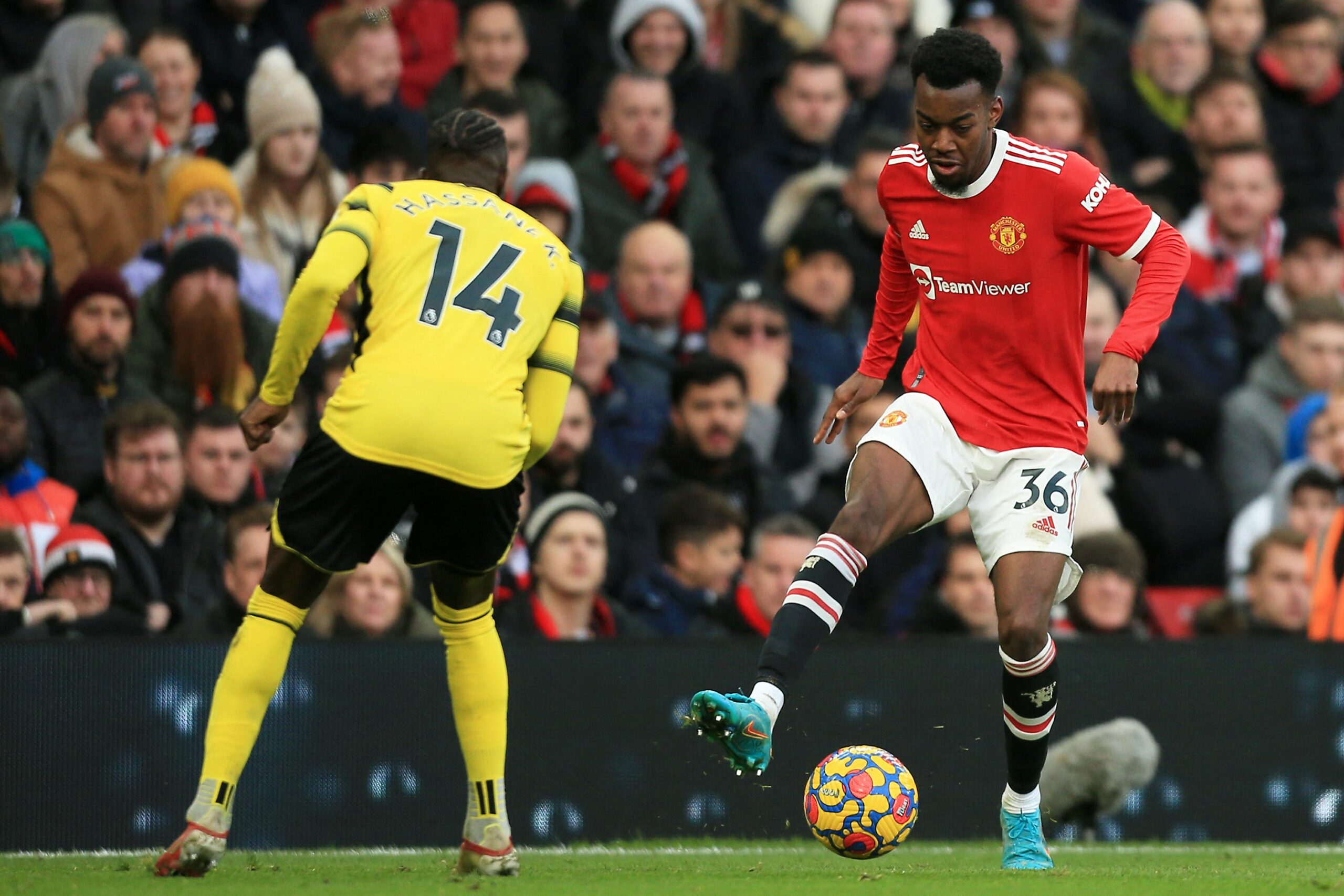 The Red Devils had the chance to boost their top-four prospects with a third-straight league win, but missed the opportunity with a poor display in front of goal.

They were guilty of squandering chances, not for the first time this season. As a result, they are just two points ahead of fifth-placed Arsenal, who have three games in hand.

Despite another frustrating showing at Old Trafford, there were some positives to take away. The defence was resolute. The Hornets barely had the chance to shoot until the dying seconds.

It was another poor day in the office for the attacking players, but Elanga was a bright spark. The teenager showed his desire to take on defenders with his direct running.

The Swede also impressed with his clever cut-backs from the right wing. There was one instance before the hour mark where he should have scored. His shot was blasted wide of the left-hand post.

Elanga completed the entire 90 minutes with 63 touches and six duels won. However, he may feel the game was a missed opportunity, considering he could have made the difference with the winning strike.

Nonetheless, the 19-year-old has improved on a game-by-game basis since becoming a regular. He was not on the scoresheet for the third match running but was worthy of his starting spot over Marcus Rashford.

Rashford has looked void of confidence over the past few weeks. The England star was dropped to the bench and may have to win Ralf Rangnick’s trust with his cameo performances.