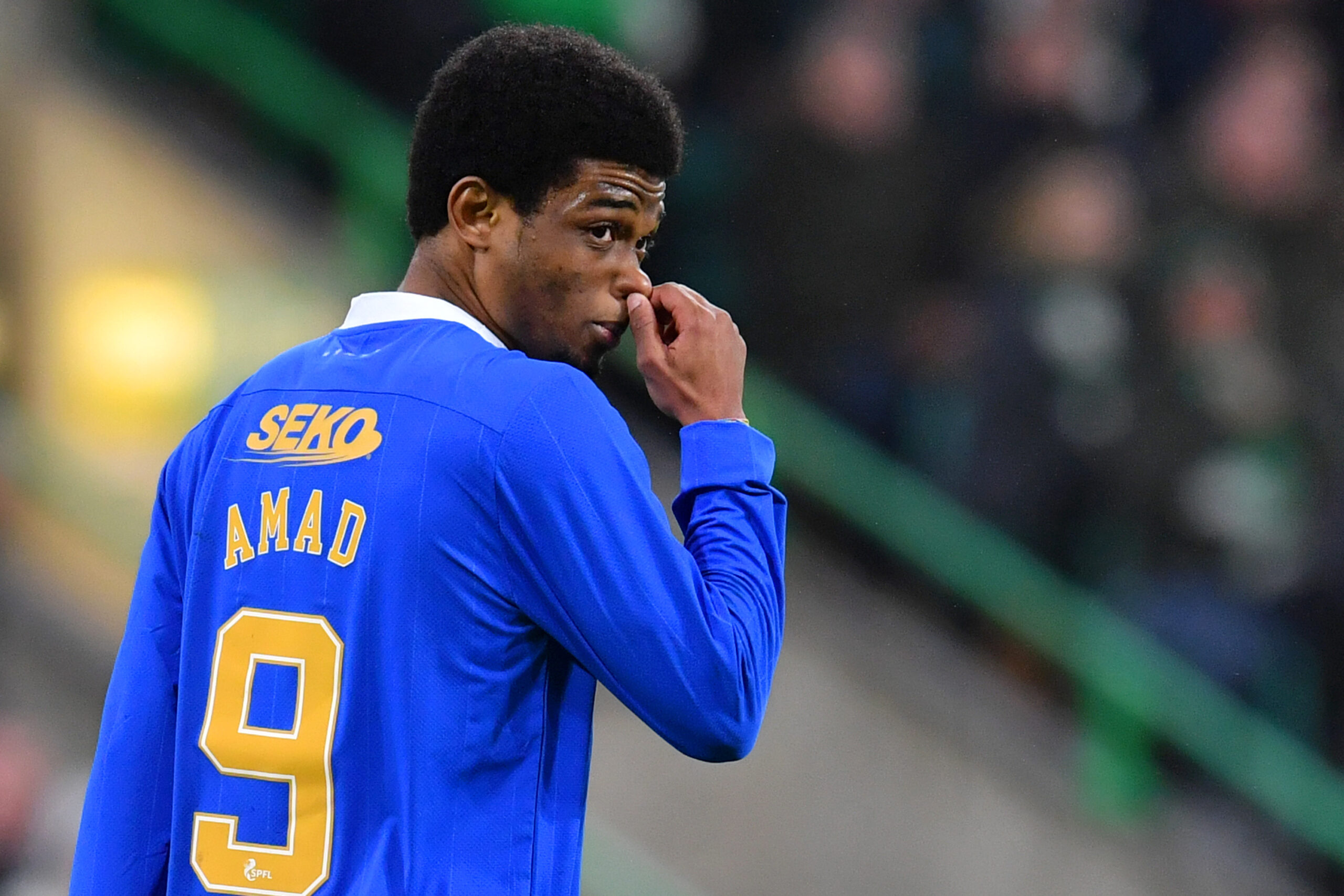 Amad Diallo delivered an impressive performance for Rangers during their 2-0 win over Dundee United in the Scottish Premiership.

The 19-year-old joined the Gers on a short-term loan in January, and it was anticipated that he would be a big success for the club.

However, that has hardly been the case, having struggled to nail down a regular starting role under manager Giovanni van Bronckhorst.

Amad netted his maiden goal for Rangers on his debut in January, but had to wait until today against Dundee United to add to the tally.

The Ivorian came on at the interval for Scott Wright, and produced a superb display which was capped with the second goal.

Aside from this, Amad made three successful take-ons while winning five duels. He completed 25 of his 26 passes attempted.

Having been a regular unused substitute for weeks, the teenager produced a perfect response which should boost his morale.

With Celtic on the cusp of winning the league, it won’t be a surprise if Amad is rewarded with a starting role for the next two games.

Rangers have a Europa League final against Eintracht Frankfurt to follow up. Amad is highly unlikely to be involved.

The youngster has not played a single minute of Rangers’ knock-out phase, and we don’t see that changing on May 19.

Amad joined Rangers to gain valuable first-team experience, but it has not worked out with 10 appearances and just 332 minutes.

He will return to United for pre-season, and the question remains whether he would be part of Erik ten Hag’s squad next season.

The club made a huge outlay of £19.2 million up front for Amad and it was definitely not with the plan to loan him out elsewhere.

With the club’s struggles on the right wing, Amad could finally get the chance to breakthrough and prove his credentials.