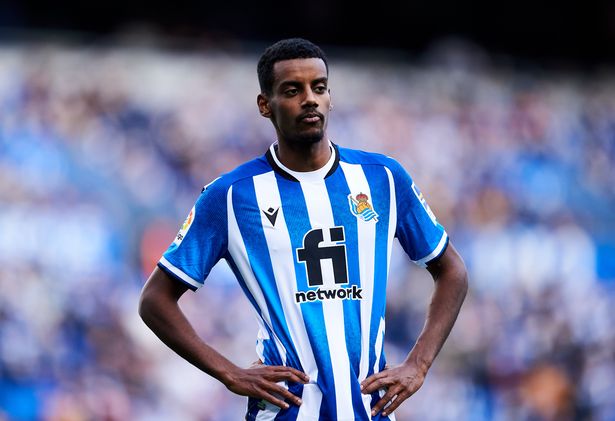 Real Sociedad striker Alexander Isak has been identified as a potential replacement for Cristiano Ronaldo this summer, The Mirror reports.

The Sweden international was linked with Arsenal during the recent winter transfer window, but a deal did not materialise with the La Liga outfit.

Sociedad had no plans of selling him for less than his £75 million buy-out clause midway through the season. The Gunners did not meet the price.

It is now reported that the Red Devils have entered the race for the 22-year-old as they weigh up a potential replacement for Ronaldo next term.

Ronaldo has been a key figure up front on his homecoming, but the club are eyeing a successor if he decides to move on in the summer.

Ronaldo has had an impressive return to the Red Devils, bagging 14 goals and three assists from 25 appearances across all competitions.

Despite this, there remains speculation over his future. He has misfired lately and could move on if the club fail to secure Champions League football next term.

Isak has been highly-rated by several top European clubs, but the Red Devils could be better off looking elsewhere, judging by the player’s progress over the past six months.

The £36m-rated star had a productive 2020/21 La Liga campaign with Sociedad, netting 17 goals. He followed it up with a strong showing for his national team at the European Championships.

While Isak was not regularly on the scoresheet, he impressed with his link-up play and ability to engage counter-attacks from deeper attacking positions with impressive dribbling skills.

This paved the way for Sociedad to hand him a new deal until June 2026 with an increased release clause, but he has been disappointing this term with just four goals from 18 league games.

Sociedad could negotiate a much lesser price for the 32-cap international. However, United should look at other alternatives unless Isak makes a significant improvement in his goalscoring exploits.