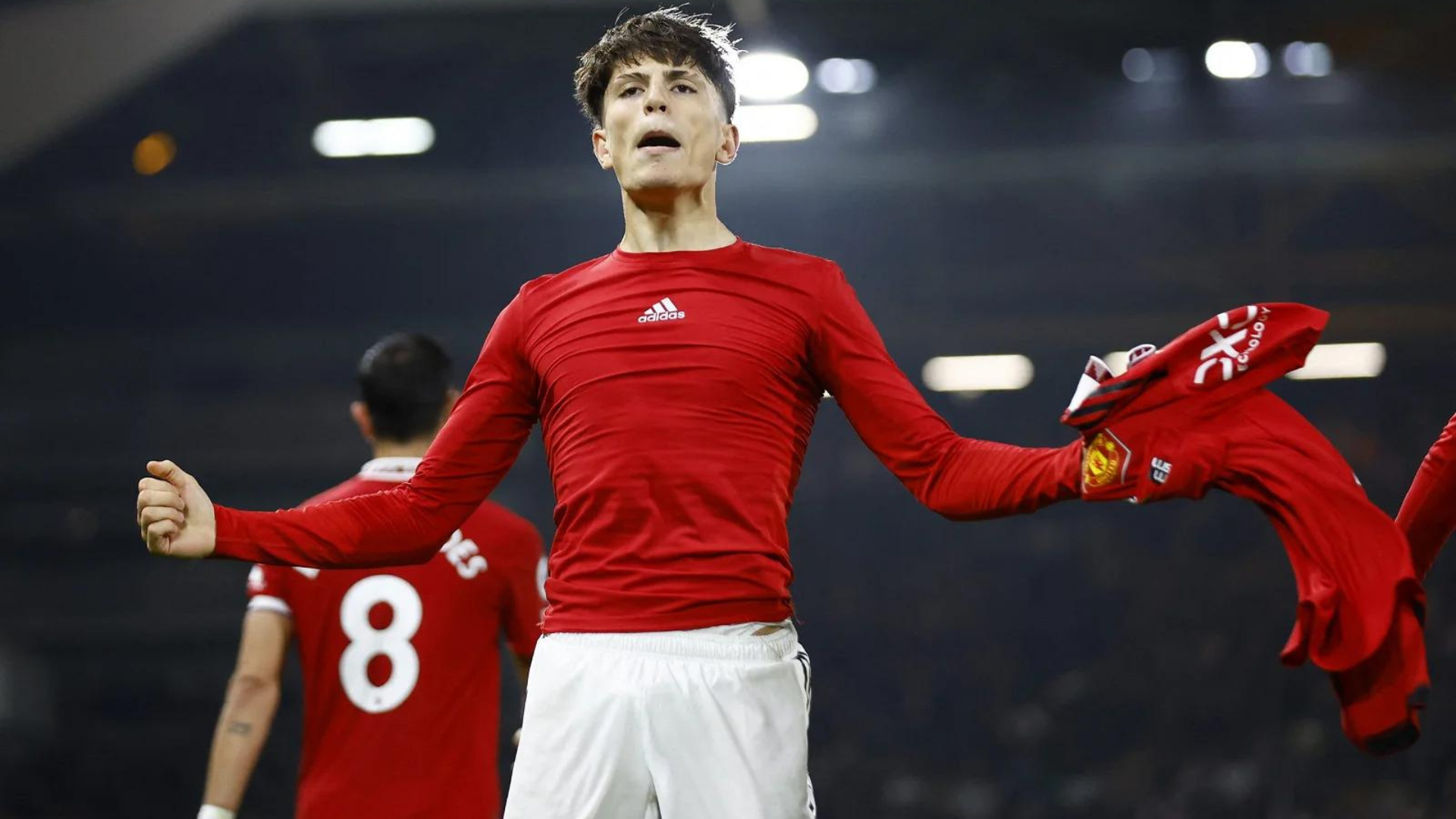 Garnacho is a star in the making

Garnacho burst onto the scene with Atletico Madrid’s youth set-up before joining United’s academy in October 2020. He has since won the FA Youth Cup and the Jimmy Murphy Young Player of the Year.

Under Ten Hag, Garnacho has improved immensely with starring performances in wins against Real Sociedad and Fulham, among others.

He scored an injury-time winner at Craven Cottage and has earned praise from fans and pundits alike. He is also rumoured to have been offered a bumper contract by United.

His stellar performances at the club have earned the 18-year-old the Manchester United Player of the Month award for November.

During an interview with United’s in-house media, Garnacho heaped praise on Ten Hag.

“Erik Ten Hag is a very good manager and, above all, he’s a great person,” he said. “He always pays very close attention to us all and helps us a great deal, especially the young players.”

Garnacho refuses to take a ‘backward step’ in his United career

During the same interview, the Argentinian youngster looked to make his intentions clear on his United future. He stated that his only goal is to make the most of the opportunities Ten Hag is giving him.

Garnacho added that he does not want to take a ‘backward step’ in his United career from where he is right now.

“I’ve had to keep working hard until that moment came where I was given my opportunity,” he added. “For the moment, I’m making the most of the opportunities he’s giving me.

“I don’t want to take a backward step from here – I’d like to appear regularly in the team and keep going in the same way.”

The youngster is currently honing his craft at the Carrington training facility as United prepare to face Cadiz and Real Betis in friendlies next month.

United’s first game back after the World Cup will be against Burnley in the Carabao Cup on December 21.