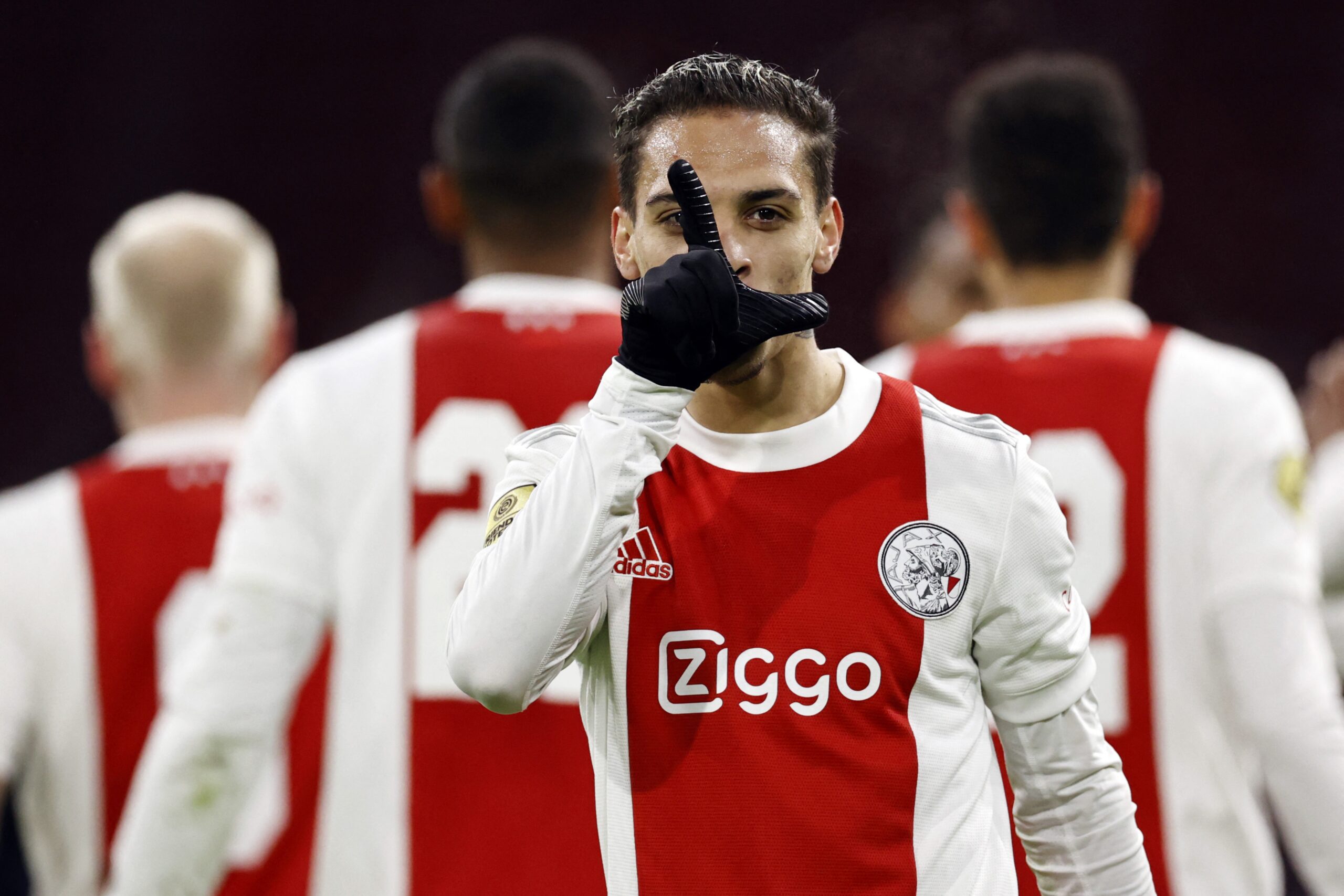 Manchester United’s task of signing Antony has become more difficult with Ajax raising their transfer valuation for the Brazil international.

The Red Devils have earmarked the 22-year-old as their priority attacking target, and it was recently reported that they could make a renewed offer.

However, they have now been handed a blow in the pursuit with De Telegraaf’s Mike Verweij confirming that Ajax want more cash for Antony.

The Eredivisie champions have increased Antony’s price tag from €80m to €100m (£84m) including add-ons, and won’t sell him for less this summer.

Man Utd have tough job on their hands to land Antony

United are said to be weighing up a renewed approach for Antony. The process could be sped up with the Brazilian back to playing football.

The right-winger had been nursing an ankle injury since March this year, but he was deemed fit to start against Shakhtar Donetsk yesterday.

After the prolonged saga for Lisandro Martinez, United should be well aware that Ajax won’t negotiate with them on the valuation.

The Red Devils ended up paying around €67m (56.2m) for Martinez earlier this month with add-ons and solidarity payments included.

They will need to make another huge outlay to pursue Antony, but it remains to be seen whether they meet Ajax’s new asking price.

At £67.3m, United would have been optimistic of signing him, but the raise to £84m brings an uncertainty whether the club will remain interested.

Such figures are related to players, who are in the peak of their careers.

Antony has shown plenty of promise in Eredivisie with 22 goal contributions last term, but the board may have second thoughts now.

The 22-year-old could well become a leading star for United in years to come, and has the perfect manager to guide him in Erik ten Hag.

Ten Hag got the best out of him during their two seasons together at Ajax, and could take the Brazilian to the next level with the Red Devils.

The Dutch tactician has recommended him to the club’s hierarchy, but questions could be raised with the ever-increasing demands of Ajax.

Antony still has three years remaining on his deal with the Amsterdam outfit, who are now looking to take advantage of United’s situation.