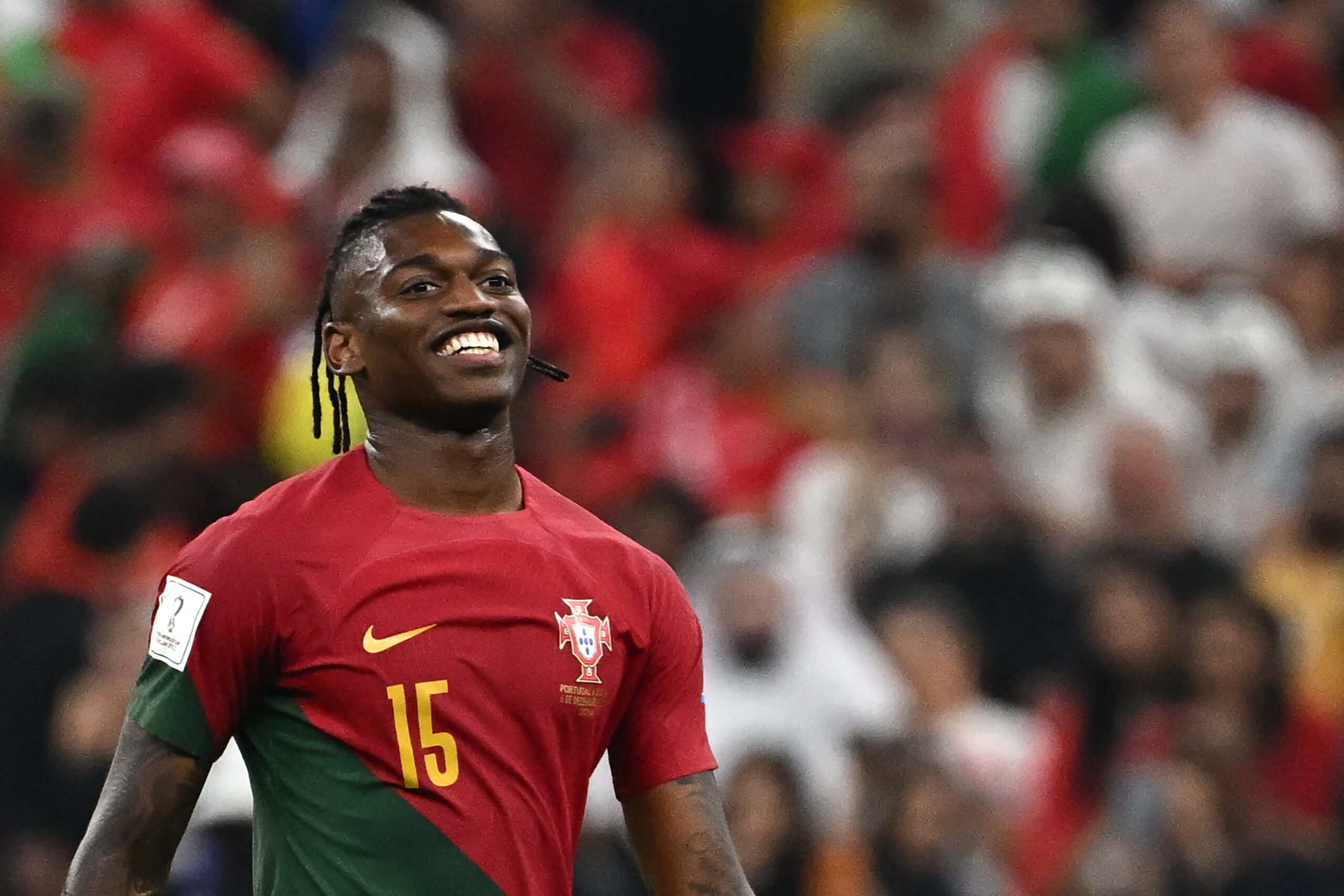 AC Milan have set a price tag of €100 million for Rafael Leao amid the transfer links with Manchester United, Manchester Evening News report.

The Portuguese star was instrumental in the Rossoneri’s league winning campaign last season, registering 11 goals and 10 assists from 34 appearances.

He has continued to shine this term with 11 goal contributions in 14 Serie A outings. The 23-year-old also has five goal involvements in the Champions League.

Despite this, there is uncertainty over his future as he is about to enter the final 18 months of his Milan deal. The Rossoneri currently value him at €100m.

United have been regularly linked with his services this year, but Manchester Evening News claim that the club are yet to register any concrete interest.

Leao could emerge as a January target for Man Utd

United are likely to spend on a marquee forward during the January transfer window and it has emerged that PSV Eindhoven’s Cody Gakpo is the priority target.

Gakpo has been in exceptional form with 13 goals and 17 assists from just 24 games for PSV and the Dutchman has his sights on playing as a striker for United.

Leao, who has operated on the left wing for Milan this term, is also capable of leading the line. He could be an alternative target if Gakpo is unavailable this winter.

Still, we don’t see United paying €100m for his services. A deal could be on the cards for around €70m but whether Milan are willing to negotiate is another question.

In news elsewhere, Zlatan Ibrahimovic has urged Leao to stay at Milan for the long-term and has warned him that he would have to start from scratch at a new club.