Sunderland vs United: A stadium of fight 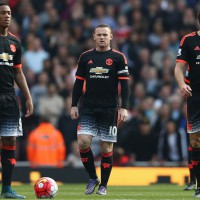 There are very few gifts in life, but writing satire on Sunderland the week Adam Johnson faces up to being called Patricia by his new cellmate is definitely one of them.

With a risk of this entire article being centred around prison jokes it’s probably best to get them out of the way now.

It’s unlikely we’ll see the Sunderland winger running around in his predator boots this weekend.

United’s biggest problem has been putting away their chances, fortunately Johnson will be put away at the first opportunity.

Hopefully Phil Jones, Marouane Fellaini and Memphis will also be investigated for incidents round the back of a Chinese soon.

Now that’s out the way we can concentrate on the game at hand and an ample opportunity for United to creep up the table. Speaking of creeping-no that really is it now.

United have shown an improvement in form of late, in the same way wiping the mud off a turd is improving the turd. It’s still a turd, but at least we can now see the turd is there.

Van Gaal has put the improvement down to a strong mentality, it must have taken some strong mentality for Memphis to make such an obnoxiously stupid decision last weekend and cost United three points at Stamford Bridge. Definitely strongly mental.

Dropped points amongst the top four will give United a glimmer of hope that they can secure European football next season. More hope than some have this weekend.

None of United’s first eleven have been involved in any court hearings this week which gives Van Gaal some more flexibility in choosing the team than his opposition.

Other than the usual absentees Varela, Januzaj and Phil Jones suffered injuries playing in the under 21 side this week. Almost like they should have been rested for the first team.

A bright spark in Will Keane has been recognized and will be part of the squad that travels to Sunderland on Saturday. Some flair and end product that United have been lacking of late.

Sunderland sacked winger Adam Johnson on Thursday after he pleaded guilty to charges of grooming and sexual activity with a child.

Jeremain Lens, Younes Kaboul and Duncan Watmore all miss out through injury. Billy Jones is doubtful, but Fabio Borini has recovered from a virus.

So many times United have relied on Anthony Martial this season. One that was supposed to be waiting for his call to come in the future has found himself a key member of the first team. Without Martial, his goals and assists it really isn’t worth thinking where United would have been this season.

Martial has proved wonderful out on the left and seems to be growing in stature with every match. If he can continue his form, there is absolutely no reason why United can’t keep this purple patch up.

Although he is unlikely to feature, many will hope to see a debut for Will Keane. Having scored five against Norwich recently, there is no reason the youngster shouldn’t be tested in the first team. Lets be honest, there’s really not that much of a difference in quality.

Hopefully this weekend will focus on youth. Although that really has been the problem this week. Ok I’m done now. 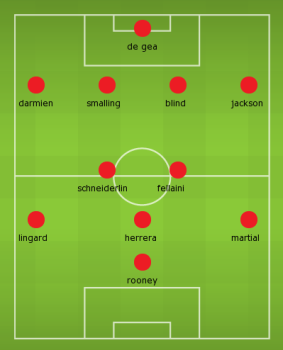