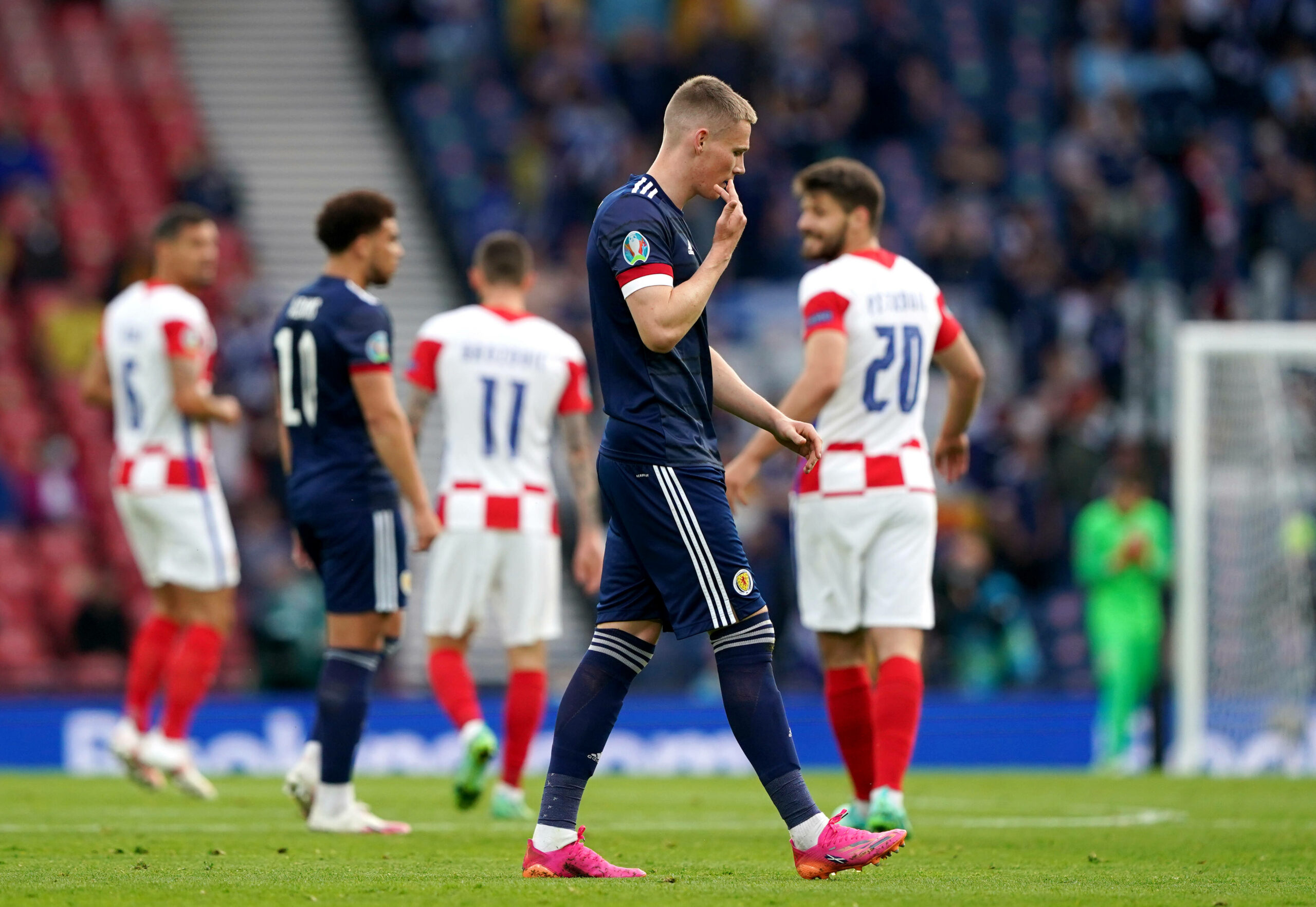 Scotland’s hopes of advancing to the next round of Euro 2020 were dashed after their 3-1 loss to Croatia yesterday.

They finished the group stage in last spot after collecting just one point.

They started the tournament poorly after suffering a humiliating 2-0 defeat to Czech Republic.

England were favourites to beat them but their courageous display helped them carve out a point.

They needed a win against Croatia but failed miserably as they bowed out of the tournament.

Manchester United midfielder McTominay didn’t make any errors but also struggled to inspire his side.

He was solid for Scotland in their opening game, shoring up the midfield and helping his team remain compact.

However, he failed to make driving runs from the deep which he is known for with the Red Devils.

Against England, he played as the right-sided centre-back and acquitted himself well in that unfamiliar position.

It was expected that Steve Clarke would reinstate McTominay in midfield against Croatia after Billy Gilmour was tested positive for COVID-19.

But the 24-year old started alongside Grant Hanley and Tierney in the three-man defence.

He failed to impose his presence but the loss was more attributable to the collective failure of the entire team than any individual.

Overall, it was a below-par tournament for the United academy product.

United fans will be expecting him to re-energise himself before their first preseason game against Derby County on July 18.