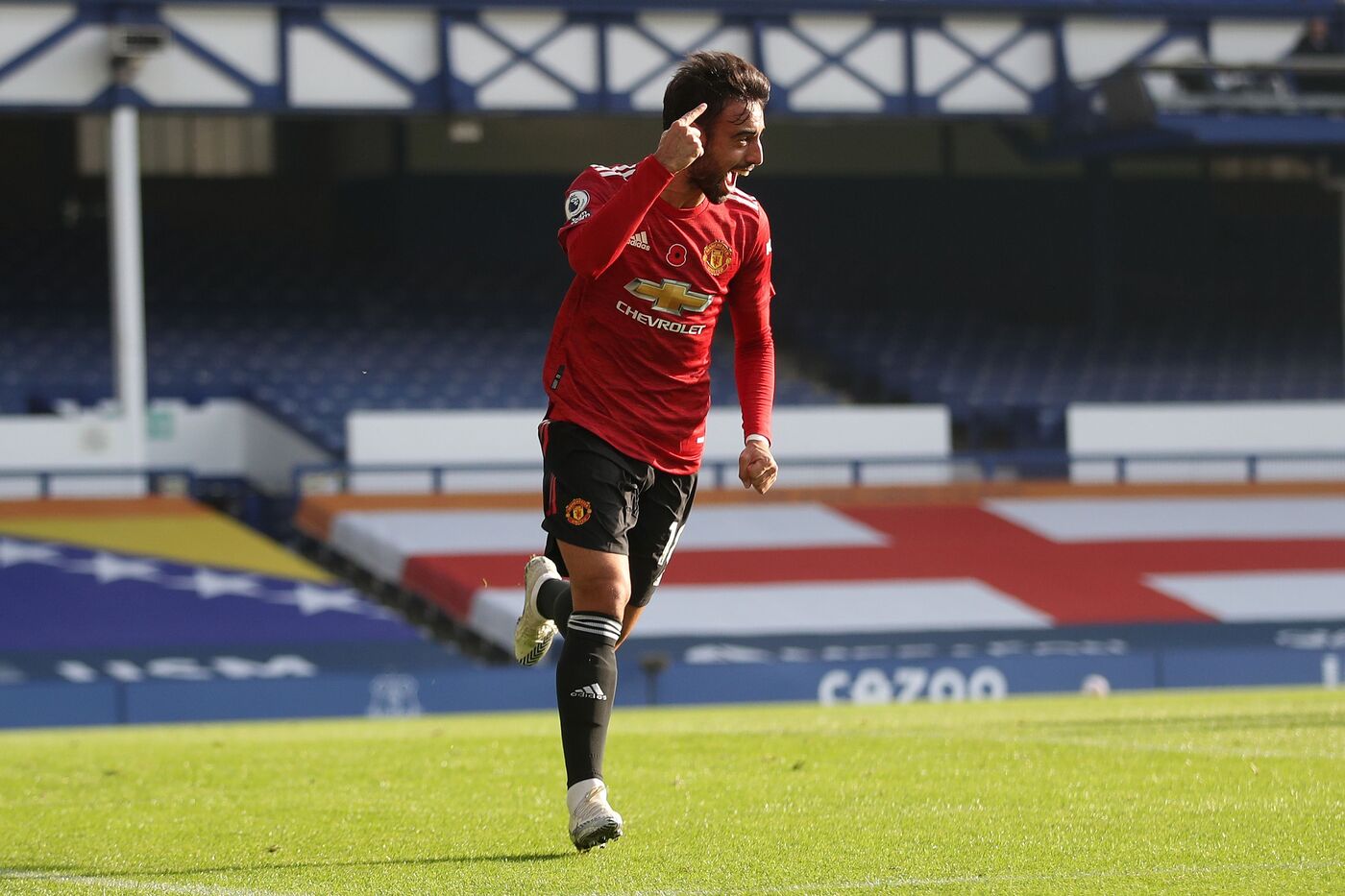 Manchester United came from behind to beat Everton 3-1 at Goodison Park on Saturday lunchtime, less than three days after travelling to Turkey in the Champions League.

Bruno Fernandes scored a brace in an eight-minute spell in the first half, after Bernard had given the hosts the lead.

The victory moved United to 13th after eight games, with other teams still to play their fixtures this weekend.

Here are five things we learned from Everton 1-3 Manchester United:

Despite being in the bottom half of the table and with many calling for the head of Ole Gunnar Solskjaer, today’s victory at Goodison Park is actually the seventh consecutive on the road – the longest away winning streak in the league for an incredible 27 years.

United have taken just one point from four home games this term but won all three on the road – Brighton & Hove Albion, Newcastle United and now Everton, scoring 10 goals in the process, compared to just two at home when opponents tend to come to Old Trafford and sit back.

Victory would have moved Everton level on points with Southampton at the top of the Premier League and they made a great start, with Bernard’s strike going through the legs of Aaron Wan-Bissaka and deceiving David de Gea.

However, it was a resilient display from United to equalise and then get on top of the game, before ultimately winning. That was largely thanks to Fernandes – his first goal was by picking up space in the penalty area for a free header, before his second was a cross that evaded everyone before going in off the post.

It was a team effort though and Everton rarely tested de Gea after the opening goal. A really encouraging performance.

There’s no denying that Fernandes is a world-class midfielder and his stats will back him up for any non-United fan who have any doubts.

After his brace today, only Mohamed Salah (14) has scored more Premier League goals than Fernandes’ 13 since the Portuguese superstar made his debut at the start of the year. He also has a league-high 10 assists during this run too.

Today was another example of how good United are when moving the ball quickly. Mostly Fernandes in the number 10 role, but Marcus Rashford and Anthony Martial both had a positive impact.

Rashford should have scored the second and there were a couple of poor first touches from Martial, but otherwise United were a delight to watch.

5. Was van de Beek signed to sit on the bench?

Scott McTominay (5), Paul Pogba (4) and Daniel James (3) have all been handed opportunities in the starting line-up this season, but Donny van de Beek still can’t get one.

The Dutch international didn’t get on the field at all today and has five substitute appearances for a combined 77 minutes since his big-money move from Ajax.

What is the plan for the 23-year-old? Has Solskjaer seen something in training that he doesn’t like? It’s one of the 2020/21 Premier League’s biggest mysteries to date.