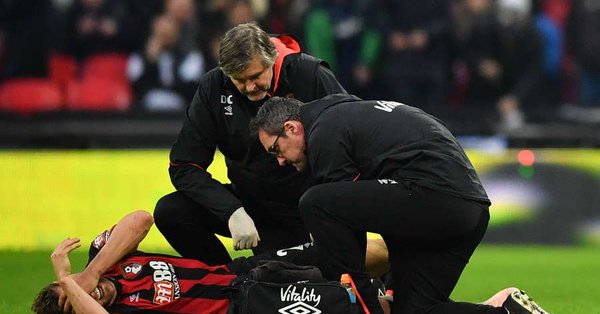 Ole Gunnar Solskjaer’s Manchester United host Bournemouth at Old Trafford on Sunday looking to make it three wins out of three under the caretaker manager.

Convincing victories over Cardiff City and Huddersfield Town have moved us to within eight points of the top four at the halfway stage of the 2018-19 Premier League season.

The Norwegian manager confirmed this morning that Chris Smalling is ruled out indefinitely for the weekend’s game and that Alexis Sanchez, Romelu Lukaku, Anthony Martial, Marcos Rojo and Scott McTominay are all unlikely to feature having not featured in full first-team training on Thursday.

Visitors Bournemouth have a number of key first team players ruled out for their trip to Old Trafford too. Manager Eddie Howe confirmed earlier today that neither Dan Gosling nor Adam Smith will return in time to face us. Meanwhile captain Simon Francis is out for the long-term after rupturing the anterior cruciate ligament in his right knee in the Cherries’ 0-5 loss at Tottenham Hotspur on Boxing Day.

Recently capped England international Lewis Cook is also out for the long-term.

Bournemouth have lost seven of their last nine Premier League matches, shipping 21 goals in the process.