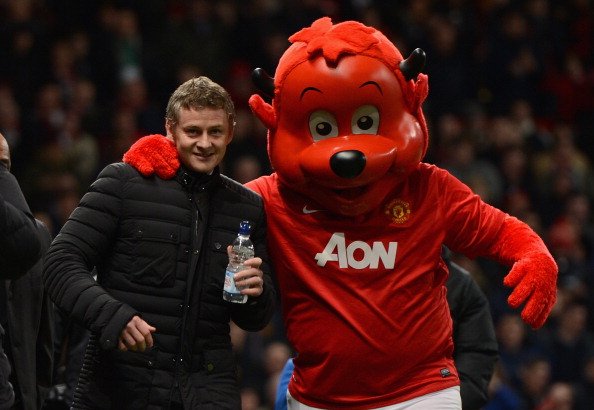 Ole Gunnar Solskjaer takes charge of Manchester United for the first time this weekend as we travel to his former side, Cardiff City.

The United hero was briefly in charge of the Bluebirds during the second half of their 2013-14 Premier League campaign but was unable to avoid relegation.

Solskjaer takes the reigns with United 11 points off fourth spot and a trip to a Cardiff side who have won four of their last five at home.

Here is the starting XI I wouldn’t be surprised to see named on Saturday:

Goalkeeper: David de Gea
There’s no doubt that David de Gea’s name will be one of the first on the list. The Spaniard was unfortunate with two wicked deflections that beat him in the final 20 minutes last weekend.

Defence: Antonio Valencia, Eric Bailly, Victor Lindelof, Ashley Young
Now that Jose Mourinho has departed I think we’ll see Antonio Valencia and Eric Bailly return as regulars in the starting XI. With Chris Smalling a doubt Victor Lindelof should be the Ivorian’s centre-back partner. Luke Shaw too is a doubt to make his return so I can see Ashley Young being the left-back for the time being. I can’t imagine Solksjaer will want to make too many changes to the defence having only been in charge of the team for a couple of days.

Midfield: Nemanja Matic, Ander Herrera, Paul Pogba
I think we’ll stick to the 4-3-3 formation this week as the new manager wouldn’t have had much time to work on tactics. You can be sure that Ole Gunnar Solskjaer is going to play Paul Pogba. The 2018 World Cup winner didn’t start any of Jose’s final three Premier League matches. Let’s hope the Norwegian can get the best out of the club’s record signing. Nemanja Matic will sit in front of the back four and I see Ander Herrera getting the nod over the likes of Marouane Fellaini and Jesse Lingard.

Attack: Juan Mata, Marcus Rashford, Anthony Martial
Romelu Lukaku has had a couple of days off so I don’t expect him to play. This means we should see Anthony Martial on the left and Marcus Rashford in the middle, offering an abundance of pace in attack. Juan Mata has to become a regular between now and the end of the season. With Pogba in the starting lineup I think Mata will play out wide for the time being before the boss moves over to a different formation. Marcus Rashford over Anthony Martial down the left wing as the latter is only just back from injury. 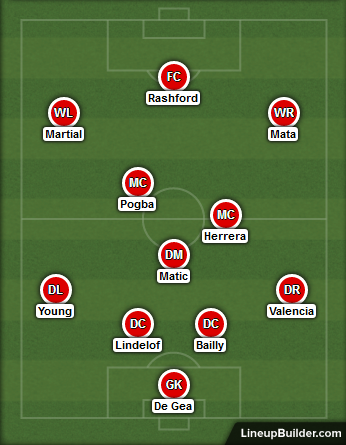 Sky Sports pundit predicts who will be next Man Utd manager
Can we turn our season around under Solskjaer?