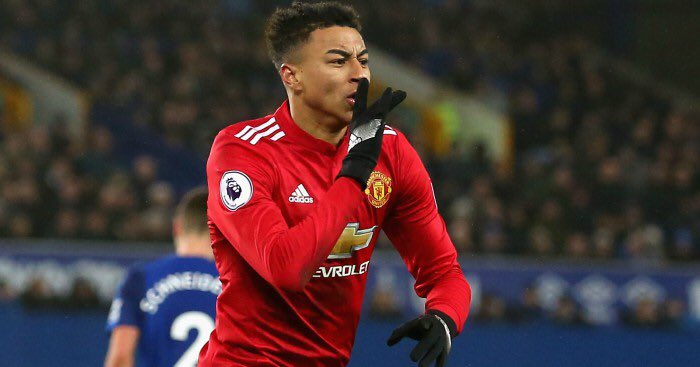 Our top four chances are starting to slip away after being held 0-0 at home by Crystal Palace last weekend. Anything less than three points this weekend as Jose Mourinho can forget about ending the year in the Champions League places.

Southampton have only won one game all season and pressure is intensifying on manager Mark Hughes. The Saints start the weekend in 18th spot and only off the bottom on goal difference.

Here’s the team I think Jose will field to get three points at St Mary’s:

Goalkeeper: David de Gea
Kept only his second clean sheet of the season last weekend but David de Gea must be confident of producing back-to-back shut outs against one of the league’s lowest scoring teams. Southampton has scored only 10 goals in their 13 matches so far.

Defence: Ashley Young, Chris Smalling, Phil Jones, Luke Shaw
Luke Shaw is back from suspension to return to his left-back role meaning Ashley Young can move back to the right-hand side of our defence where he has been playing for the past two months. Young was rested in the Champions League. Phil Jones came in for the injured Victor Lindelof against Young Boys midweek and should keep his place alongside Chris Smalling in the heart of our defence.

Midfield: Nemanja Matic, Paul Pogba; Juan Mata, Jesse Lingard, Anthony Martial
In a game that we will dominate possession and territory I expect to see Juan Mata starting down the right wing to carve open the Southampton defence. Paul Pogba should start alongside Nemanja Matic but expect the French international to spend most of the game in the opponents half. This would mean Fred and Marouane Fellaini drop out. Jesse Lingard will likely play off the striker again and does a better job here than when he plays out wide. Anthony Martial’s goalscoring streak came to an end last weekend but don’t be surprised if he’s back among the goals again on Saturday.

Striker: Romelu Lukaku
Despite barely touching the ball in 90 minutes versus Crystal Palace and not threatening a single shot on goal, I think Jose will stick with Romelu Lukaku as the sole striker. Let’s hope the likes of Pogba and Mata can create chances for the big man against the relegation battlers. Marcus Rashford started midweek so Lukaku coming in would be a fourth change we’re predicting from the Young Boys game.

Here’s how we line up on paper: 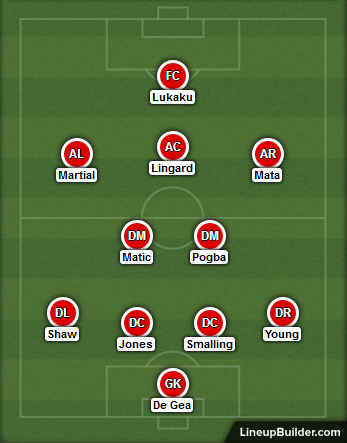